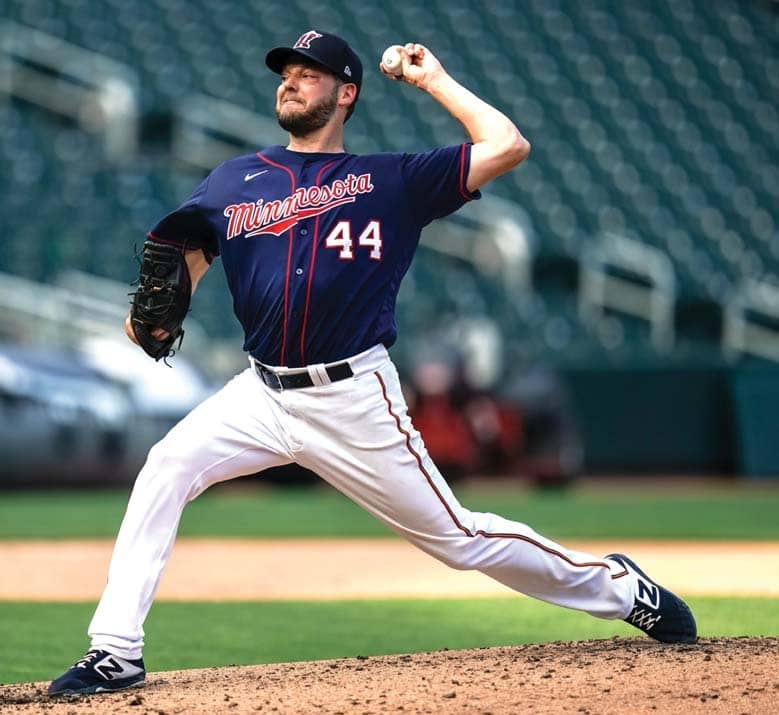 One of baseball’s oldest catchphrases is “spin to win.” For most of the game’s history, it referred to the success a pitcher could have with a particularly nasty curveball.

Now, as analytics and technology have found new ways to quantify the various qualities of pitches, the thought is universal:

The higher the spin, the bigger the win.

That philosophy is particularly evident in the north-south pitching strategy that has become en vogue across all levels of the game. The theory is simple: Throw a high-spin fastball at the top of the strike zone, then pair it with a high-spin curveball that starts at the top of the zone before diving sharply. If executed correctly, the result should be plenty of swings and misses.

“All this stuff started several years ago in professional baseball. There’s a direct correlation between spin rate and swings and misses—and that’s on fastballs and curveballs or sliders,” said Georgia Tech pitching coach Danny Borrell, who spent years as a minor league pitching coordinator with the Yankees.

“It’s not a secret anymore, but everybody is looking for that high-spin fastball and breaking ball. And then you turn yourself into a north-south pitcher and the faster you spin it, obviously you can live a little higher in the zone. Again, it goes back to analytics, but you get swings and misses up in the zone.”

A pitcher who can throw a fastball with both high velocity and high spin has a higher margin of error. It’s that simple. The best hitters in the world can hit high-velocity fastballs with average characteristics because they’ve seen them many times before and can react accordingly. But because the reaction time is so slim, any wrinkle of deception throws off their timing and gets the ball by them more frequently.

“From a young age, you’re taught to split the plate in thirds or halves, then you want to locate in that lane, down and away and if you miss you’re going to get hit. We’re taught that from age 9,” said Georgia State pitching coach Matt Taylor, who pitched and scouted professionally.