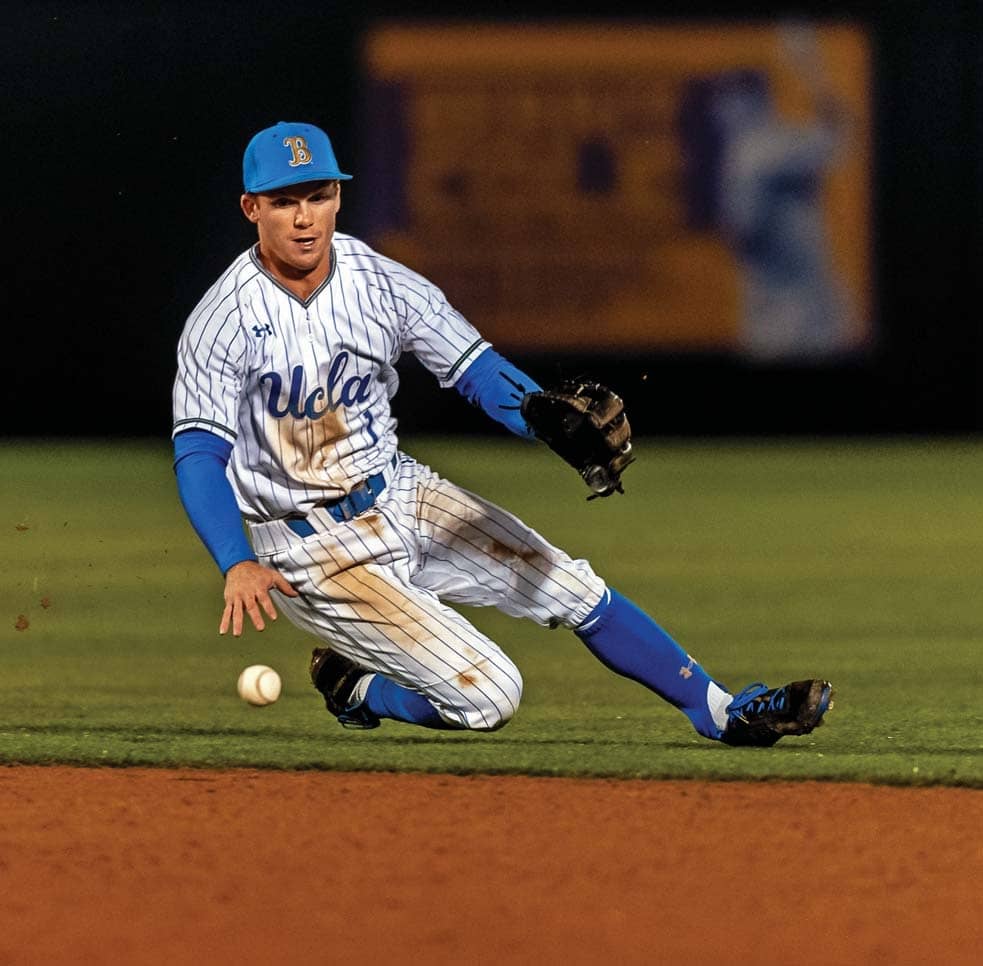 Matt McLain didn’t have the freshman season at UCLA that he would have wanted or that most expected he would.

Expectations were high for McLain after he spurned the D-backs as a first-round pick in 2018 and chose to stick to his college commitment at UCLA. But instead of imposing his will from Day One, he struggled, hitting .204/.276/.355 in his first season.

“There were for sure struggles there, as everyone saw,” McLain said. “That was the first time that I’ve really struggled at the plate like that in my life.”

Context matters, though, and this wasn’t just a freshman struggling to make the transition up to high-level Division I baseball, though that was certainly at play as well.

He was also taking one for the team and playing out of position. Naturally a shortstop, McLain spent more time in center field in 2019, with some third base mixed in, in deference to Kevin Kendall, who is a year ahead of McLain in the program, and later Ryan Kreidler, who was enjoying an outstanding junior season.

UCLA coach John Savage thinks that his adjustments to unfamiliar positions at least played a role in his struggles offensively.

“We moved him around a lot his freshman year,” Savage said. “We put him in center, he really hadn’t played center really ever, and I think that had a lot to do with his offense. We moved him over to third when we moved Kreidler to short, and then (Garrett) Mitchell went from right to center, clearly.

“We ended up moving him around a lot, and I think you can make a case that was part of his struggles, not being as connected to the game as he was as a shortstop.”

Those struggles provided the fuel for McLain to improve and allowed him to show off one of his more notable traits: mental toughness.