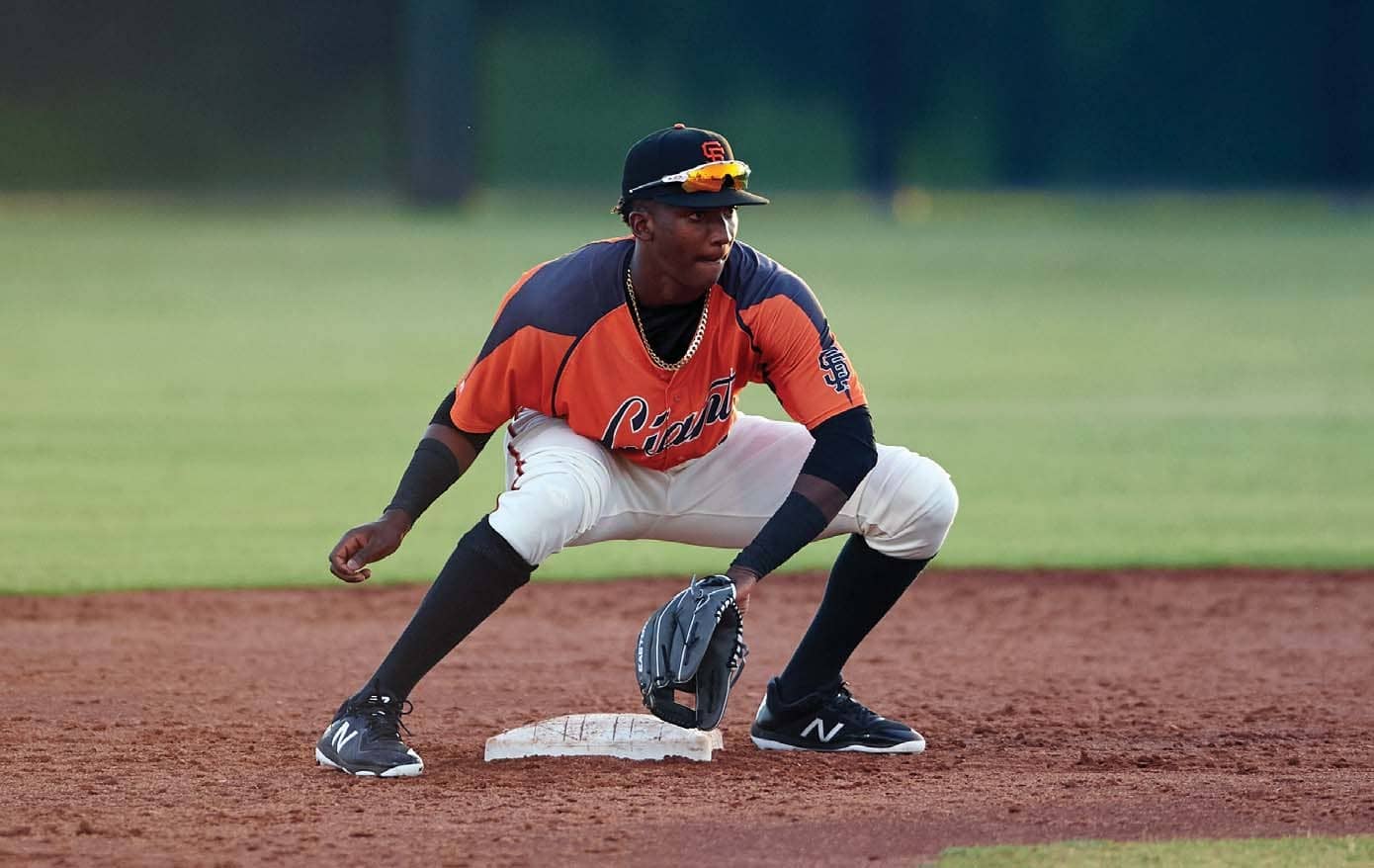 San Francisco invited Marco Luciano to its summer camp, even though the 18-year-old shortstop had yet to appear in full-season ball

Marco Luciano’s first look at San Francisco’s picturesque Oracle Park came in January, when the 18-year-old Dominican shortstop was part of a group of prospects invited to the Giants’ minicamp.

Back then, the diamond Luciano hopes to call home one day looked larger than life.

“When I was there in January, I felt like the park was extremely big,” Luciano said, with help from a translator, “but now that I’m on the field it feels like the ball really flies in the stadium.”

It’s easy to feel that way when your first swing redirects a 95 mph fastball for a long home run against a pitcher with big league experience. That’s exactly what Luciano did in his first intrasquad action as a member of the 60-man player pool the Giants assembled in preparation for the 2020 season.

Not even a four-month shutdown in the wake of the coronavirus pandemic could slow the ascent of Luciano, who ranks as the Giants’ No. 1 prospect and No. 21 overall on the midseason Top 100 Prospects list.

While Luciano will not make his big league debut in 2020, he will move to the Giants’ alternate training site at the home of their Triple-A affiliate in Sacramento. There, he will continue getting as much development as possible during what will likely be a lost year for many minor leaguers.

Under normal circumstances, the wunderkind would have started the season at low-Class A Augusta, looking to provide an encore to a tremendous pro debut in the Rookie-level Arizona League in 2019.

Even before he’d gotten an official pro-at-bat, the Giants were confident enough with what they saw from Luciano after signing him in 2018 to skip him over the Dominican Summer League the following year.

Facing a variety of differently experienced pitchers in extended spring training in 2019, Luciano quickly showed he wasn’t a player who would be easily intimidated or overpowered.

“I know he had a tough draw in his first actual at-bat against a pro pitcher in the United States, which was Josiah Gray from the Dodgers. Him and John Rooney,” Giants farm director Kyle Haines said of Luciano’s time at minor league spring training in 2019. “I remember he had a tough draw and his first couple of games were rough. People were saying, ‘Oh, he’s still young,’ but we thought, ‘Just keep pushing him out there and he’ll adapt.’ ”