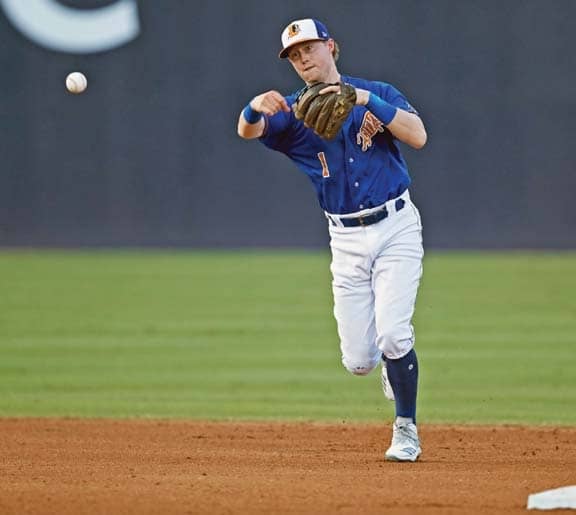 Then came a question about the looming addition of the 26th roster spot. When it did, the second-year manager beamed.

“One spot on your roster, I wish I would have had that a few times last year,” Woodward said. “I think it’s going to change a lot of teams. Maybe keeping that extra bat on the bench provides a little bit more versatility for a manager to go to at times, or having that extra pitcher, especially with the three-batter minimum.

“It’s going to be a little different. I want that extra guy, as every manager does.”

Major League Baseball announced a series of rules changes last spring that would take effect in 2020. Among them: An increase in active roster size from 25 to 26 players, a requirement that all pitchers face a minimum of three batters or pitch to the end of a half-inning and an increase in the minimum time a player spends on the injured list from 10 days back to 15 days.

The MLB Players Association did not agree to all of the rules changes—most notably the three-batter minimum—but commissioner Rob Manfred said at the Winter Meetings the changes will be implemented as scheduled.