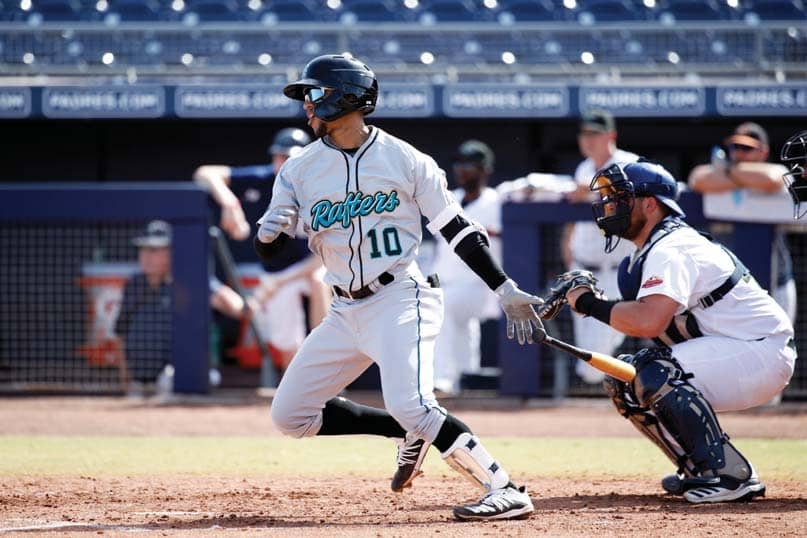 On the Monday following the draft, Major League Baseball lifted its ban on scouting—though it did limit teams to three scouts per event—which meant amateur departments could begin covering the yearly showcase circuit in advance of the 2021 draft.

And in preparation for what looked like a severely shortened major league season—at press time, the negotiations between MLB and the players’ union looked like they would result in a season between 60 and 70 games— the league instructed teams to begin selecting sites within 100 miles of their home parks where their taxi squads could train.

Though the number of players wasn’t official, the aims of the taxi squads were to provide a group of reinforcements for the big league team in case of injury or ineffectiveness and to keep some of their higher-priority prospects in some semblance of game shape.

The taxi squads were also the first hints of in-person player development since the sport shut down on March 12 as a reaction to the coronavirus pandemic. Since then, it’s been the responsibility of the players to stay in game shape without access to team facilities or even local gyms, which had been shut down in most areas because of the pandemic.

Otherwise, MLB had banned all organized workouts at team facilities, and nobody was sure when the ban would be lifted. In the meantime, prospects were missing out on games, at-bats, and innings of development.

At some point, though—probably after the negotiations in the major leagues reach their conclusion—things will resume as much as the virus will allow. The question is: What will player development look like in 2020?

“Honestly, I think all of us on the player development side—and I don’t want to speak for all the other minor league PD people—I think we’re just waiting to see what’s going to happen with the MLB season,” one National League farm director said. “Until the major league season is resolved, we’re not going to get any answers on the minor league side as far as what we can or can’t do. This uncertainty about when the major league season will start is causing us a lot of uncertainty on the player-development side as well.

“It just feels like once the MLB season gets resolved—how many games are they going to play?—and then as people start to do the numbers on the books and figure out how much that’s going to cost and how much is left over,” he continued, “then MLB is going to probably start to process, ‘What does (Arizona) Fall League look like? How many games is it? How many teams is it? What should we allow teams to do just for safety reasons?’ ”

Until then, just about all that teams are left to do is a check-in with players via phone calls and Zoom chats. Obviously, that is no substitute for in-person, on-field instruction or games during a regular minor league season.

“It’s tough. People just don’t want to hear your voice for very long over phones and calls,” the farm director said. “You definitely don’t want to burn the kids out or the staff out, but you try to create content and use it as a way from them to grow their minds and ask them to send video in so you can still stay connected to them and then just talk about questions they might have.

“It’s been tough. We started out doing some educational stuff online, but you could tell that the players just wanted to get out on the field and play baseball.”

Though a regular minor league season seemed very unlikely in the days following the draft, there had been no official announcement that it was going to be canceled.

Rises in cases of coronavirus across the country, plus continued bans on mass gatherings that would allow more than a few hundred fans in a ballpark at any given time, however, made it incredibly difficult to picture any minor league baseball played at affiliates until 2021.