MAY THE BEST IDEAS WIN 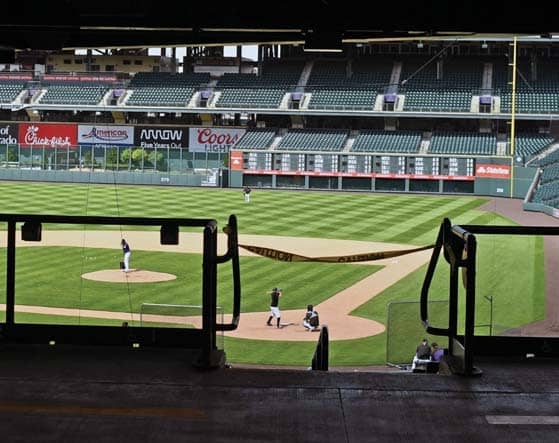 This isn’t an in-game issue. It’s not about parity, tanking or banging garbage cans. It has nothing to do with runners on second base to begin extra innings or three-batter minimums.

It has to do with rules of how the game are structured. Whether it’s in-person pro scouting, the prospective Arizona Fall League season or the structure of the minor leagues, front office officials see a worrying trend.

Instead of allowing teams to carve their own paths and letting the free market of ideas demonstrate what works and what does not, MLB appears to be heading in the direction of a command economy, where decisions are made at the top to ensure that all teams abide by the same set of rules and structures.

It’s a one-size-fits-all approach in a sport that has long encouraged non-conformity.

Many great ideas in baseball, such as Branch Rickey’s development of a farm system and racial integration of the game, Bill Veeck’s promotions and Ewing Kauffman’s Royals Academy, have come from free-thinking iconoclasts. Now, there is a push to ensure that everyone operates identically.

The clear goal is for everyone to operate under the same rules, but the subtext is just as important. Teams that want to operate in a more efficient, i.e. cheaper, way don’t want to permit other teams to take a different, more expensive approach.

Look back at the drawn-out decisions over continuing to pay minor leaguers weekly per diems. Owners in several cases didn’t want to spend the money, but they also didn’t want to seem cheaper than their peers.