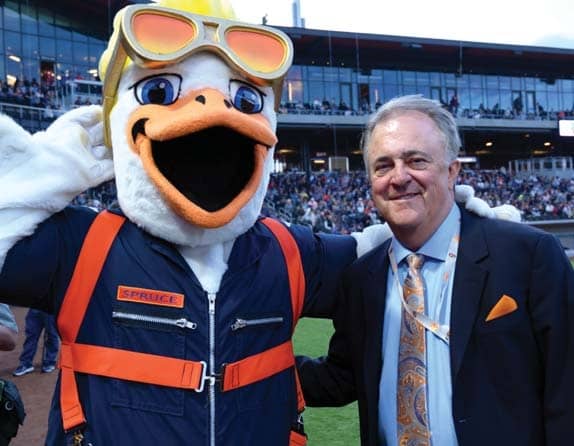 Through different ownership groups and major league affiliations, Don Logan has been the constant in Las Vegas pro baseball since its inception.

Though Logan’s leadership has long been appreciated in his organization and community, the unveiling of his crowning achievement, Las Vegas Ballpark, has earned him national recognition, including the Baseball America Minor League Executive of the Year award.

The new ballpark opened this year to rave reviews and Minor League Baseball’s largest total attendance. It was the culmination of 15 years of work by Logan and the Triple-A franchise he leads.

Along with the new park came a whole new brand identity—Las Vegas Aviators—and a new relationship with the parent Athletics. The park— named through an agreement with the Las Vegas Convention and Visitors Authority—is Logan’s magnum opus, a night-and-day change from their former home and the realization of Logan’s vision of the park as the best venue in the minor leagues.

“This was the toughest thing I’ve ever tackled. This was two full years, all day, every day. I’m talking seven days a week, something was going on with the ballpark,” he said. “My wife, she didn’t see much of me the last couple years. She’s a superstar.”