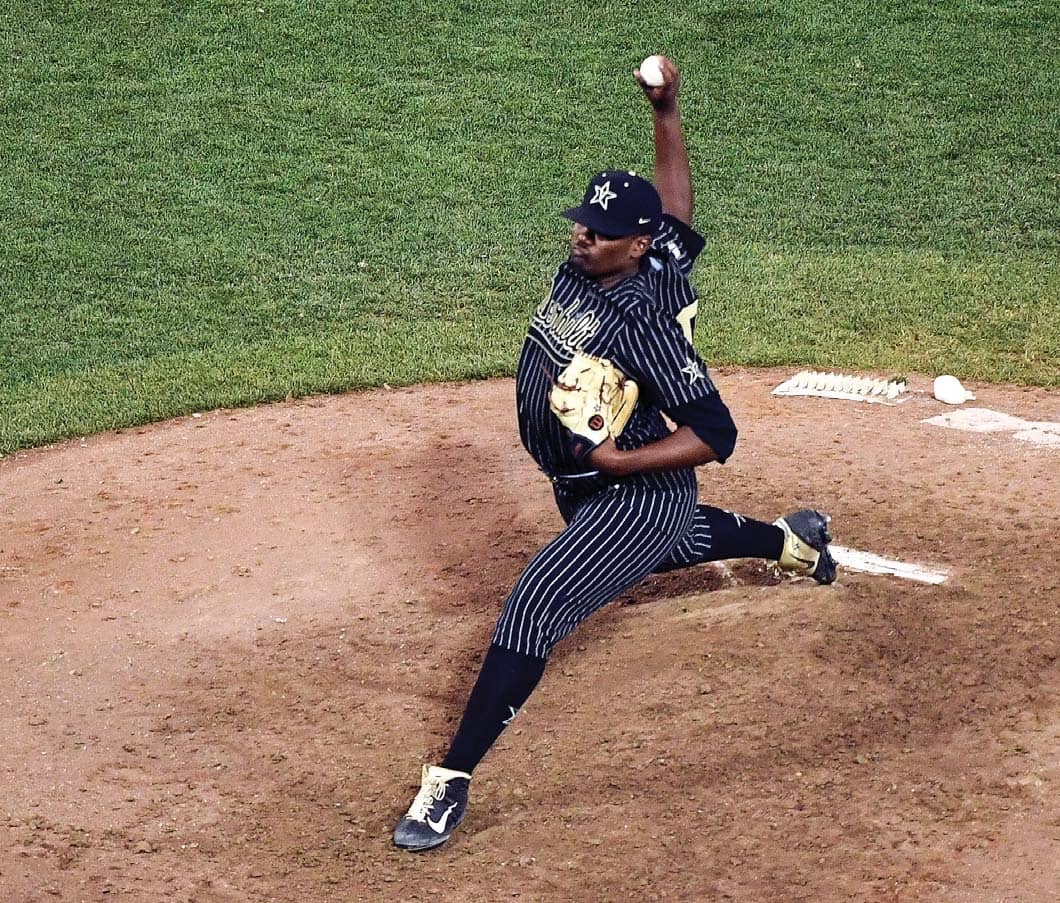 The air in Hawkins Field crackled with a heightened anticipation on the evening of June 8 as Vanderbilt prepared to face Duke in Game 2 of the Nashville Super Regional. Duke had upset the hosts in Game 1, putting the Blue Devils one win away from their first trip to the College World Series since 1961. Standing in their way were the Southeastern Conference champions and freshman righthander Kumar Rocker, who were looking to force a decisive third game.

With his powerful fastball and hard slider working in tandem, Rocker was electric. Batter after batter went down swinging, unable to connect with his slider darting out of the zone. He would finish the night with 19 strikeouts and a no-hitter, the first-ever thrown in super regionals.

On the big stage, the 6-foot-4, 255-pound freshman captured the attention of the sports world in a way few, if any, college baseball performances ever have. Rocker followed up that historic night with two more outstanding starts in Omaha to help Vanderbilt to the national championship and win the CWS Most Outstanding Player award. He was also named Freshman of the Year after going 12-5, 3.25 with 114 strikeouts and 21 walks in 99.2 innings.

After his sensational season, Rocker spent the summer at Vanderbilt working out. The break from baseball gave him a chance to reflect on the spring but, even then, he didn’t revel in it.