Getting Better All The Time 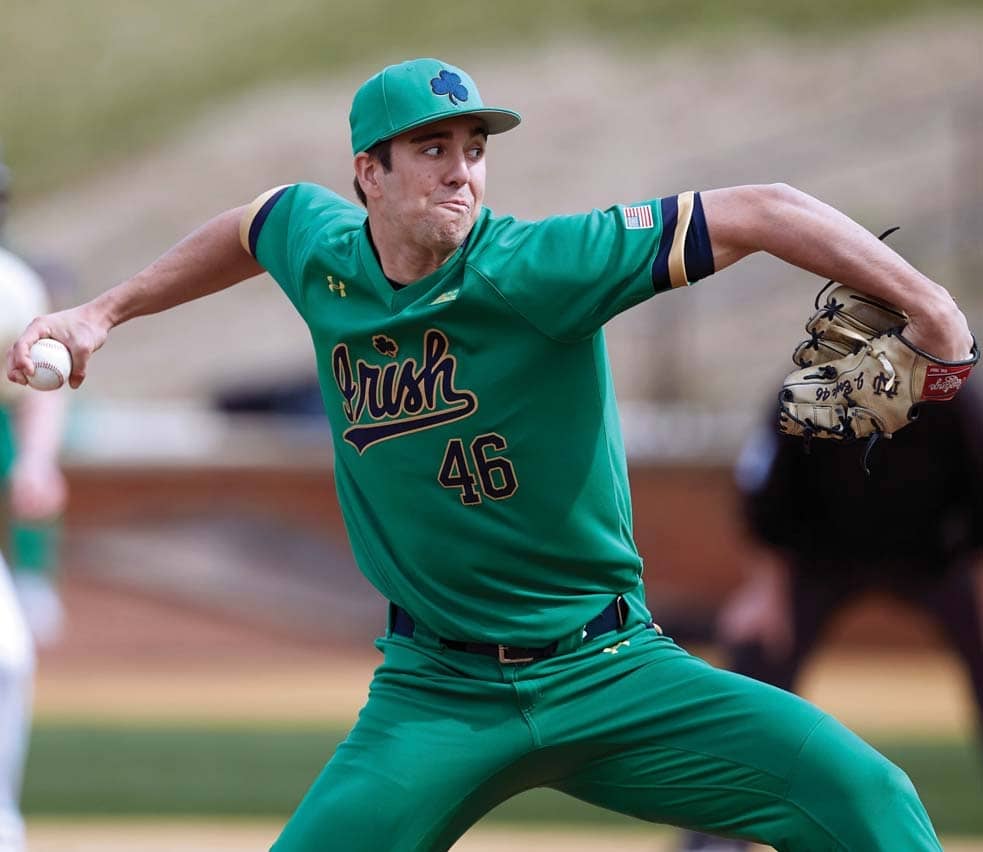 Joe Boyle has a big fastball, but he’s almost apologetic about it.

The Notre Dame junior right-hander believes he topped out at 102 mph two summers ago in the Northwoods League, according to his teammates with the Kalamazoo Growlers, but said he isn’t sure what his maximum velocity was last summer in the Cape Cod League.

“I just see three digits and I’m pretty happy about that,” Boyle said.

Chuck Ristano, in his 10th season as Fighting Irish pitching coach, considers the 6-foot-7, 240-pound reliever a seeker, someone who is constantly looking to improve his understanding of his own arsenal and pitching in general. But there are times when he’d like to see Boyle be more direct in his mound approach.

“Having the combination of that physical ability and also his want to know everything—biomechanically, video, pitch metrics—is all part of what makes him so much fun to coach,” Ristano said. “There’s also times you want to say, ‘Hey, man, just go let that thing eat through the strike zone.’ ”

Boyle did that well enough for Harwich last summer to create predraft buzz. In 21 innings (including the playoffs) on the Cape, Boyle went 1-2, 2.14, struck out 39 batters, walked 14 and held opponents to nine hits. Scouting directors liked what they saw enough to vote him a Preseason All-America.

Boyle struggled with his control during his first two years at Notre Dame. As a freshman, he threw just two innings over eight appearances, walking eight batters and striking out one. He improved as a sophomore but still walked 27 in 25.2 innings while going 3-3, 5.96 with 39 strikeouts.

On the Cape, however, Boyle stayed in his delivery better than he had previously. He also flashed a plus 86 mph slider to go with his overpowering fastball. When he got back to campus, he spent the fall working on a circle-changeup, a necessary addition in anticipation of a possible move to the rotation.