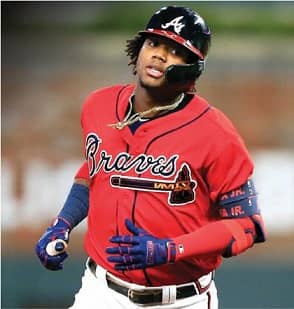 As players from Latin America account for historically large shares of major league playing time, their impact on the game is clear

That is the highest PA share ever for Dominican batters. Players like Eduardo Escobar, Eugenio Suarez and Jose Altuve helped players born in Venezuela account for 13% of major league plate appearances in 2018, marking the highest share in major league history for that country.

Venezuela’s PA share slipped to 10.9% in 2019, but the country counts Ronald Acuña Jr. and Gleyber Torres among its ranks, so it does not hurt for emerging impact talent.

While the Dominican Republic and Venezuela are the No. 2 and No. 3 talent suppliers to Major League Baseball—and have been every season since 2004—the same pattern of peak major league representation holds throughout much of Latin America.