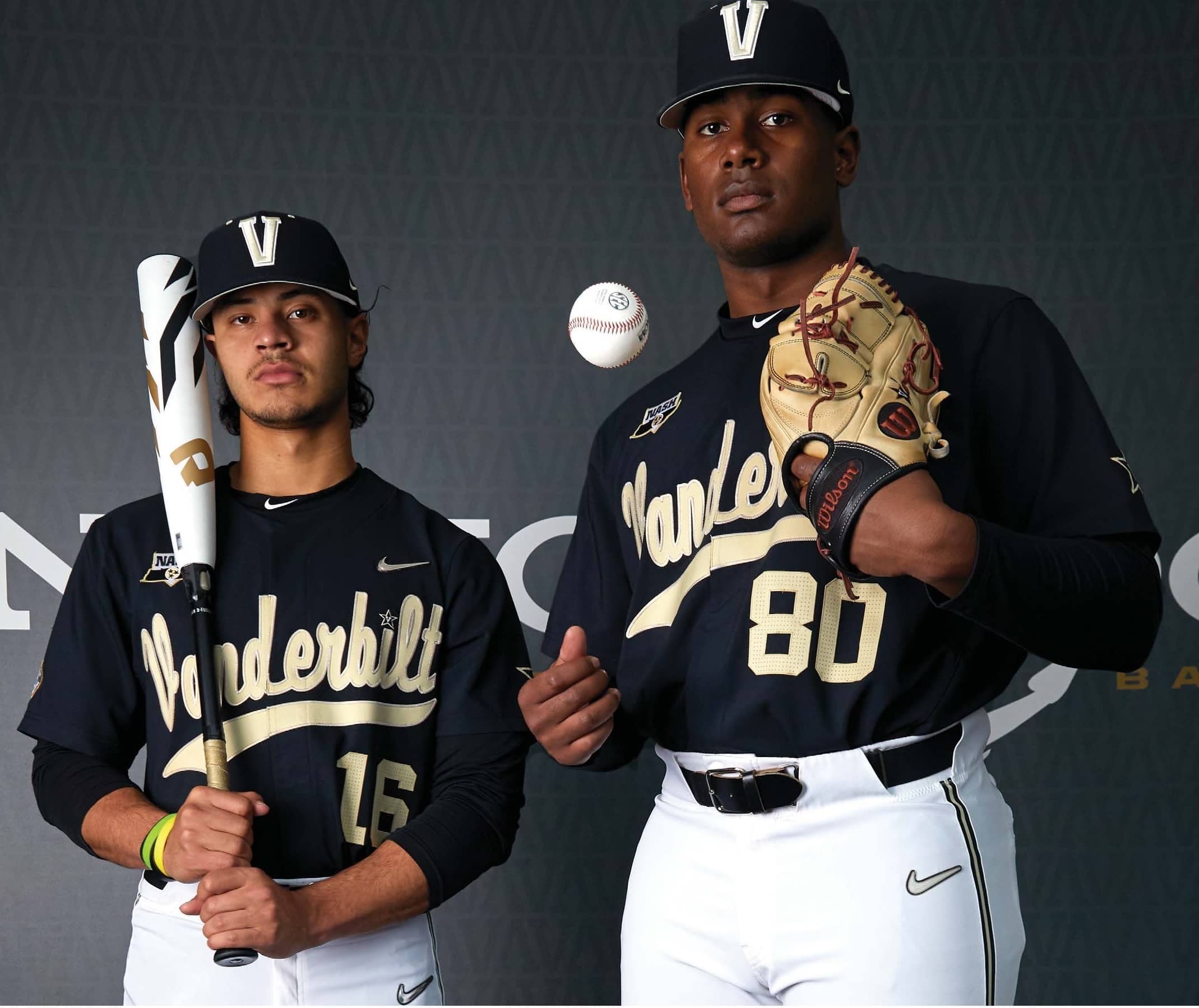 Vanderbilt coach Tim Corbin knows the Commodores’ historic 2019 season will be hard to top. So his focus is on forging a new identity for his similarly talented 2020 team—one that enters the season ranked No. 1 in the nation.
TEDDY CAHILL
From his spacious office just behind the monstrous left-field fence at Hawkins Field, Vanderbilt coach Tim Corbin has the perfect perch from which to consider his program’s direction. Last fall, following the Commodores’ second national championship in six years and with a new decade about to dawn, was an opportune time to consider the future in Nashville.

At Vanderbilt, the refrain is typically their slogan, “Anchor down.” But around Hawkins Field, “Full steam ahead” has been more appropriate for the Commodores during Corbin’s first 17 years at the program’s helm.

Corbin’s office is still relatively new. He has occupied it for two years and it sits atop an impressive, expansive player development facility that cost $12 million. It was the latest development at Hawkins Field, which itself opened in 2002, just months before Corbin took over the program. Built within the footprint of McGugin Field, which served as the Commodores’ home for 76 years, over the last two decades its seating capacity has doubled as it has grown out of the shadow of its neighbors, Vanderbilt Stadium, the football team’s home, and Memorial Gymnasium.

Everything about Vanderbilt baseball has undergone a similar change under Corbin. The program, which had only made the NCAA Tournament three times before his arrival, has become one of the sport’s gold standards and now boasts a pair of national titles. It is a recruiting juggernaut, regularly drawing premium high school players from across the country to Nashville. The program’s success stretches beyond the diamond. Vanderbilt has become one of the most diverse teams in the country at a time when college baseball is strikingly homogeneous. Corbin has found a way to push the envelope in nearly every direction for the betterment of his players.

None of that is by accident. From his perch above Hawkins Field, Corbin is always looking for ways to improve the program in all aspects.

“For me, it’s very singular in nature,” he said. “I don’t have anything else that I really think about. Thankfully, my wife and I, outside of the girls, this is all we think about.”

So, what’s next at Vanderbilt? On the field, expect more of the same over the next decade. Third baseman Austin Martin and righthander Kumar Rocker could be the No. 1 picks in the next two drafts. This year, that duo leads a team that is the preseason No. 1. The Commodores landed the top-ranked recruiting class in the nation, the record sixth time they have brought a No. 1 class to campus. Their 2020 class ranked No. 2 on signing day.