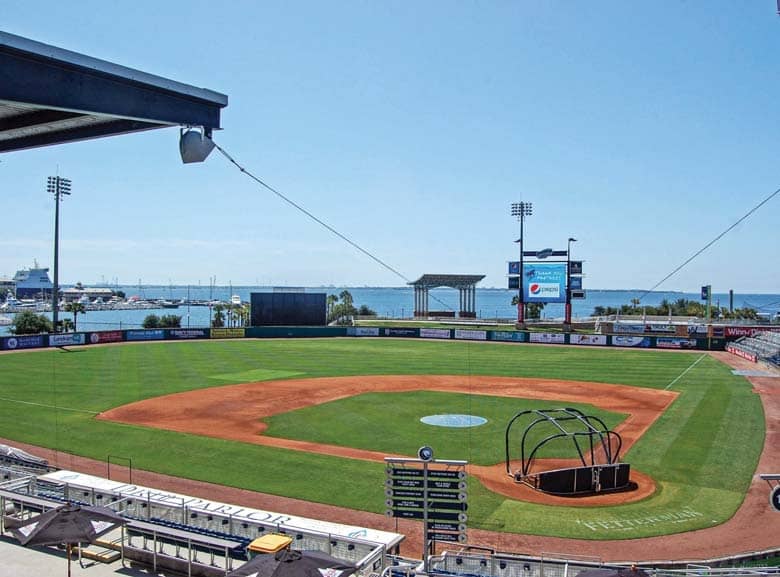 Each offseason, promotional directors from minor league teams around the country meet to brainstorm—among other things— ways to utilize their ballparks on days without baseball. With the 2020 season currently suspended and highly unlikely to begin at all, executing those ideas has become paramount.

No games means no fans, which means almost no revenue for each of the 160 minor league teams above the Rookie complex levels. Layoffs and furloughs have been commonplace across the industry, but the employees who remain are hard at work trying to make the most of their facilities as states and cities begin easing the social-distancing restrictions that were put in place to try to quell the outbreak of the coronavirus pandemic.

In most years, these types of events were supplementary. Now, with a probable 19 months between games, they’ve become essential.

Over the first two months of when the season would have been played, the Pensacola Blue Wahoos of the Double-A Southern League have led the league in innovation and creativity. The peak came in late May when the team unveiled a first-of-its-kind idea.

They turned their ballpark, which abuts Pensacola Bay on Florida panhandle, into an Airbnb.

“We’d been working on it for about three weeks (or) so. The big thing was just trying to figure out all the logistics of bedding and those types of things” Blue Wahoos president Jonathan Griffith said. “Once we got everything secured and knew that we could actually put this on, that’s when we finally came out with the news for it.”