CAN PITCHERS THROW EVEN HARDER? 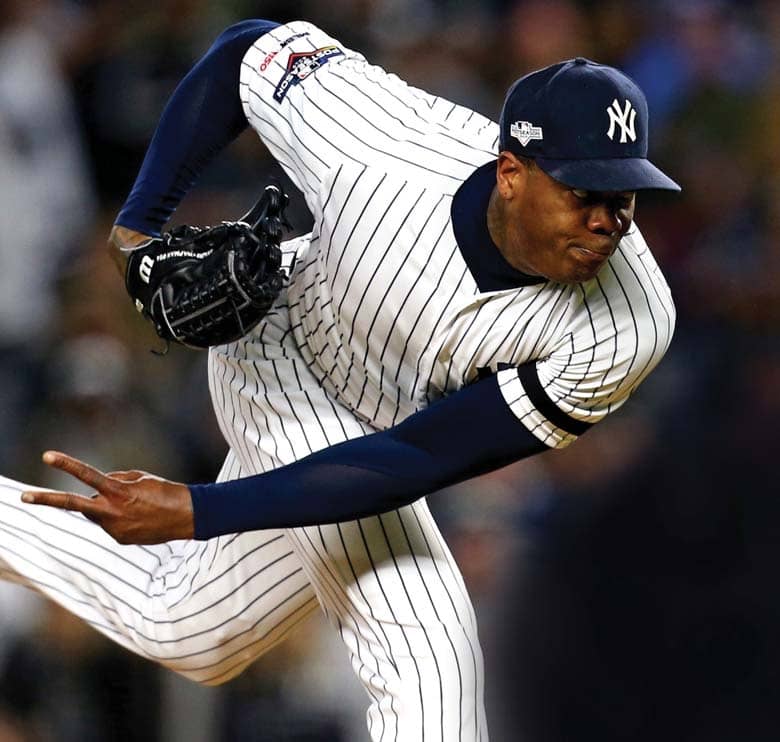 In 2010, Aroldis Chapman showed everyone that it was possible to throw a baseball 105 mph.

In just his 10th game in the majors, Chapman threw the hardest recorded fastball in major league history.

Over the past decade, no one has thrown any harder. But with the continuing rise in overall fastball velocity, the reasonable question to ask is: What will the upper limits of velocity be in 2030?

Will we be discussing 108 mph fastballs a decade from now? Is 110 mph sitting over the horizon in the 2040s? And if so, what happens to hitters?

Calm your fears, hitters. According to experts, major league pitchers are already brushing against the velocity limits.

“It would totally shock me (if someone is throwing 107-108 mph in a decade),” said Dr. Glenn Fleisig, a biomechanist who is the research director at the American Sports Medicine Institute. “It would surprise me if maximum velocity goes up at all when compared to today.

“Velocity is very sexy,” Fleisig said. “People are in love with the radar gun . . . The maximum velocity that baseball pitchers can pitch is essentially not going to go up. What’s going to change is the ceiling is not going to go up, but it’s getting more crowded at the ceiling.”

“I could be wrong on this. I’m thinking peak velocity won’t increase much, but a 100 mile per hour fastball will be commonplace,” Reds minor league pitching coordinator and Driveline Baseball president Kyle Boddy said.

Chapman has gotten company in the upper reaches of the velocity spectrum. Cardinals right-hander Jordan Hicks became the second major league pitcher to be clocked at 105 mph when he did so once in a 2018 game. Both Chapman and Hicks are relievers.