All In a Day's Work 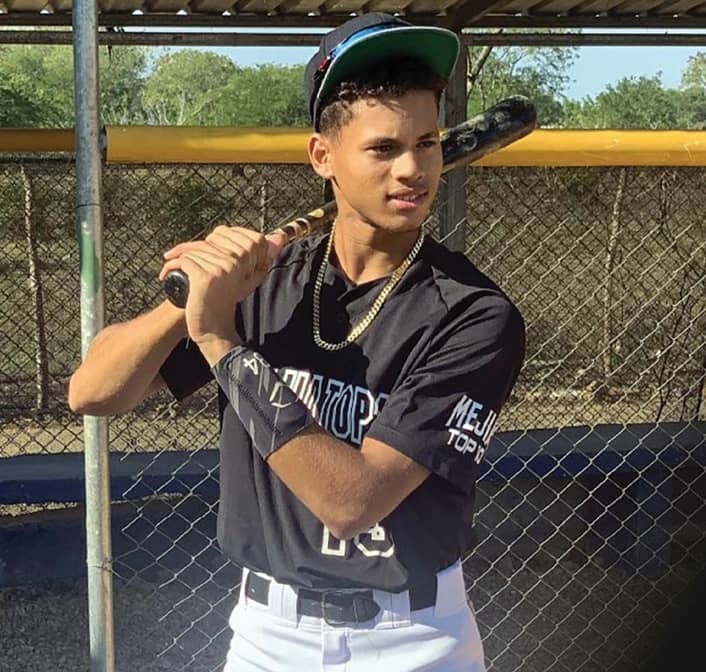 Cristian Hernandez has to wait an additional six months to sign his first pro contract, but he will be ready

One of the top players available in this year’s international class, Cristian Hernandez has earned plenty of accolades for a swing that has drawn comparisons with Manny Machado and an all-around game that reminds some of a young Alex Rodriguez.

Even so, Hernandez said his most memorable moment in baseball came not in the batter’s box, but on the mound.

Playing as a 12-year-old in a tournament in the Dominican Republic, Hernandez—who was a do-everything utility player back then—was on the mound late in a game when his coach gave him the hook and sent him to second base.

The pitcher who relieved Hernandez gave up the runs that eventually cost his team the game and its spot in the tournament. Years later, the moment still stings.

“That’s something I haven’t forgotten,” Hernandez said, with the help of a translator, “because it really hurt me a lot to lose that tournament.”

Hernandez’s pitching days are behind him now, and he is widely expected to sign a seven-figure deal with the Cubs once the international signing period opens. Normally, that would happen on July 2, but the coronavirus pandemic has shaken up everything in the sport. The international signing period is no exception. It has been pushed back to Jan.15.

All Hernandez can do is wait and stay as ready as possible. He’s continuing to work out to the best of his abilities in the Dominican Republic and has gotten to a field as often as possible. Mostly, though, he’s trying to stay patient, which isn’t always easy.

“I’ve been staying in shape, working out at home and doing my exercise routines,” he said. “I do feel a little anxious waiting for some news on when the day I’m going to sign will be. I’m a little nervous and anxious because there’s so much unknown out there.”

The most talented Dominican shortstop in this year’s class, Hernandez will earn his bonus thanks to a combination of a powerful bat and a body that looks like it will add strength without forcing him to move off shortstop.

If the Cubs do officially sign him, Hernandez will join a deep and talented collection of middle infielders, from 2018 first-rounder Nico Hoerner (who made his big league debut at the end of 2019 after just 89 minor league games) to upstarts like Pedro Martinez, Rafael Morel, Fabian Pertuz and Aramis Ademan.

That list also includes Kevin Made, another shortstop from the Dominican Republic, whom the Cubs inked for $1 million last July.

Like many top prospects, Hernandez honed his game by playing against competition a level or two above his age group.