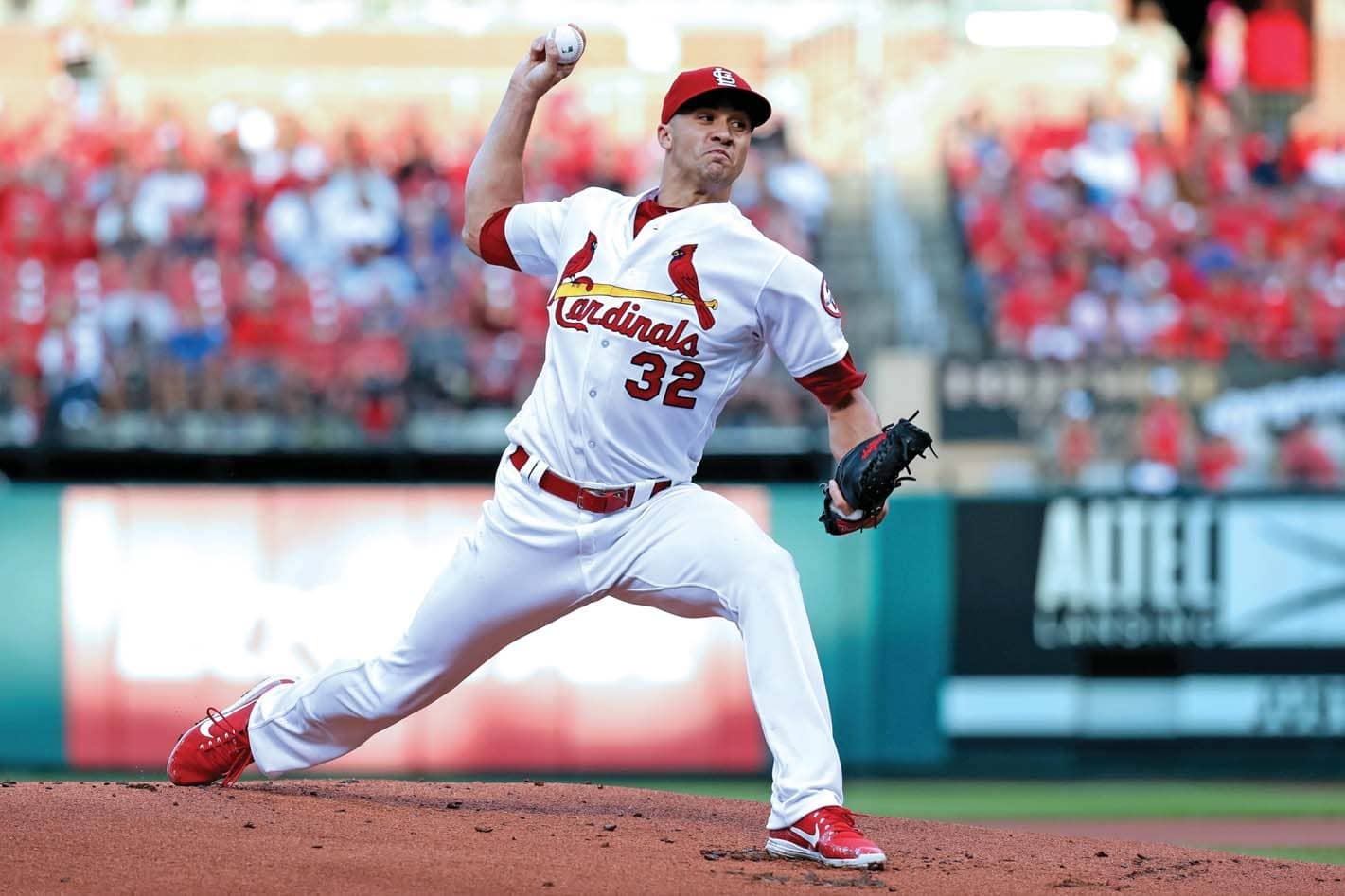 Jack Flaherty didn’t so much possess big velocity in high school as he projected it. Today, the 24-year-old Cardinals ace is one of the hardest-throwing starters in baseball.

It was another blazing summer day on the back fields of the Gulf Coast League—the kind where the arrival of a predicted heatwave can sting the eyes and smudge the horizon—as Cardinals farm director Gary LaRocque made his way out to see one of the newest draft picks, one of the rarest kind of draft picks for the club.

A few weeks earlier, the Cardinals had selected high school righthander Jack Flaherty with the 34th overall pick in the 2014 draft. The tall, lithe 18-year-old from the Los Angeles area relieving for the Rookie-level GCL Cardinals that July day had first been scouted as a third baseman.

The Cardinals drafted him as a pitcher, and in the previous 22 years they had selected only one high school righthander higher than Flaherty. The organization’s aversion to the volatility of that prep pool paused long enough for it to take Shelby Miller, a Texan, 19th overall in 2009. He was part of the rotation that 2014 summer, having followed his giddy-up fastball swiftly to the majors.

Flaherty didn’t sport that same youthful velocity, didn’t tickle the radar guns or singe seams quite like that.

His heat was in the forecast. As he merged the Cardinals’ scouting reports with a development plan, LaRocque toggled his view from farm director to a previous role—scout—and scrutinized the newcomer.

“The second I laid eyes on him on the mound, so many things came right out,” LaRocque recalls. “We knew Jack had a number of things in his favor. Very good fastball command for 18. Very good. Broad shoulders. Good arm action. A feel for his slider. He stepped on the field and he was one of the best athletes out there.

“He was as much a competitor right away as I’ve ever seen in the GCL. You saw him step on the mound with poise and intent, and it’s, ‘OK, here he is. I get it.’ I realized quickly: He’s going to move at a pace he will determine.”

Within four years, Flaherty went from a pitcher who didn’t crack the Top 20 Prospects ranking in the low Class A Midwest League to one of the finest second-half performances in major league history and a single-season strikeout total bested in franchise history only by Bob Gibson. His emergence as one of the finest young starters in baseball and on the shortlist for Cy Young Award favorites can be clocked by his fastball. Flaherty’s pace accelerated when it did.

In his first several years of pro ball, Flaherty threw between 89-92 mph, a solid but modest velocity given the industry’s preference for big arms when handing out big bonuses to high school right-handers in the first round.

The Cardinals provided a development map to Flaherty, who was already driven on his own. With patience, innings, and a fine-tuning of mechanics, his athleticism, they bet, would mature into more miles per hour. And that didn’t stop when he arrived in St Louis in September 2017.

For an industry that favors present velocity when scouting amateurs for the draft, Flaherty instead projected velocity. Actual velocity exceeded that.

In his final start of the year at Wrigley Field, Flaherty touched 98.7 mph.