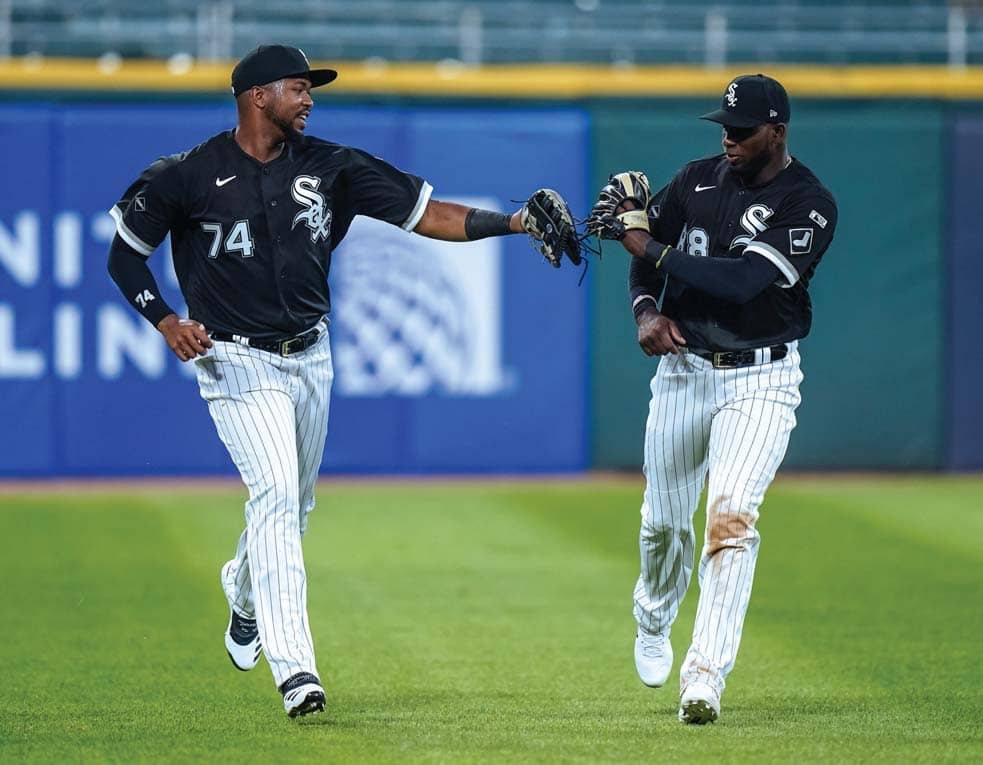 Before the world changed and baseball screeched to a temporary halt this spring, White Sox general manager Rick Hahn stood in the back of the rival Cubs’ Arizona press box ahead of a Cactus League game on the first Friday of March as a bright sun belied the impending coronavirus storm clouds.

The White Sox had just signed slugging third baseman Yoan Moncada to a five-year, $70 million extension, and Hahn, who isn’t exactly Mr. Braggadocious, in his low-key way uttered what we now can ID as perhaps the understatement of the season.

“We can objectively sit here today and feel like we have three of arguably the most exciting young players in the American League under control for at least the next six years,” Hahn said. “And that is a good feeling.”

Arguably? As ol’ Hawk Harrelson would be proud to say, “You can put it on the board! Yessss!”

Which Hahn and his team will, notably for the first time since 2008, and likely, for the first of many Octobers to come. One of the most exciting young teams in the game, from Robert’s electricity to Moncada’s versatility to Jimenez’s thump to shortstop Tim Anderson’s magic bat to Lucas Giolito’s no-hit stuff, the lean summers on Chicago’s South Side have yielded to not just a future crackling with promise, but a present that brims with it, too.

“These are young players who are still evolving, who have very likely not reached their ceiling, and who are going to put us in a strong position for a long time,” Hahn said that spring day. “When you start a rebuild, you want to find core championship-caliber pieces who you can build around, and we feel we have a number of those. And a good chunk of those we have been able to extend this window through these contracts.”

Here on the other side of baseball’s unsettling pandemic time out, what we saw during this 60-game drag race of a season is the full-throttle evolution of those young players, pushing the White Sox into the national spotlight perhaps just a tick or two ahead of their expected arrival time. Even with righthander Michael Kopech—another young, key foundation piece—opting out of the season, Chicago’s abundance of riches is on display darn near every night.

During one stretch in August, the White Sox tied a major league record by hammering four consecutive home runs in a game against the Cardinals—fireworks provided by Moncada, Yasmani Grandal, Jose Abreu and Jimenez— Abreu crushed six home runs in one series against the Cubs and Giolito fired a no-hitter against the Pirates.