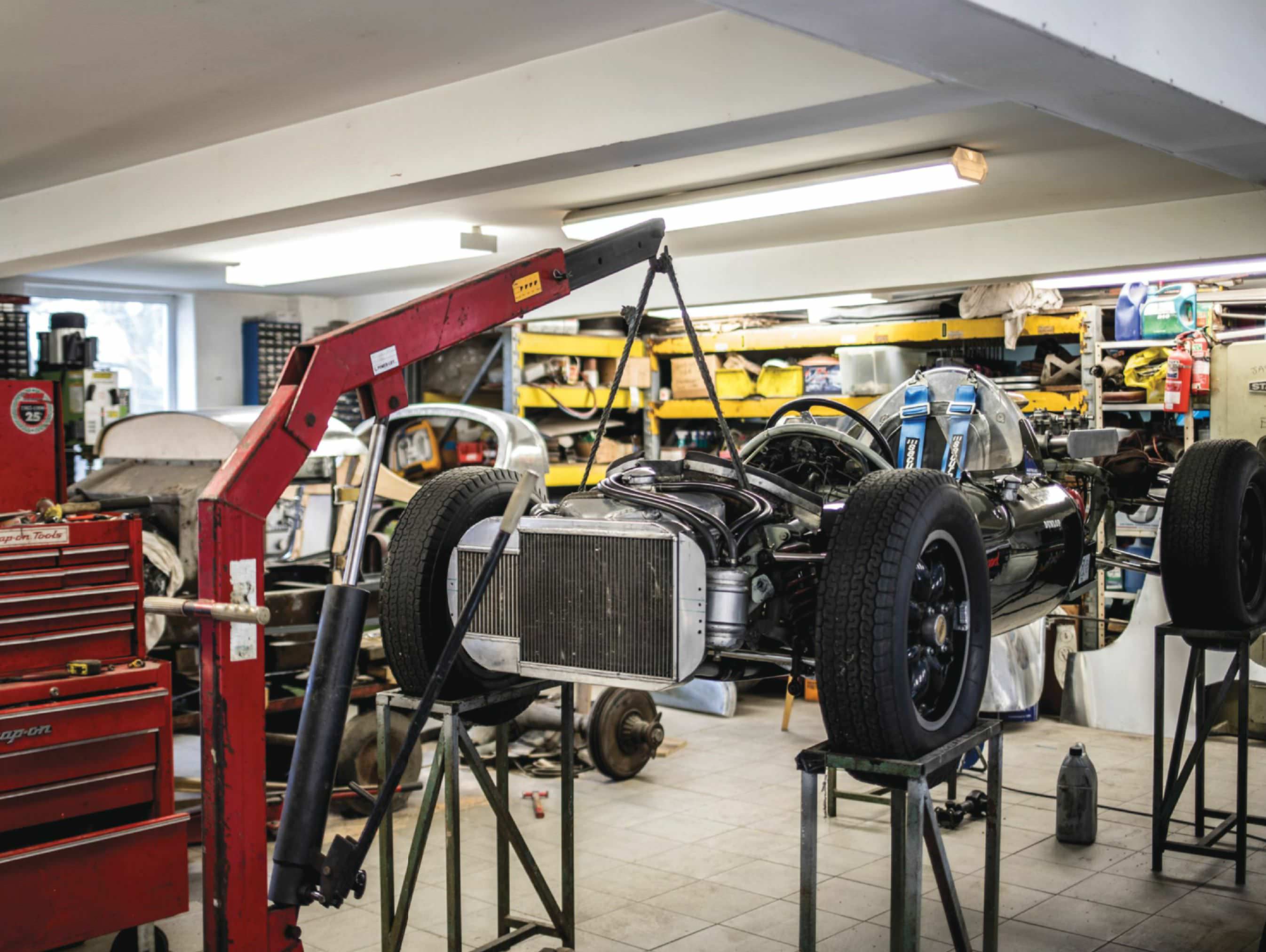 Some historic racers employ big teams to run their cars, but it is possible for smaller operations to compete in F1 machinery, as Rod Jolley shows.

Preparing classic cars for clients to race has become big business as the popularity of historic motorsport has swelled. Rather than a season being truncated by the fragility of older cars, the likes of Hall and Hall, Classic Team Lotus and Martin Stretton Racing specialise in delivering to their customers turnkey levels of reliability and performance.

While some companies run a full-time operation with a team of mechanics and travel to races with articulated transporters, there are still some who prefer to go their own way. Rod Jolley is one driver who still works out of his own garage, believing he is better dialled-in to find problems with his grand prix cars and develop his own solutions. And with more than 360 trophies decorating his house, it’s clear that it’s still possible for a comparative minnow to go it alone.

The key to being a successful privateer is attention to detail, says Jolley, who races a 1959 Cooper-Climax T45/51 Formula 1 car that he bought unseen from Australia in 1990. “When a car is together, it’s all about spending at least a day every time you come back from a race meeting taking all the body panels off, putting it up on the stands and cleaning everything,” he says. “And when you do that you find things, you notice cracks in the chassis or a little bit of play in the wheel bearing or you check the brake pads.

“You get to know your car, know the weaknesses, and you get to know what to look for. There are certain things I check; for instance, the rear driveshafts – they can break and when they do they can cause a lot of damage.”

The payoff for knowing the intricacies of a car that Jack Brabham drove to F1 championship success in 1959, and was used by Bruce McLaren at Sebring for his first grand prix win, is that Jolley doesn’t need a blank cheque in order to compete. And, as he found out at the first ever running of the Historic Grand Prix of Monaco in 1997, which he won, it also frees up time at the circuit.

“There are all these girls and boys there, flying in over the Swimming Pool in their helicopters, with their 250F Maseratis,” he says. “There were teams of mechanics having the wheels off and radiators off doing this and that.