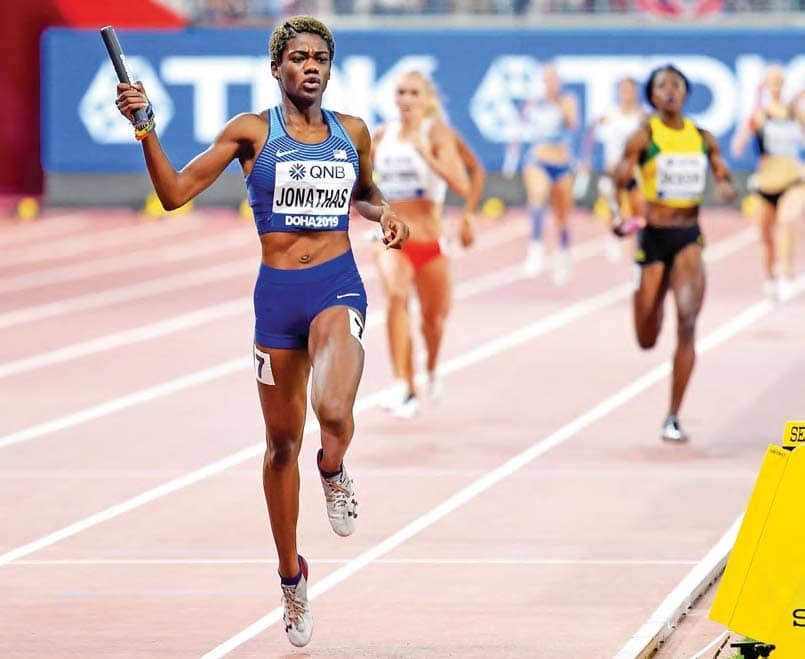 THE strength of the USA women’s 4x400m squad is such that they could afford to leave out someone like Allyson Felix – the most decorated athlete in world championships history – and still destroy all the opposition in their path.

The entire American line-up was changed between the heat and the final as they stormed to a ninth gold in this event.

Jamaica took bronze in a season’s best time of 3:22.37 – though not until after they had been disqualified and then reinstated on an eventful evening.

The Great Britain quartet of Zoey Clark, Jodie Williams, Emily Diamond and Laviai Nielsen initially thought they had finished outside the medals as they ran a season’s best of 3:23.02 for fourth place but they found themselves moved up a place on to the podium after Jamaica were disqualified for lining up incorrectly at the second handover.