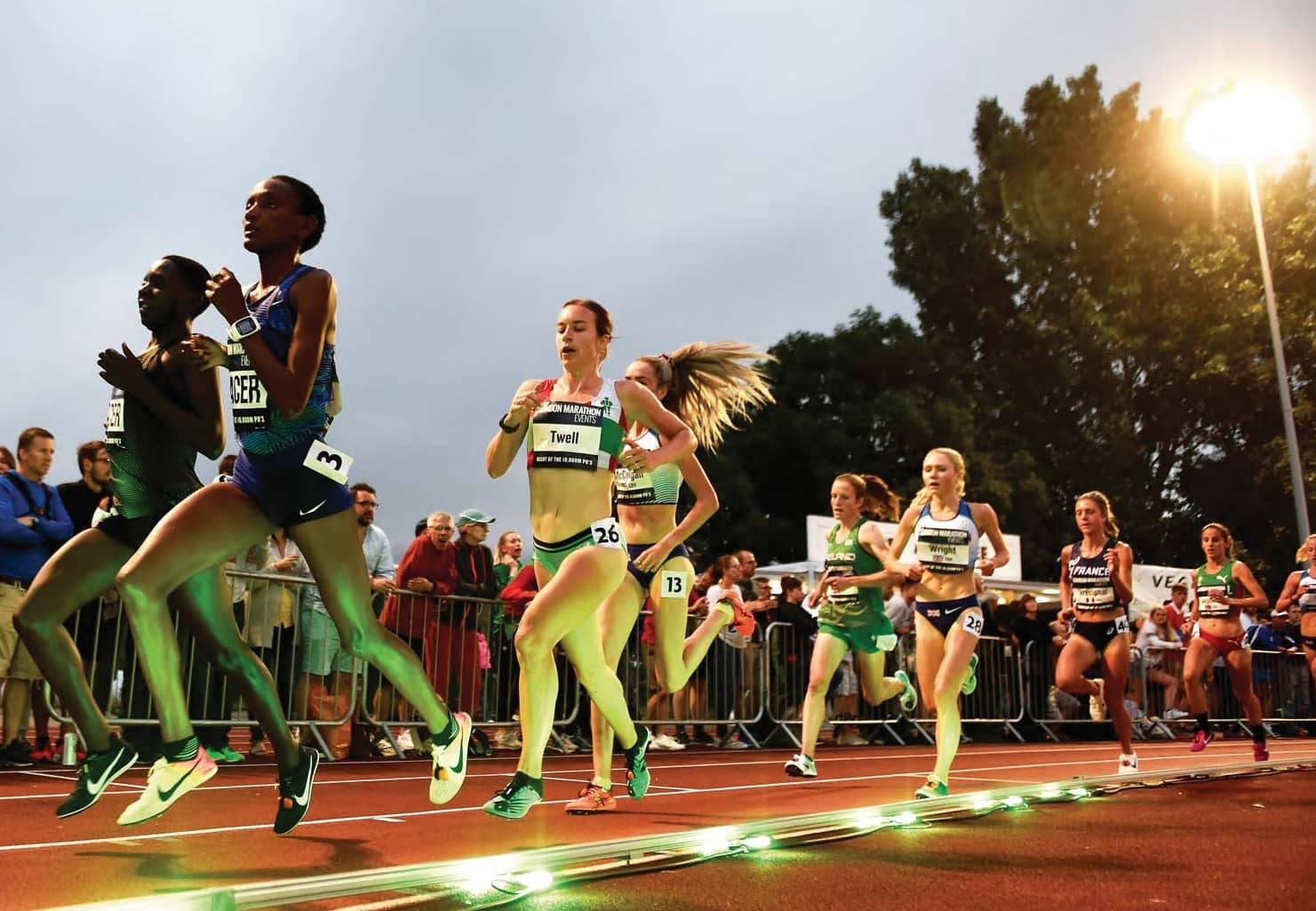 STEPH TWELL describes her year in three words: ‘organic, intuitive and liberating’. “I had to go a lot more with the flow, be very intuitive with what I know about myself and it was just quite liberating, being quite free.”

Her methods have clearly worked. When we meet for coffee and cake in the historic market town of Farnham in Surrey, Twell is enjoying a well-deserved break and the chance to reflect on a series of successes. It has been a busy year and she is expecting more of the same in 2020, so the Aldershot, Farnham & District athlete is making the most of time with family and friends before her focus fully turns to Tokyo.

When it comes to what would be her third Olympic Games, Twell’s ambition to double up in the 10,000m and marathon has been complicated by plans to move the road events to Sapporo 800km away due to heat concerns. But while the finer details are yet to be decided, the 30-year-old knows that her foundations have been well laid this year, with confidence that there is much more to come, too.

Self-coached since spring, Twell guided herself to victory at the Highgate Night of the 10,000m PBs, clocking 31:08.13 for a PB which ranks her sixth on the UK all-time list. She then ran a half-marathon PB of 70:51 at the Simplyhealth Great North Run. Making her international debut over 10,000m, she finished 15th at the IAAF World Championships in Doha before returning to the roads and setting a Scottish marathon record in Frankfurt just one month later.

Her time of 2:26:40 in only her second ever marathon was also an Olympic qualifying mark as she improved on the 2:30:11 run on her debut in Valencia last December. It took 12 seconds off Liz McColgan’s 22-year-old Scottish record and moved her from 23rd to fifth on the British alltime rankings, behind only Paula Radcliffe, Mara Yamauchi, Charlie Purdue and Veronique Marot.

It helped to build belief in her marathon ability and confirmed that the work she had done had been right for her.

“Before I might have thought ‘is this the event for me?’ or ‘is this the distance that I want to continue to sign myself up to?’ Because it’s a big investment!” says Twell.

“Some people told me it was a distraction to have Doha and I still decided I don’t believe what you think, I believe this is right for me.

“People said if I did more mileage maybe I could have had a bigger performance. But for me, my marathon career is still in its infancy and I feel that’s the right way to be about marathon training.

“It was super fun, a relaxed environment and a solid performance – I think there’s more to come.”