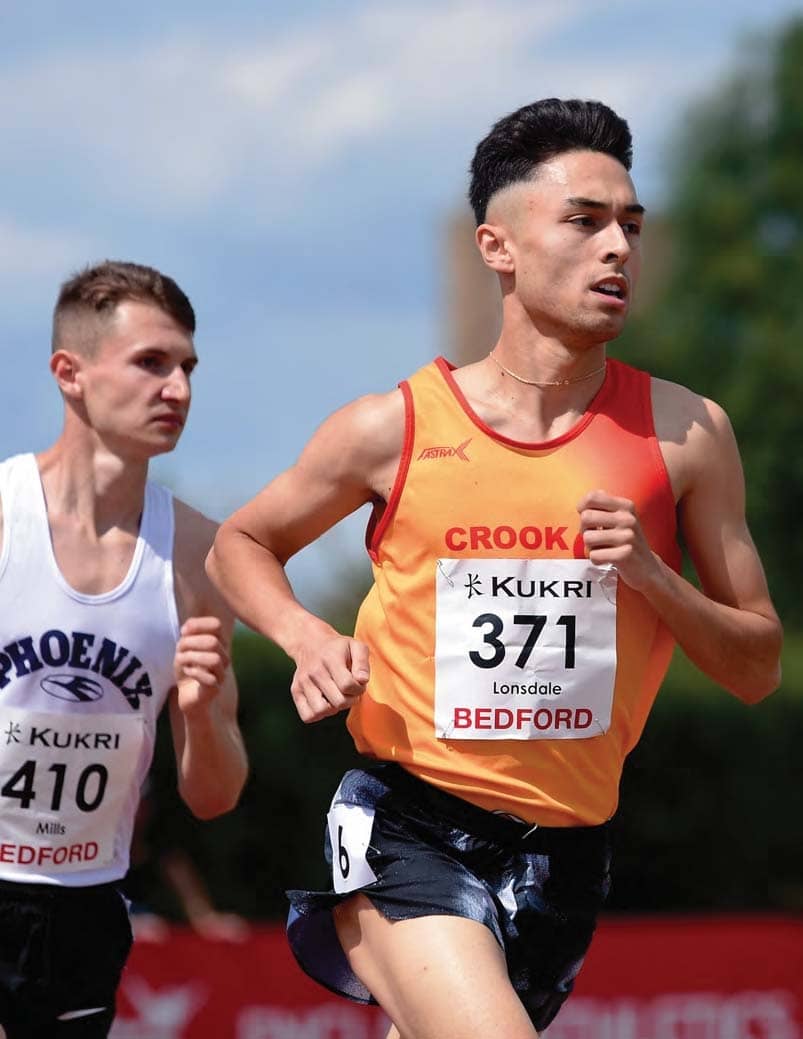 MARKHIM LONSDALE HAS FACED SOME PSYCHOLOGICAL AND PHYSICAL CHALLENGES DURING 2019, BUT HE HAS COME OUT THE OTHER SIDE STRONGER, HE TELLS ASHLEIGH SPILIOPOULOU

WHILE the physical demands of being an athlete are numerous, with brutal track sessions and hours in the weights room to overcome, the mental side of the sport is something often underappreciated until it affects you.

For Markhim Lonsdale, 2019 has been about fighting psychological battles which have kept him away from the track. An undeniably talented 800m runner, Lonsdale made the final of the World Under-20 Championships in Tampere in 2018, so naturally he expected his upward trajectory to continue this season.

Due to a knee injury hampering his winter training, his outdoor campaign began late. Given his disrupted winter, outsiders would consider 1:49.72 a respectable performance (his PB of 1:46.97 was set when he was 18). However, it left the Crook & District athlete with gnawing feelings of self-doubt.

“It got way on top of me to the point where I didn’t see myself improving although training was going well,” he says. “I went into every race not wanting to be on the start line as I just didn’t believe in myself anymore. I slowly felt very sad and depressed.”