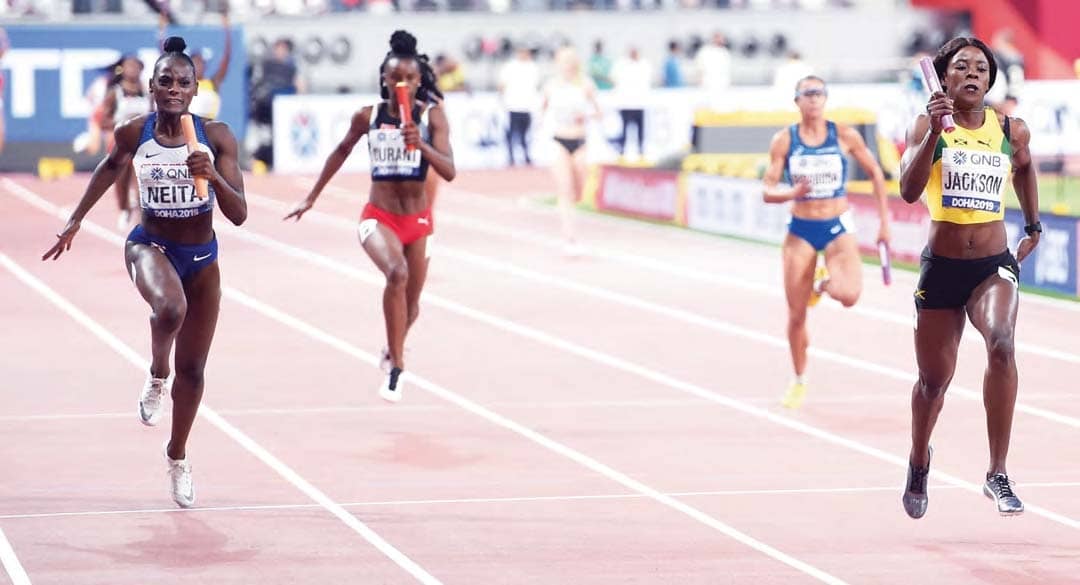 DINA ASHER-SMITH took her third medal of the championships, matching the feat of Mary Rand at the Tokyo Olympics in 1964.

Rand won long jump gold at the 1964 Games plus pentathlon silver and 4x100m bronze, whereas Asher-Smith ended her superb week in Qatar with 200m gold and 100m and 4x100m silver medals.

Even Asher-Smith could not help the British team overcome the mighty Jamaicans, though. Natalliah Whyte, Shelly-Ann Fraser-Pryce, Jonielle Smith and Sherika Jackson ran 41.44 – the fastest time in the world this year – to claim the title as the British team of Asha Philip, Asher-Smith, Ashleigh Nelson and Daryll Neita clocked 41.85 for silver.

The USA finished third in 42.10 ahead of Switzerland and Germany.

“This evening running the relay with Great Britain and the United States was fantastic,” said individual 100m winner Fraser-Pryce. “This year the women really turned up. Next year at the Olympics no team can take anything for granted.”