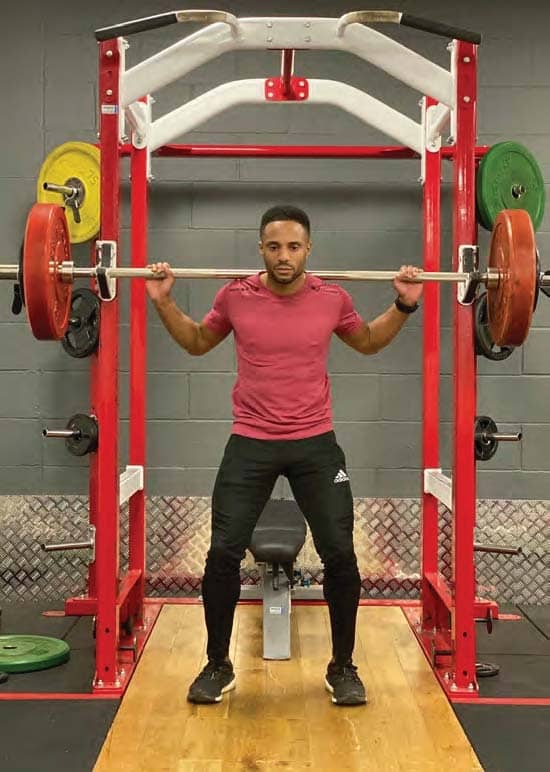 MISSING out as British junior athlete of the year to Mo Farah was no bad thing for Aidan Syers. The talented sprinter has combined his own training with that of training many other sprinters and sportsmen and sportswomen across a number of sports for many years, while also being an England Athletics coach educator.

AW: How did you get involved in athletics?

Aidan Syers: I started in primary school. I remember winning a race in the playground. We would run from the wall at one end of the playground and back. One day I got there and back before anyone had even made it to the first wall!

When I was 11 my mum took me down to Croydon Harriers and I always did the 100m, 200m and long jump. Occasionally, I’d throw a javelin or make up the numbers in the shot.

AS: I made the move by happy accident really. I recall doing a coaching module during my time at Loughborough University. I absolutely hated it! I was adamant that I would never coach. The irony was that I did get a very good grade.

After getting injured year after year I decided I should take ownership of my training programme. Having gained a lot of knowledge through my sports science degree and also through my experience as an athlete, I thought I should implement it. Soon after that the injuries stopped occurring so frequently and I was able to start building some momentum again myself as a sprinter.

When it comes to coaching others, I was asked by a member of the Team GB beach volleyball team to help them with their plyometric training. Shortly after that I worked with some academy footballers. In a matter of weeks one player signed his first professional contract and another was called up to represent England schoolboys in the Victory Shield. That was 12 years ago, so I’ve been coaching for quite some time now and it’s just grown from there.

AW: You work with footballers, rugby players and other sports. What’s your approach to speed training for these?

AS: The first thing for me is to have a good understanding of each sport. It’s important to discern the nature of the sport, the physical requirements, the biomechanics and energy systems involved. Then we have to figure out how an increase in speed will affect performance. For example, if we improve a footballer’s acceleration but they’re unable to decelerate effectively, then that may be detrimental to their performance in a game.

Also, the increase in speed can affect the player’s ability to manipulate the ball, for example.

We don’t have to turn a cricketer into a 100m sprinter – we can apply the principles of acceleration and good running mechanics to any sport. Ultimately, the faster you are the better you will be.

AW: You also coach sprints. What are your key drivers?

AS: The ability to produce and apply force has to be there. You can have the best technique and mechanics, however, if you’re unable to produce enough force then the speed won’t be there.