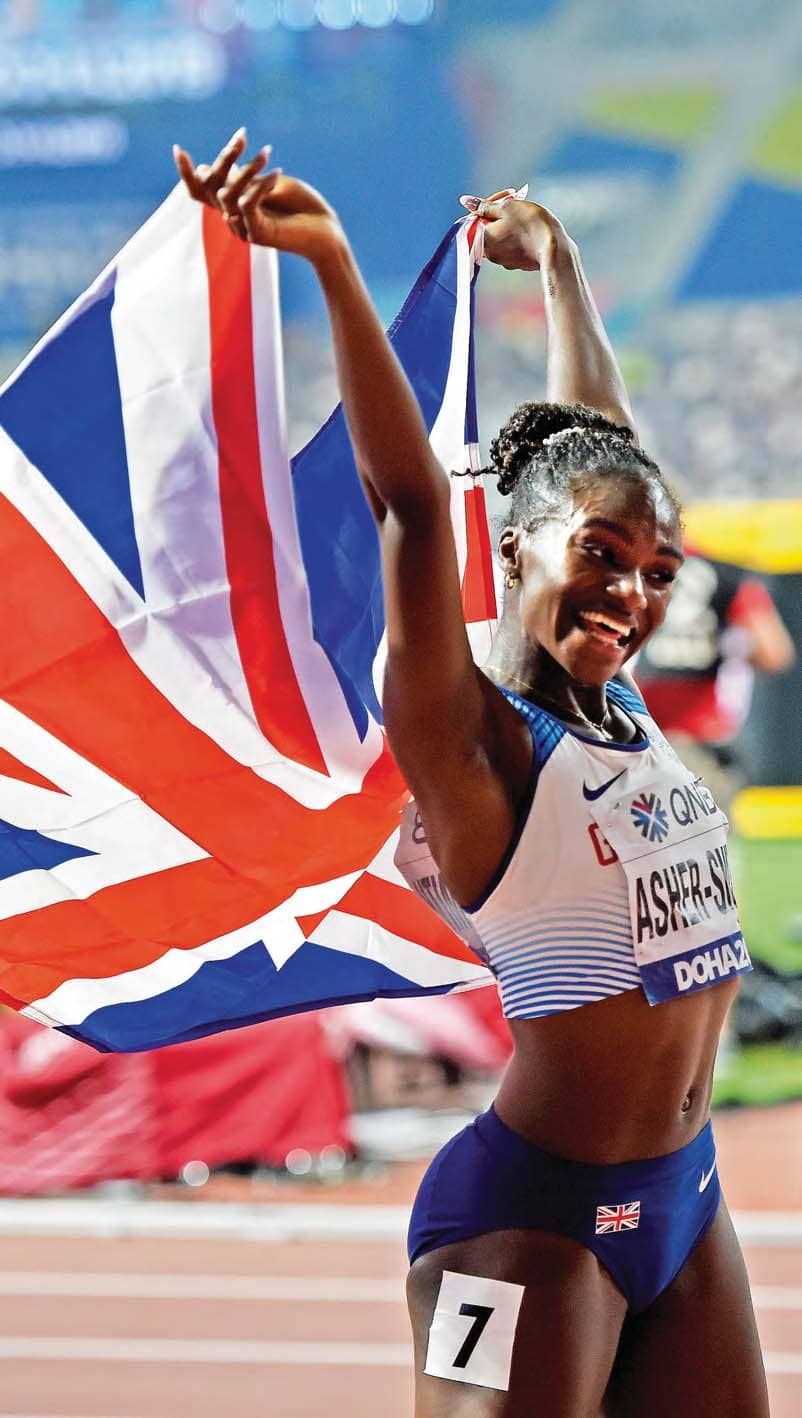 DINA ASHER-SMITH is popular for many reasons. The combination of raw athletic talent, her infectiously upbeat personality and naturally effervescent nature make her a marketer’s dream.

Do not forget, however, that she is also a competitor – and a fierce one at that.

There had been a pressure of expectation on her young shoulders heading into Doha, particularly when it came to the 200m at the IAAF Word Championships.

That feeling only intensified with the arrival of her 100m silver medal early in the week and the serene, subsequent progress on her way to the half-lap final as some of her biggest rivals were falling by the wayside.

Yes, there were high-profile absentees – a variety of reasons meaning that Shaunae Miller-Uibo, Shelly-Ann Fraser-Pryce, Elaine Thompson and Dafne Schippers did not line up in the final – but there was still a hugely difficult job to be done and it was done in some style.

As with so many champions, it was not just what Asher-Smith achieved but the manner in which she achieved it that was impressive.

Her response to the watching world was to run faster than she has ever run before, lowering her own British record by 0.01 to clinch victory in 21.88 (0.9 m/sec) and becoming the country’s first ever senior female world short sprints champion.