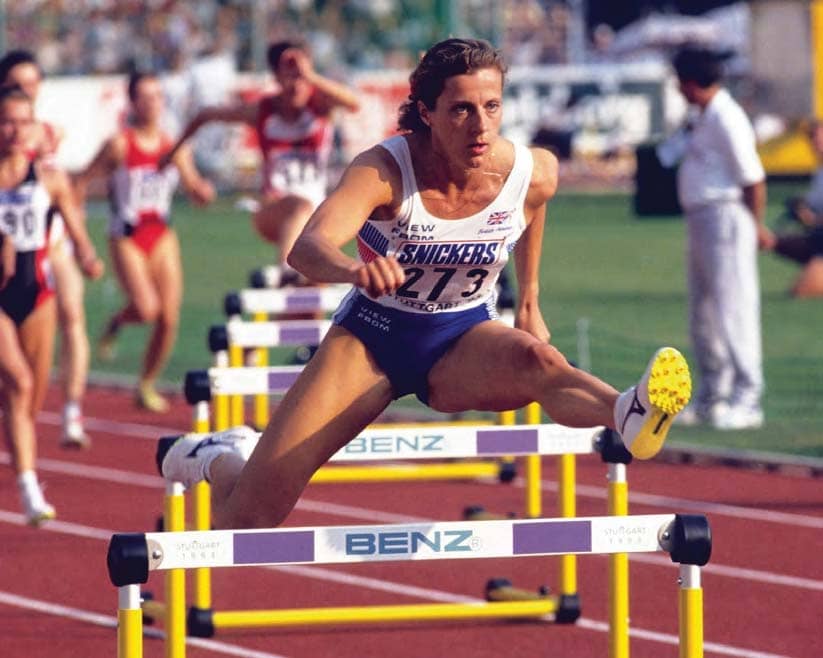 STAN GREENBERG, VETERAN OF MORE THAN 60 NATIONAL CHAMPIONSHIPS, CONTINUES HIS SPRINT DOWN MEMORY LANE WITH A LOOK AT MOMENTOUS HURDLES RACES

THE first top-class high hurdles (then 120 yards) I saw was in the 1948 USA versus The British Empire (as it was then) match at the White City, when the Olympic champion Bill Porter of the USA broke the UK all comers’ record with 14.0.

I had watched the greatest hurdler of his time, Harrison Dillard of the USA (see Digest, p12), at the 1948 Olympics, but winning the 100m, so it was a great pleasure to see him finally get his Olympic hurdles title in 1952.

Speaking of great hurdlers, I am pleased to recall Britain’s remarkable Group Captain Don Finlay gaining his ninth AAA hurdles title in 1949 at the age of 40 after 20 years in which he won Olympic, European and Commonwealth medals and fought as an RAF fighter pilot in World War II.

It is fair to say that we had to wait until Colin Jackson for a high hurdler to match Finlay’s career. Jackson’s world record of 12.91 when winning the 1993 world title at Stuttgart wasn’t beaten for nearly 13 years and complemented his European and Commonwealth gold medals.

Harry Whittle won seven national 440 yards hurdles titles, held the British record, with 52.7, gained a bronze medal in the 1950 European Champs and I watched him finish fifth in the 1952 Olympics. He was known among aficionados as someone who “couldn’t run fast and couldn’t hurdle well”. However, he was the perfect example of a man who maximised what abilities he had. Incidentally this amazing athlete also won AAA long jump and decathlon titles.

At the 1972 Olympic Games it was a shock when the little-known Ugandan, John Akii-Bua, coached by Britain’s Malcolm Arnold, broke David Hemery’s world 400m hurdles mark with 47.82. Then four years later at Montreal came the superb Ed Moses, who won 140 races during a nine-year career of 145 (including 109 consecutive victories). He looked so smooth as he brought the record down to 47.64 and eventually to 47.02 at Koblenz in 1983.