The Evolution Of Freediving 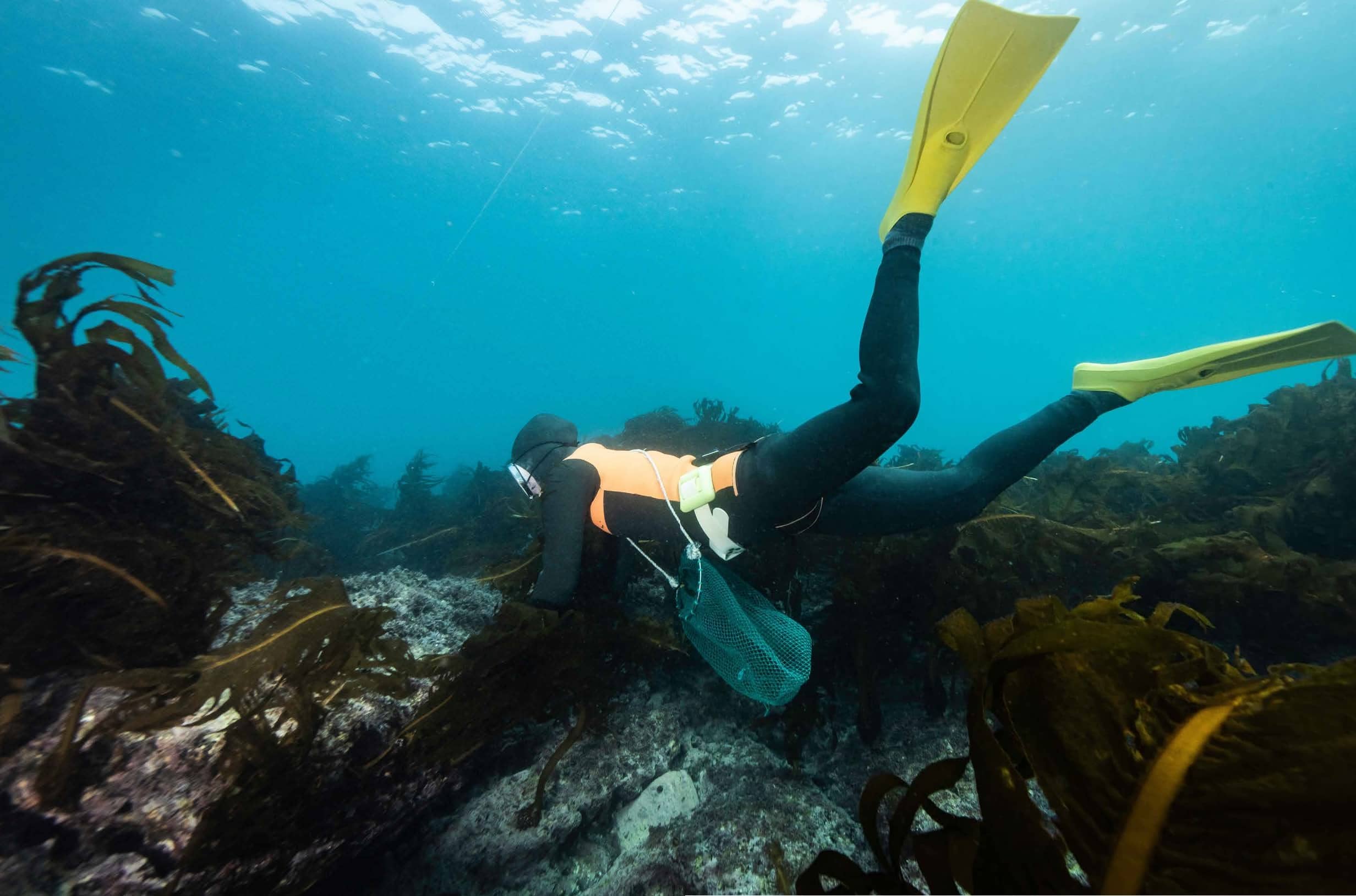 Tracing the journey of our relationship with the sea, through the ages and around the world.

With the constant innovation of diving gear enabling us to go deeper and longer underwater, it’s easy to forget that diving began as the simple act of holding your breath and kicking your legs. Indeed, with the advent of modern underwater breathing apparatus, this most primitive form of diving is now typically differentiated from its more mainstream cousin with the moniker “freediving”. But breath-hold diving in humans began more than 8,000 years ago, evolving through the centuries to its present-day status. And now, freediving is constantly taking on new extremes that have risen in popularity especially over the past three decades. 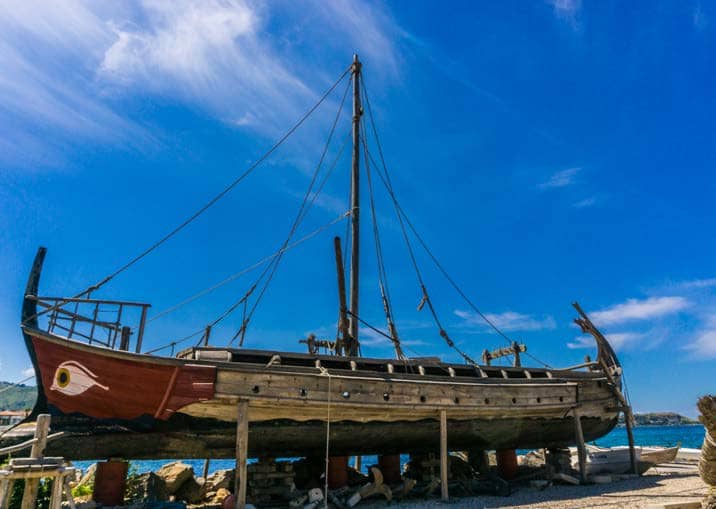 The first recorded evidence of freediving humans can be traced back more than 7,000 years to the Chinchorro1, an ancient people who lived along the coast of the Atacama Desert in what is present-day northern Chile and southern Peru. In a study of Chinchorro mummies, archaeologists discovered that the bones inside their ears had started to grow across the ear canal’s opening to protect the eardrums from recurrent exposure to water. It was clearly exostosis, a condition that afflicts people whose heads have been frequently dunked underwater. Exostosis is a common condition among people who surf, dive and kayak. The Chinchorro were people who dived for seafood. Shell midden fossils and bone chemistry tests on the mummies have proven that their diet consisted of 90 percent seafood. Besides the Chinchorro in South America, seashell fossils found at the coast of the Baltic Sea also revealed ancient people living approximately 10,000 years ago who dived for clams. 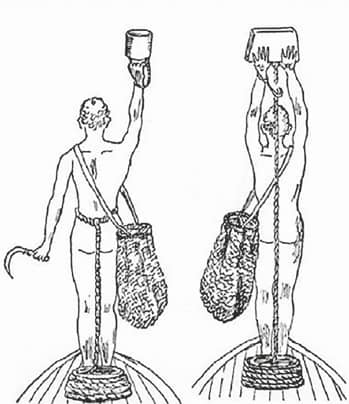 There is plenty of archaeological evidence of diving in Mesopotamia (West Asia – present day Iraq, Kuwait, Saudi Arabia), dating back to 4,500 BC and in ancient Egypt around 3,200 BC. The Greeks have been diving for more than 4,000 years. Artefacts and scripts from the Minoan civilisation, which flourished from 2,700 BC to 1450 BC on Crete and other Aegean islands, include figures of seashells as well as colours produced by seashells in Minoan ceramic art. The Greek sponge trade can also be traced as far back as Plato and Homer, who mentioned the use of sponges for bathing in their writings. The Greeks would dive for sponges at Kalymnos island, using a skandalopetra (the Greek word for stone), like granite or marble weighing eight to 15 kilograms. Carrying this weight, divers descended quickly to as much as 30 metres underwater to collect sponges. There is no exact date of when the Greeks started the sponge trade but Plato would have been 40 years of age around 388 BC when he mentioned the use of sponges in his writings. 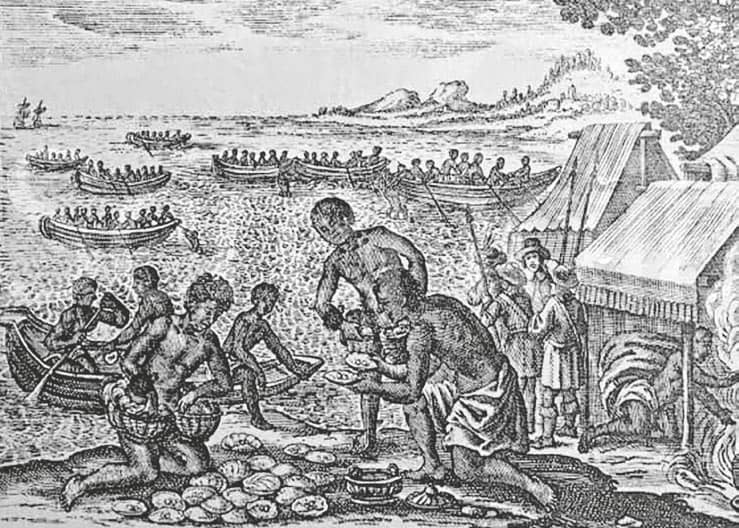 Divers have also been used by the Greeks in war. According to Thucydides, the famous Athenian general and historian who recounted the Peloponnesian War2 (431– 404 BC) between the Delian League led by Athens and the Peloponnesian League led by Sparta until 411 BC, divers were used to scout for and dismantle underwater barricades set up to defend against invading ships. The Persians also recorded using divers in warfare. Having conquered Phoenicia (now Lebanon) in 539 BC, King Cyrus the Great of the Archaemenid Empire used divers to cut the anchor cables of Alexander the Great’s ships during the Siege of Tyre in 332 BC.

For thousands of years, the Gulf of Mannar, separating India and Sri Lanka, was known for the pearls and chanks (large spiral shells) harvested from the waters off Mannar island by local freedivers. According to the Mahawamsa, the historical chronicle of Sri Lanka, King Vijaya landed in Sri Lanka in the fifth century BC and sent a gift of a shell pearl worth twice a hundred thousand pieces to the Pandu King upon taking the hand of his daughter. The ancient Greeks, specifically Megasthenes, the Greek ambassador to the Mauryan royal court in India, also wrote in the third century BC about the brilliance of the pearls from the island of the Taprobane in Sri Lanka. In ancient Greece, Sri Lanka was known as “Palaesimoundu”.

Literature from the Sangam-era (third century BC to fourth century AD) such as the Agananuru, an anthology collection of classical Tamil poetic work dated around the first and second century BC, talked about a community named Parathavar which fished but also dived for pearls and chanks. Arab traders and divers from the Persian Gulf also entered into the pearl fishery trade in Sri Lanka between the seventh and 13th century AD.

Research shows that the divers would go out to sea in crews as large as 23 in a boat. On each boat would be a tindal, or steersman; a saman oattee, who was in charge of the boat; a thody, who was tasked with bailing out water in addition to cleaning the boat; 10 divers including the adappanar, or lead diver; and 10 munducks, or operational assistants. They would pull up the oysters, the stone counterweights and the divers themselves from the seabed and back onto the boat.