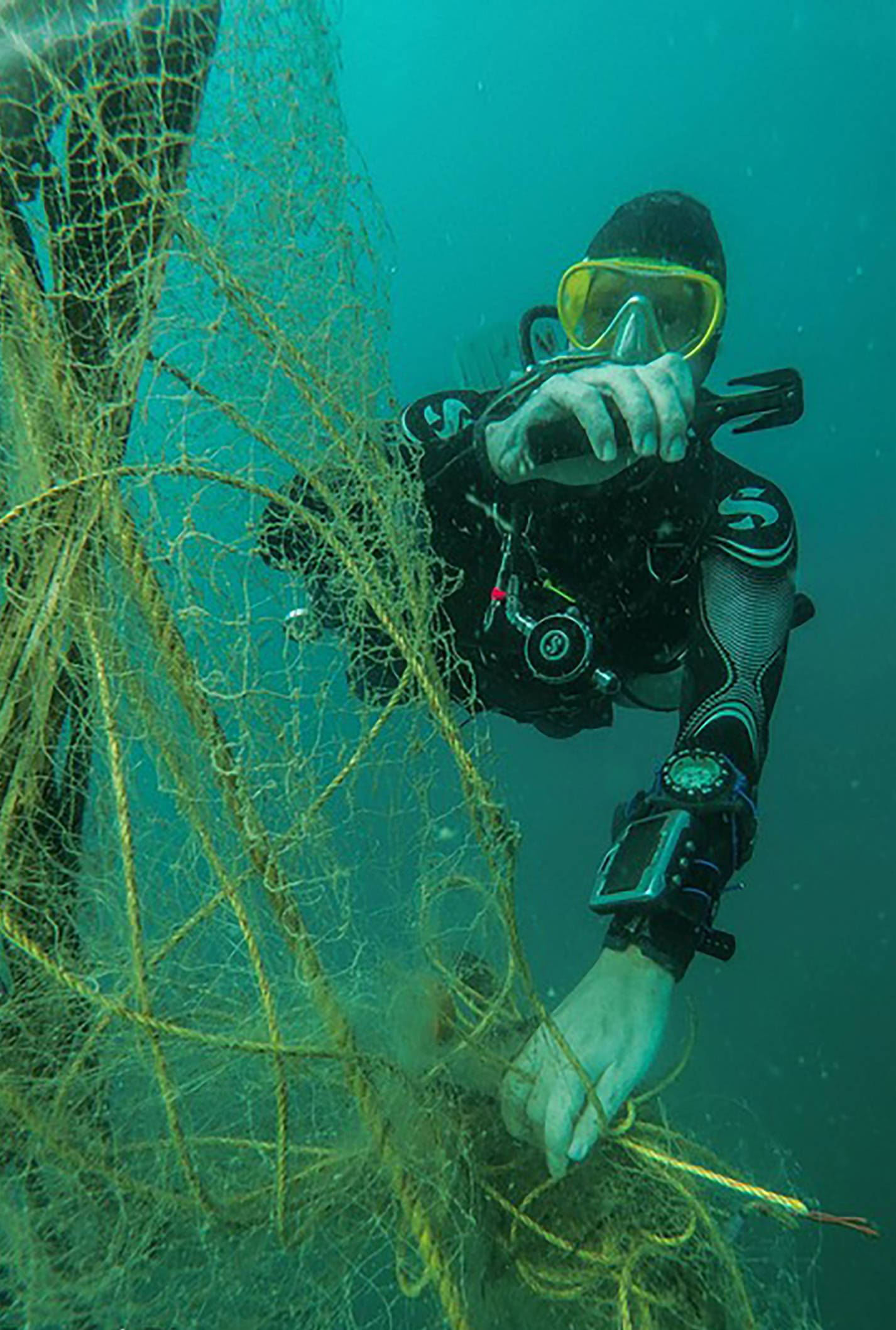 Situated on the southeastern coast of India, Pondicherry is the capital of the Union Territory of Puducherry. Running along the Bay of Bengal, the city has become a fond favourite among scuba diving enthusiasts. The welcoming local people, beautiful beaches and diversity of marine creatures all contribute to its appeal. Some of the species found here include corals, olive ridley turtles, kingfish, lionfish, groupers, manta rays, moray eels, and an endless parade of crustaceans. But the rich marine life is increasingly being found dead, caught in abandoned nets that are stuck on reefs or floating dangerously in the water.

To understand the matter at hand better, Asian Diver spoke to water veteran Jonah Skoles, an experienced scuba diver who regularly dips into Pondicherry’s waters. He spoke about how the presence of ghost nets and other single-use plastics has increased in the South Indian region over time. Although there is more awareness regarding the problem of ghost nets, on a national level and beyond, it is a non-issue . As with so many problems relating to the marine environment, the danger that ghosts nets impose on ecosystems are not appreciated because people do not see what’s happening underwater.

“I’ve seen fish stuck on the nets for so long that its entire eye was squished inwards and its scales were rubbed off from the constant friction. The creature was suffering. Its senseless torture,” says Jonah.

As someone who’s working to mitigate and eradicate ghost nets, Jonah relates the horrors that he’s witnessed with marine animals entangled in nets – from fish to turtles and all sorts of other creatures. He is based in Auroville, an area north of Pondicherry where he operates his dive centre Eternal Divers.