The Fresh Prince Of Action Air 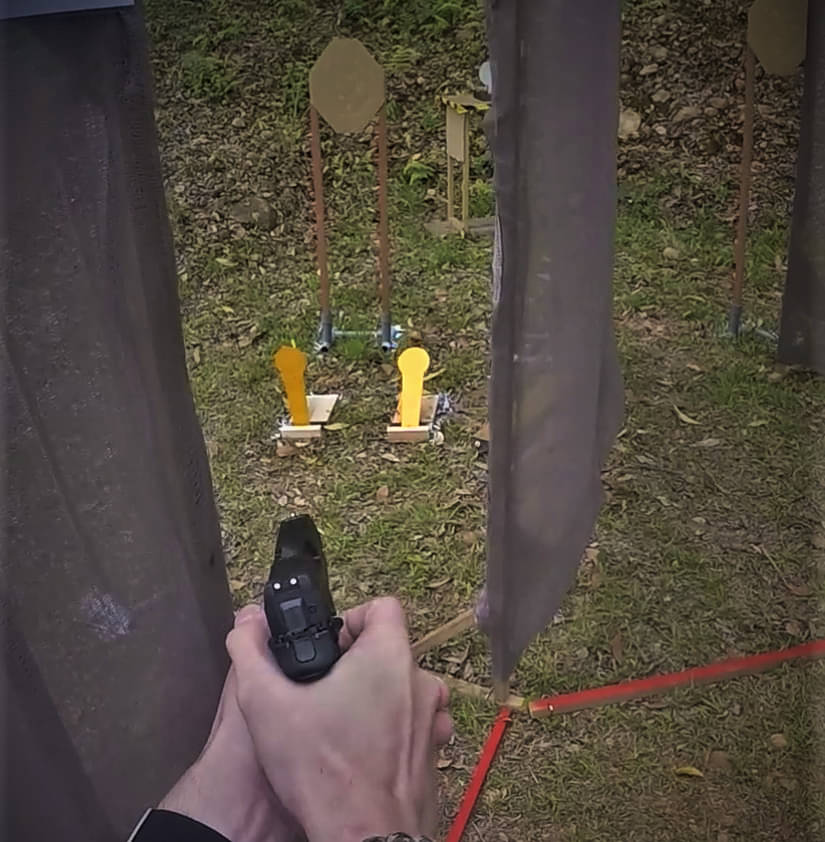 Putting pellets on paper and poppers!

Following my qualification for my IPSC competitor’s license at the end of March, Sunday the 19th of April and my first official IPSC Action Air competition neared in a surprising blur. I managed to squeeze some additional training sessions with the rest of SPPT - the Setup Project Practical Team - in the days before we set off early doors on a Sunday morning. Six of us regulars would be competing alongside one of our other more senior members, who were more focused on helping to organize and film the event.

Having already used it to pass my qualification exam, I then somehow managed to snap the trigger bar on my KWA USP Compact during my (apparently unlucky) thirteenth practice session, making it somewhat useless until I could acquire replacement parts! As a result, I decided to try some of my other GBB pistols and see which suited me best and worked well for the competition. Unfortunately, my TTI Glock 34 is not permitted in IPSC’s Production division due to its longer barrel and slide; so no John Wick style range burndown GoPro footage for my first competition it seems! Instead, I trained with my more standard profile M17 and CZ Shadow SP01 and ensured I had as many magazines as I could muster.

In the end, I used the M17 on the day as I had more magazines available for it, and due to its striker-fired format and simplicity as well as its extended magazine base plates that would help absorb the bumps and scrapes of being dropped on the ground in a hurry. However, since then I have been comparing the two as scientifically as I can during further training sessions and when shooting groups on targets at home, and I’m leaning towards using the CZ75 in the longer term due to its lower bore axis, fast and light trigger and heavier metal frame that allow for very rapid double taps, reduced recoil and ease of pointing.

Although deciding to use that does mean more worrying about removing the magazine and manually de-cocking the hammer on it then re-inserting the magazine prior to holstering, and then making the first shot in each stage using double action, in order to follow the production division specific rules of the IPSC. I feel the performance benefits are likely worth the minor hassle longer term, however, I just didn’t want to risk the fiddly manual of arms and a potential rules related disqualification on my very first competition at least!

With just enough time beforehand to get our heads together and practice some varied stage layouts, reloading and handling as best as possible with our final choices of equipment, Sunday morning finally rolled around and I awoke at just after four in the morning to make my way to the team leader’s house so we could all drive down together in his car. Instead of taking a taxi which would have been a convenient and safe choice, I of course elected to try the healthy option and get in a warm-up by taking a bike (Taipei’s version of the “Boris Bike”) from my place to his. However, I managed to fall off it on the way, trying to stop suddenly while juggling my phone (for its GPS) like an idiot, and cut up my knees and elbow - a great start to the day! Thankfully my pride was hurt worse than my joints at least.