THE CAGE: BELT UP! 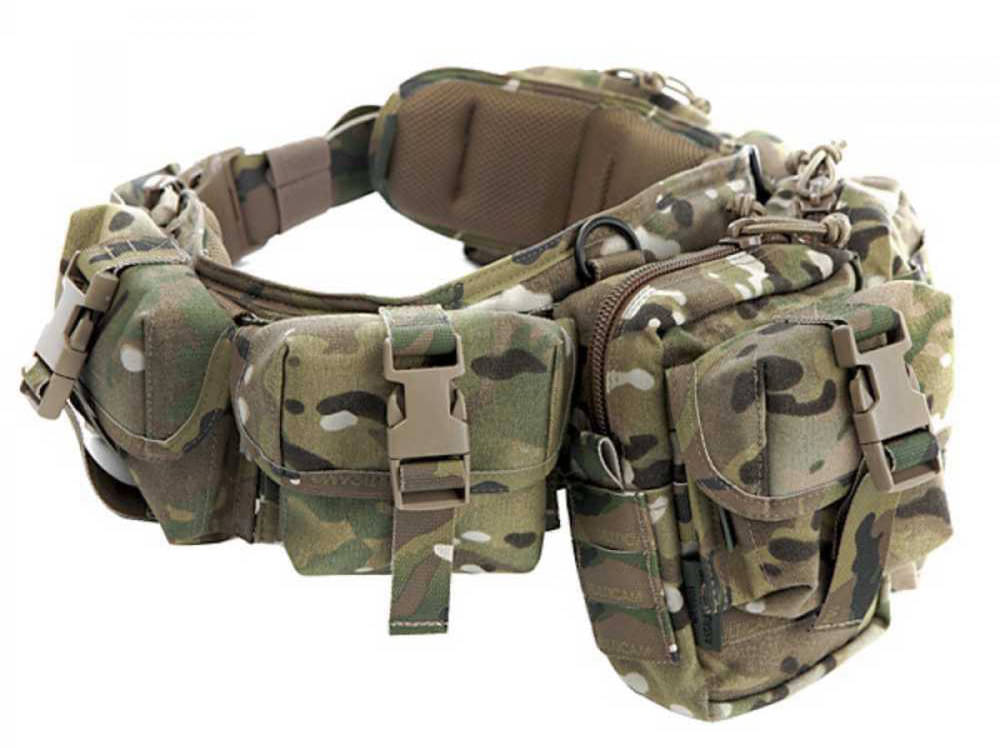 WE ALL LOVE OUR “NYLON GEAR” FOR AIRSOFT BUT SOMETIMES THE OLD ADAGE THAT “YOU CAN SPOT THE VETERAN AIRSOFTER WITH JUST AN OLD AK AND BELT KIT” IS TRUER THAN YOU MIGHT THINK! THIS MONTH BILL GOT (VIRTUALLY) TOGETHER WITH THE AA TEAM TO DISCUSS “BATTLE/ SHOOTER BELTS” AND ASKED THEM “DO YOU USE ONE? WHY? …AND IF YOU DO, WHAT DO YOU USE?”

When it comes to “belt-kit” you’d be rightly excused for thinking of “old school” webbing kit that was cheap as chips - and about as durable! Time, along with design and components, moves on though… Not so long ago if you’d spoken to me about “belt-kit” then, undoubtedly I would have nodded sagely and talked to you about “SAS style” hand-tailored pouches suspended from a roller-pin belt. However, technology and design move ever onward and in more recent times I’ve seen the adoption of the “battle-belt”, sometimes with protective inserts, which made use of the MOLLE system, allowing you to tailor the make-up of your belt to your own specifications, whilst (importantly!) keeping everything firmly in one place.

In the past couple of years though things have moved on even further, with lower profile systems coming to the fore and new technologies being embraced to ensure strength and durability whilst keeping the weight well and truly down. The “two piece shooters belt” seems to be in vogue and having now tried a few different models from a variety of manufacturers, I can understand why this is so.

When I was at IWA a couple of years back I managed to catch up with Scott from UK-based Warrior Assault Systems (WAS) and (after “chewing the fat” for a while) I asked him if WAS intended to follow this growing trend. He simply grinned, went behind the display and handed me their new, at that time yet to be released, LOW PROFILE DIRECT ACTION MK1 SHOOTERS BELT, at which point I rolled my eyes and told him “Yup, of course…”

“IN THE PAST COUPLE OF YEARS THOUGH THINGS HAVE MOVED ON EVEN FURTHER, WITH LOWER PROFILE SYSTEMS COMING TO THE FORE AND NEW TECHNOLOGIES BEING EMBRACED TO ENSURE STRENGTH AND DURABILITY WHILST KEEPING THE WEIGHT WELL AND TRULY DOWN. ”

The setup, which is sold as a complete unit, features the WAS Low Profile MOLLE Belt (LPMB) DA MK 1, which offers a two-stage low profile platform that has been configured for the needs of the modern shooter. Stage One is a reinforced slimline belt that is covered in loop Velcro and is designed to be threaded through your trouser belt loops and acts in the same way that a traditional belt would. Stage Two of the system is made up of a low profile MOLLE belt covered in two rows of Mil Spec webbing; this belt has a row of hook Velcro on the inside which marries up to first belt, it is then secured by way of a removable belt and composite GT Cobra buckle. 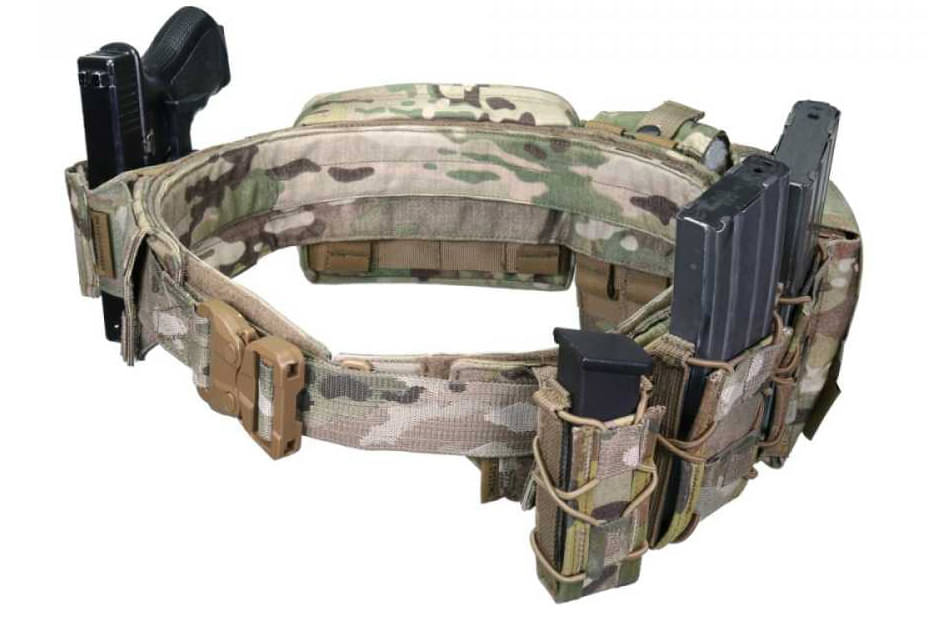