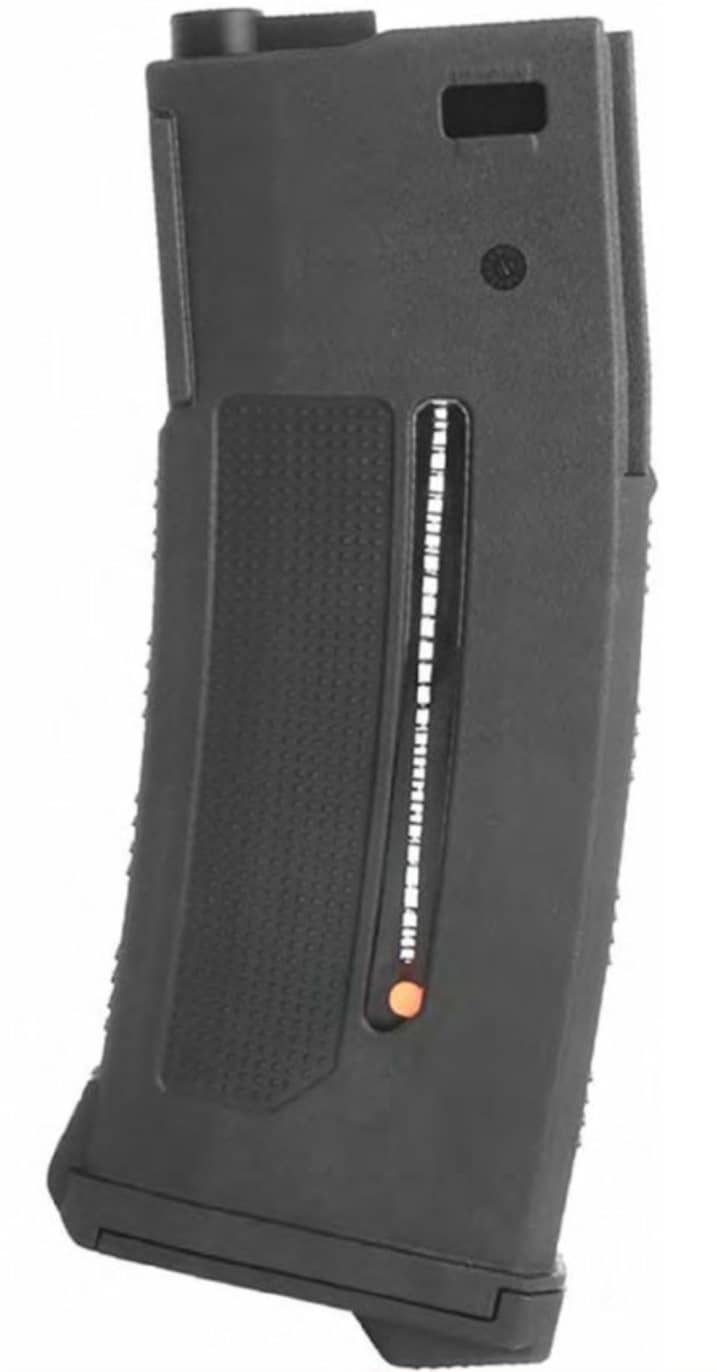 EVERY SO OFTEN A PRODUCT COMES ALONG THAT CHALLENGES THE STATUS QUO AND CAUSES US TO RETHINK WHAT WE KNOW. PHIL BUCKNALL CHECKS OUT A PRODUCT FROM PTS THAT MIGHT JUST FALL INTO THAT CATEGORY.

No one is ever likely to say that airsoft is going to change the world but there are a few accepted truisms that have been around for ages. When it comes to magazines for airsoft guns, there have pretty much always been three types to choose from: Lo/Real cap mags that typically hold thirty BBs; Midcaps that hold anywhere up to 150 BBs and finally, Hi-cap mags for any capacity above that, although usually from 190-600 in a conventional style magazine body and up to 2,000 for box mags used on LMGs. The first two examples generally do not require winding to feed BBs and just rely on the spring pressure feeding them through, along a single or double stacked channel. The latter Hi-cap type require some form of winding to feed BBs and this is usually either a manual clockwork system, or electrically powered. However, rather than having a channel that loops through the body of the mag, they will have a hopper into which you pour your BBs and a mechanism to collect them and funnel them to a feeding tube and then into the gun.

So where does the EPM1 fit into this and why is it challenging the accepted norms?

The EPM1 is the latest magazine to be released by PTS and follows on from the success of their EPM magazines. For those who have never heard of PTS (where have you been living?!), they are a Hong Kong based company that many years ago started producing very high quality licensed Magpul products, amongst a small stable of other Gucci real-world licensed items for the airsoft market. One of the items they are probably most remembered for is the PMAG Midcap magazine - for AR platform AEGs. Later on, Palm AK polymer mags and even G36 mags followed using the same durable DuPont Zytel polymer. Sadly, due to a veritable tidal wave of fake Magpul products (specifically vertical grips and stocks) Magpul pulled out of airsoft completely and, just like that, PMAGs became very hard to come by and thousands of airsofters around the world sobbed.