TO MANY, LOOKING IN FROM THE OUTSIDE WORLD, AIRSOFT WOULD SOMETIMES APPEAR TO BE ALL ABOUT THE VERY LATEST TRICKED-OUT AR, OR THE NEWEST “TACTICOOL” AK BUT THERE ARE ALSO REPLICA MODELS THAT BOTH THE RE-ENACTOR AND COLLECTOR OF CLASSIC FIREARM MODELS CAN ENJOY. BILL LOOKS AT ONE OF HIS FAVOURITE HISTORICAL RIFLES, IN THE FORM OF THE ICS M1 GARAND AEG.

If you are looking on as an outsider to the wonderfully diverse world of airsoft, it must appear that the sport is dominated by the “AR” platform and, to some degree, I’d have to (somewhat sadly) admit that there are probably more variants of the modern American rifle out there than anything else!

Over recent years though, I’ve watched an upswing in the use of other platforms, particularly that of “Comrade Kalashnikov”, in the game and if you take time to look closely at what is actually available in 6mm replica form, there are some absolute gems. For the collector of firearms, albeit in 6mm form like me, there are actually very few military models that do not, or have not ever, existed in airsoft guise.

Like many “flavors of airsoft”, historical periods seem to come and go and come again in a never-ending cycle, quite often driven these days by a movie, TV series, or video game launch. I’ve seen replicas in airsoft form ranging from a pirate, through Napoleonic and cowboy, to WWI, WWII, and the Vietnam War - and you can bet your bottom dollar that if a firearm has existed there’s an airsoft tech somewhere that has had a crack at building it! As I still have a toe in the Vietnam Living History world I’m quite regularly asked by re-enactor friends about airsoft replicas from that era and I’m pleased to say there are some extremely fine examples, like the MX177, M16A1 and even the rather splendid Stoner and RPD LMGs. If asked by someone from the “WWII world” I’d have to say that this is also true for that period too.

“I’VE SEEN REPLICAS IN AIRSOFT FORM RANGING FROM PIRATE, THROUGH NAPOLEONIC AND COWBOY, TO WWI, WWII AND THE VIETNAM WAR - AND YOU CAN BET YOUR BOTTOM DOLLAR THAT IF A FIREARM HAS EXISTED THERE’S AN AIRSOFT TECH SOMEWHERE THAT HAS HAD A CRACK AT BUILDING IT!” 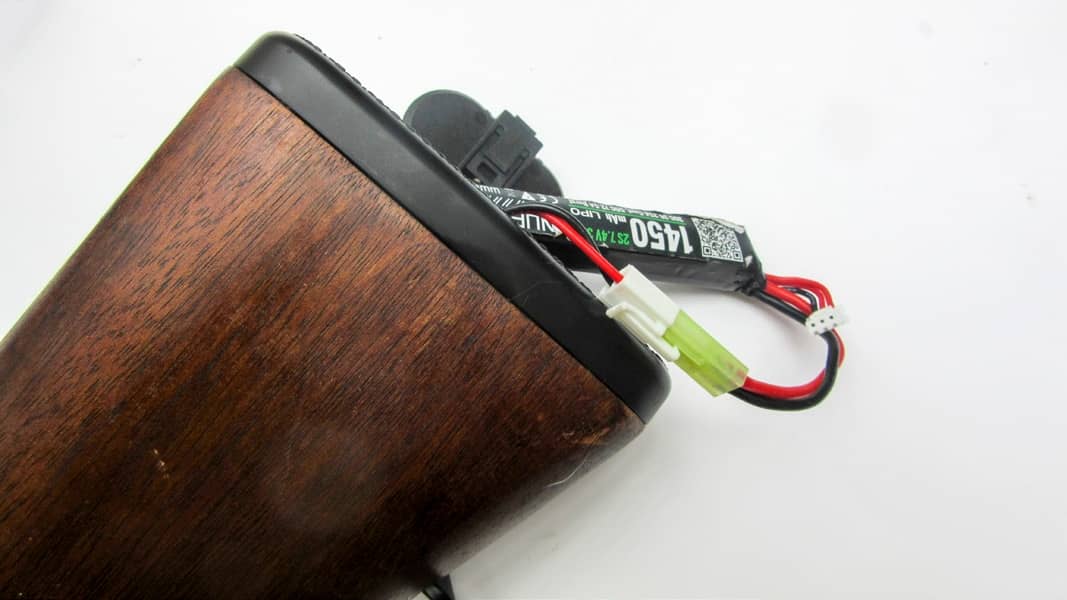 Although there are many manufacturers that make Colt M1911A1s Thompson SMGs for the “WWII US” airsofter or re-enactor, the M1 carbine is still all but impossible to find in electric form. I own a couple of very nice gas M1 carbines but one is in 8mm form, whilst the other is 6mm but too powerful for most airsoft games in the UK. I hope that one day someone will address this and create an electric version. Until a couple of years back I had never owned an M1 Garand for the same reason but thankfully, Taiwanese airsoft manufacturer ICS has a super version of this for all players and collectors to enjoy!