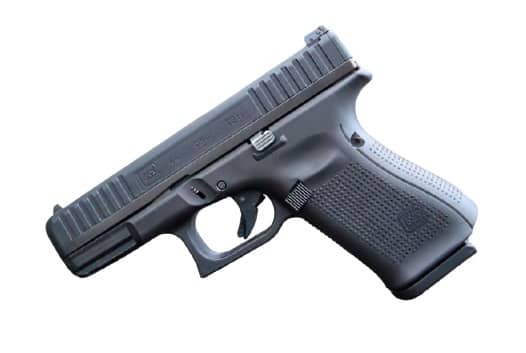 WHILE CASTING AROUND FOR SUITABLE CANDIDATES TO WRITE ABOUT THIS MONTH AND FOR NO PARTICULARLY GOOD REASON, FRENCHIE LANDED UPON GLOCK.

Maybe it’s because I own one (more of that later), or maybe it’s because Glock has become so universal - like Heinz tomato sauce, fish & chips and lockdown - that we seldom give much thought to the origins of the brand and the reasons why Glock pistols are so universal. It might also be Scott Alan’s fault, as he made a passing reference to the “invisible pistol” in a post on Facebook. Regardless, since it is a fascinating story, I thought I would run with it.

My first awareness of Glock was as “the invisible gun”.

Many years ago, in Grangemouth where I lived at the time, I remember reading a story, probably in The Observer, about the new plastic gun that would be invisible to airport security. This was in the 1970s when plane hijacking was all the rage, so it is understandable that it might cause waves. The fact that the story had no basis in fact troubled the newspapers no more then than it does now. Other than chemists, no-one spoke of polymers, so it was plastic. Even then an 11-year-old could work out that plastic was unlikely to contain the forces generated by an exploding charge, but never mind, don’t let facts get in the way of a good story!

Fast forward many years and much life and the Glock, no longer a dangerous curiosity, was everywhere. Police forces used them, militaries used them, and they had proliferated in calibres and size. In airsoft, they were everywhere. Some things never change.

MORE STORIES FROM AIRSOFT ACTIONView All