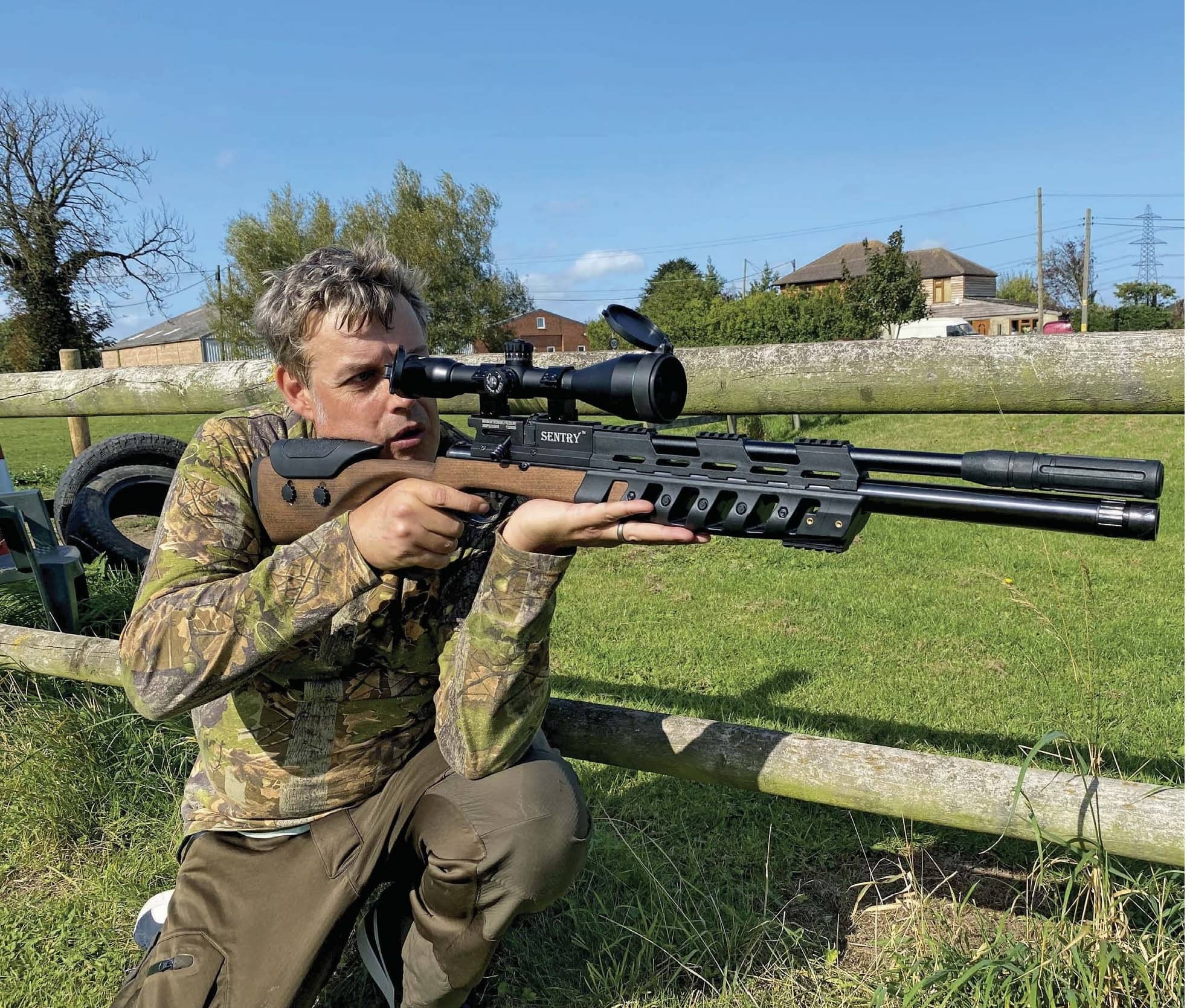 Dave Barham
This new rifle from Lee Enfield has been a long time coming. The guys at The Shooting Party, who have exclusive distribution rights, have been telling me about it for well over a year and now it’s here! What’s more, it is fully regulated, giving consistent shot count as well as accuracy and all for less than £400!

The first thing you’ll notice about this unique PCP rifle is that it has a combination thumbhole wood/ polymer stock. Without the scope attached I think it resembles a pump-action shotgun – well, it would do if it were not for the thumbhole stock – but as soon as you slap some glass on top, it changes the entire aesthetics of the rifle and it becomes a real mean machine! 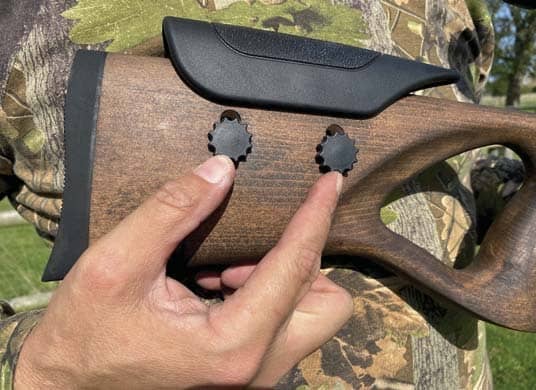 The wooden part of the stock is made from hand-oiled European beech, and I must say it really does look the part. If I had one little niggle, though, it would be the tiny holes where the cheek riser screws are. If someone has taken the time to hand-oil the stock, surely they could have had a quick swipe inside these holes with a small paintbrush, too? Whilst I’m on the subject of the cheek riser, this is made from rubberised polymer, and has three set levels of height adjustment.

The steel barrel has a polymer silencer on the end, which can be removed and changed via the ¼” UNF thread. 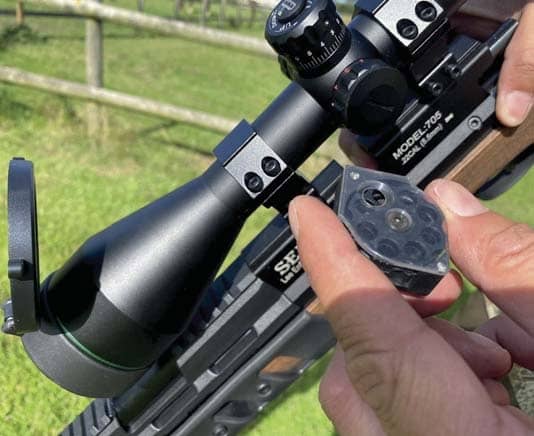 This rifle has no less than six 22mm Weaver/Picatinny mounting points, with three moulded into the polymer over the top of the barrel, one on each side of the foregrip, which are removable, and another moulded underneath at the end of the foregrip. Obviously, the one underneath is destined for a bipod, such as the rather splendid AirForceOne ADRAS tilt and swivel pod. However, when it comes to the other mounting point then the world is your oyster. You can add a laser sight, a powerful LED lamp … whatever your heart desires.