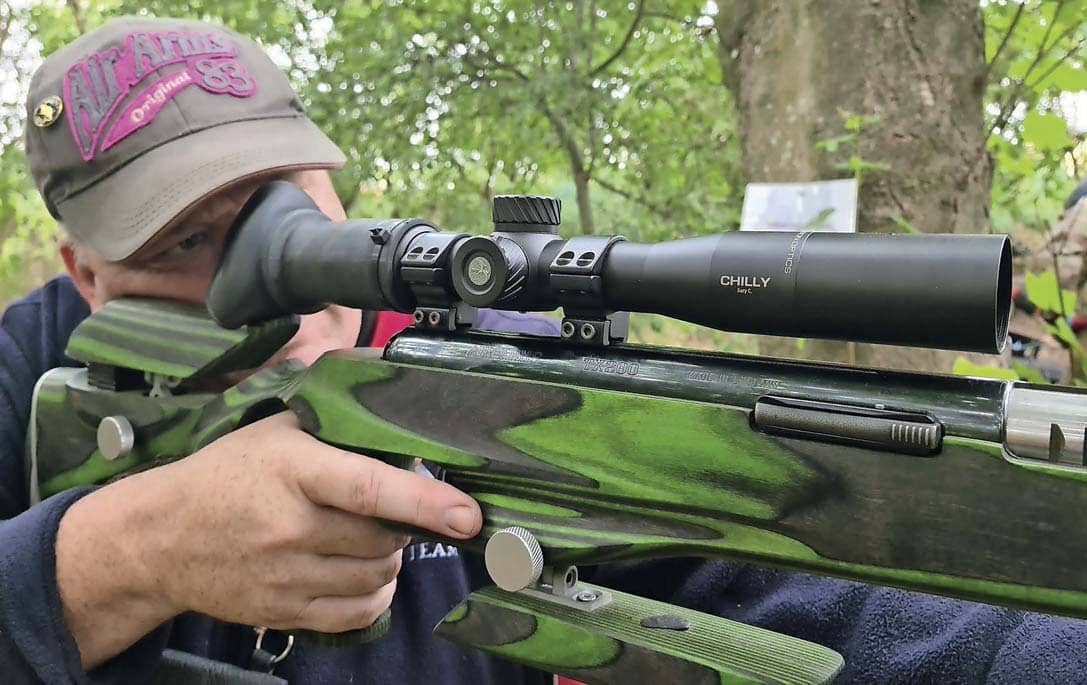 I am very excited about this month’s article because it’s one that I have been champing at the bit to write for about a year. Over the last 12 months, I have dropped titbits about this scope and the more eagle-eyed among you have spotted it on my completion rifle. Finally, I get to talk about the new Optisan CP series of scopes.

About two years ago, Lili You – the big boss of Optisan – contacted Simon Vant, the 2018 HFT World Champion, and asked him, ‘What do HFT shooters want in a scope?’ Within this meeting, Simon explained that HFT shooters, hunters and plinkers need a scope that has; a great depth of field, low parallax error, 10 x magnification, great light gathering and at a reasonable price. After this massive shopping list, I like to think that Lili asked Simon if he also wanted a unicorn, but she went away and a few months later, the prototype SV 3-12x32 was born. 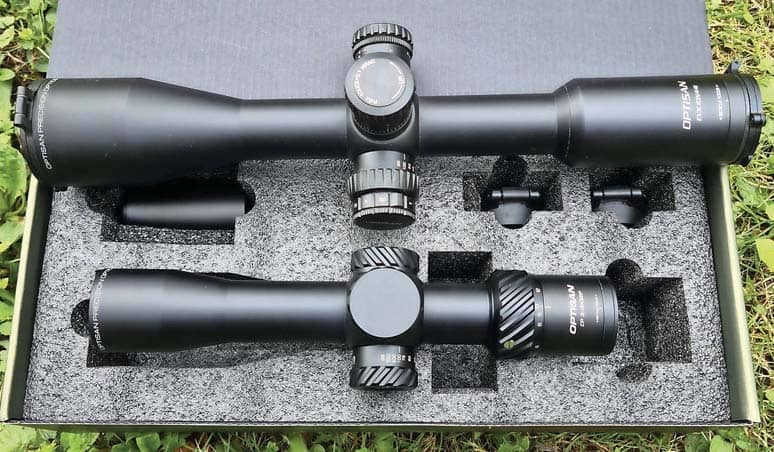 In April 2019, a few of us gathered together at M.A.D. and we were given the opportunity to look through the new scope – I was blown away from the outset. From 13 to 45 yards I could make out the kill zones with ease and clarity, and from 8 to 13 yards there was some blur, but not enough to make it hard to see even the darkest of targets.

At the end of the demonstration we all decamped to a local hostelry and Lili asked for my opinions and then asked if I would be happy to test the scope as a springer shooter. Apparently, it’s very important to the team at Optisan that this scope should hold up to anything the UK airgun world can throw at it, and build quality and longevity are every bit as important as clarity and design. 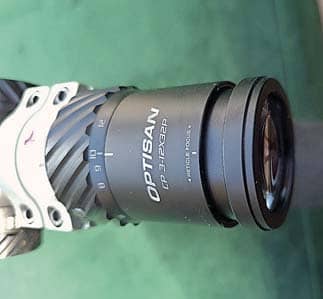 I love testing scopes and I tried to break it; I shot it on every spring gun I own, from my TX200 HC with a 22mm piston that is sharp and snappy, to my HW98 that twangs like my underwear elastic when it gives way. No matter which gun I put it on, and no matter how much I slapped the scope about, I could never get it to lose its zero. After six months of testing, and about 15000 pellets, I called Lili and told her that unless she wanted me to put it on a 50cal Barrett, there was not really much more I can do to test it.