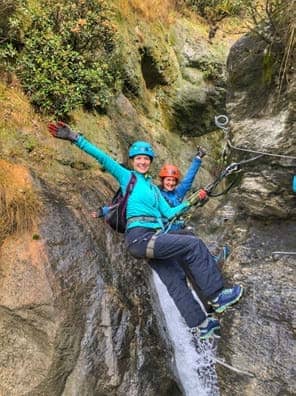 The call of the Wild Wire

“The cuts from the bracken were starting to sting, and I was beginning to lose my grip on the sheer bank. As Mark held my feet in place with his hands, I took a last leap of faith and launched myself upwards towards the sole cabbage tree that had managed to take hold on a tiny ledge beside the waterfall. With my arms wrapped around the tree, I heard my husband's enthusiastic voice. “So, what do you think? Should we do it?”

Laurel told us the story of how their dream of developing NZ first waterfall via Ferrata became a reality, as we made our way to the practice area of Wild Wire.

The story goes something like this. Laurel, a glaciologist from Canada, met her adventuring Kiwi husband, Mark on a trip to Antarctica. She was doing her masters in glaciology and Mark was working for Antarctica New Zealand as a safety guide and got to travel with Sir Edmund Hillary’s entourage when he came to the ice to commemorate his South Pole expedition. Their mutual love and appreciation of the outdoors, in particular, rock climbing, led them to the idea of developing a via Ferrata in their new hometown of Wanaka and Mark had found the perfect place, Twin Falls.

Twin Falls are two side by side waterfalls that cascade 450m vertically down through canyons and crevasses on the outskirts of Mt Aspiring National Park, 20 minutes from Wanaka. Although visible from the road, it was while Mark was abseiling the multi-pitched falls that he realized it would be perfect for a via Ferrata. So, he took Lauren “bush crashing” to show her the spot and their dream became a reality.

Laurel explained via ferrata translates literally to mean via (as in direction) and ferrata (iron), so it translates to the iron road. The iron, in this case, is the bolts and footholds (over 2000 of them) placed on the cliff face to enable almost anyone with a thirst for adventure the chance to experience what it’s like to climb a rockface. 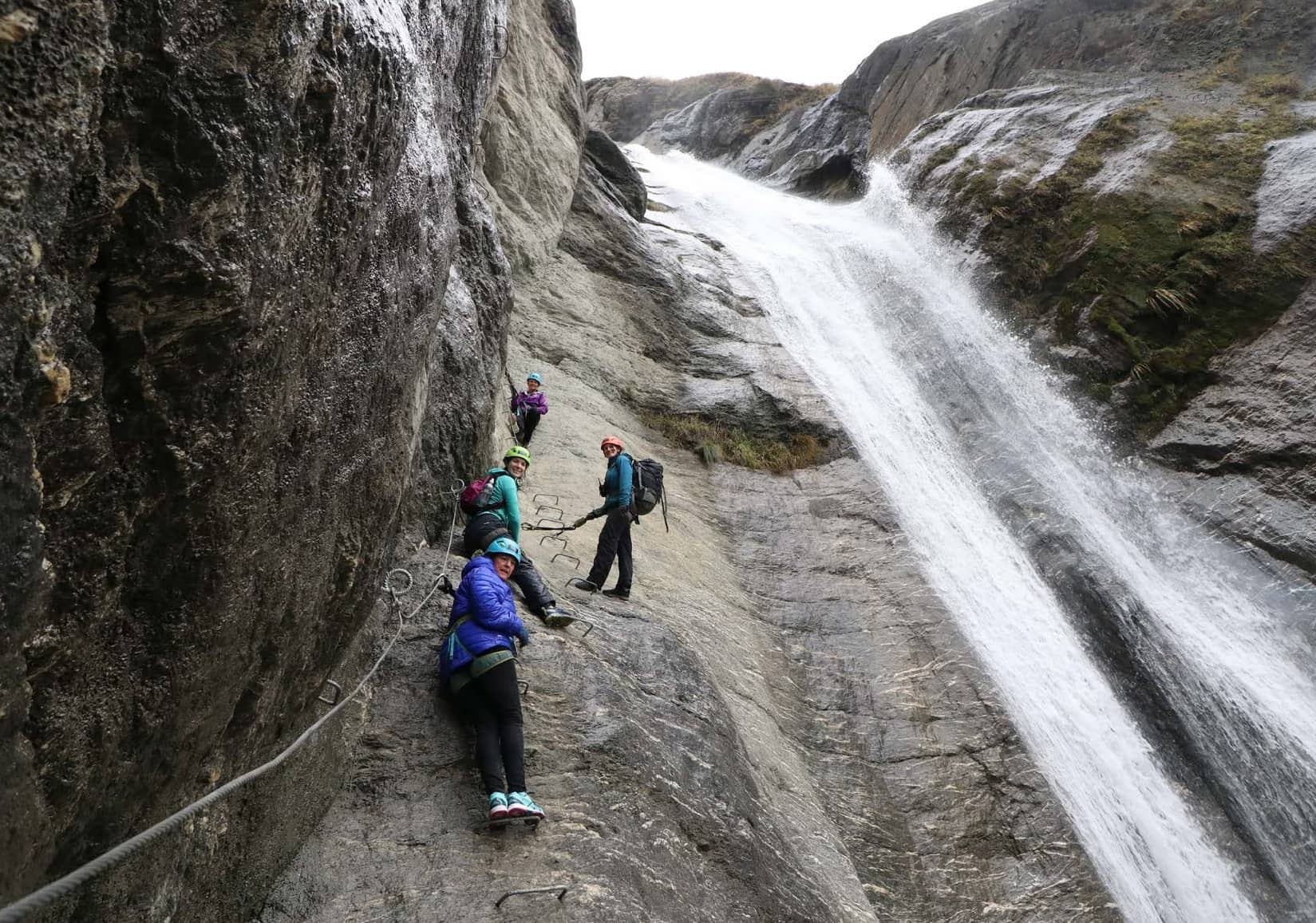 MORE STORIES FROM ADVENTURE MAGAZINEView All