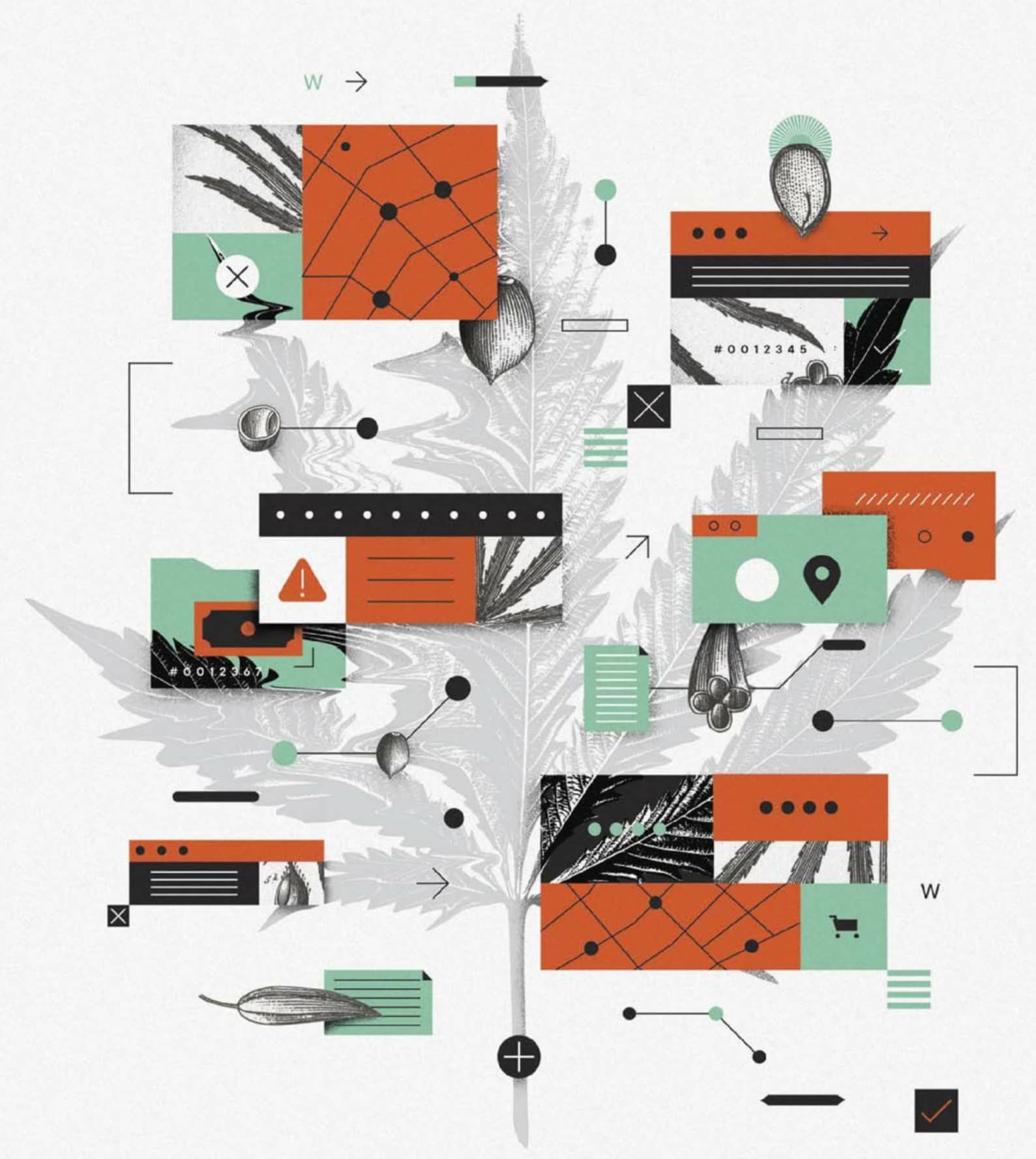 ROBERT TAFT JR. was feeling good. It was just after 10 o’clock on a morning in January 2018—the beginning of what promised to be another flush day in a new era.

For nearly 22 years, medical marijuana had been legal to consume in California. But since the year began, anyone 21 or older could legally buy cannabis. Taft had spent five years preparing for this moment. And for the past two weeks, since California’s Proposition 64 went into effect, his business had been booming.

Taft’s dispensary, a squat, chartreuse and gray shop called 420 Central in the Orange County city of Santa Ana, was bringing in up to 600 people a day—more than five times as many as the month before, when only medical marijuana patients were allowed. Taft dropped his son at school and then picked up his usual breakfast— Aloha Goddess green juice and organic oatmeal with blueberries and bananas—and got back in his car to head to work. Then his phone rang.

On the line, Taft says, was a sales representative from Weedmaps, a website and app that lists nearby dispensaries and delivery services. Though more than a dozen other sites offer a similar service, Weedmaps is one of the oldest and most popular. The interface looks much like that of any other local search site, with businesses rated from one to five stars and comments ranging from the practical (“very fast service”) to the petulant (“dry ass herb”). Pot shops can upload menus, photos, and daily deals to their pages.

Listing your business on Weedmaps can be free. But if you want top billing, you often have to pay an advertising fee. Pricing for placement “is dynamically determined based on user impressions, market demand, and site activity,” Weedmaps told W I R E D last summer. Taft says he paid $20,000 a month for about a year to be listed third from the top on Weedmaps for Santa Ana. (None of the listings appear to be labeled as “sponsored” or “ad.”) But by the beginning of 2018, Taft had run the numbers and decided that it didn’t make sense for him to pay that kind of money. The rep was calling, Taft says, to try to reel him back in.

Taft is a bald and pugilistic 49-year-old with a 5 o’clock shadow. He says that, on the phone that day, he tried to keep things polite. But he quickly cut to his only question: “Are you guys still going to be listing illegal businesses?” he asked.

As he got off the phone, Taft was newly frustrated. Here he was, a guy with a temporary permit to sell marijuana framed and hanging in his office—a permit that had taken tens of thousands of dollars, months of political maneuvering, and a little bit of luck to acquire. He was doing everything by the book: paying his city taxes, his state taxes, his federal taxes, his licensing fees, his worker’s comp. But plenty of other dispensaries in the state, it seemed, weren’t following the rules and were still listed on Weedmaps.

“In most cases, if you don’t have a license, you are not legally operating,” says Alex Kreit, a professor at San Diego’s Thomas Jefferson School of Law with an expertise in marijuana law. “If you’re unlicensed, you’re probably not paying taxes, you’re certainly not paying licensing fees, and you’re not participating in all the regulations and oversight the state has in place.”

The number of businesses listed on Weedmaps fluctuates as shops pop up and shut down, but by the beginning of August 2018, the site was listing about 2,000 total marijuana dispensaries and delivery services in Southern California. At the same time, according to the state’s new Bureau of Cannabis Control, Taft’s shop was one of only 239 legal cannabis storefronts and delivery services, along with 35 microbusinesses licensed to sell marijuana in the region. (Weedmaps has said it believes many of the groups it lists are nonprofit medical collectives, which the state allowed to operate without licenses until January 2019.)

From Taft’s perspective, Weedmaps wanted him to pay through the nose to list his licensed cannabis store next to what he felt were a bunch of miscreants. It was even more incomprehensible, he says, because Weedmaps had been a major donor to the effort to legalize pot in the state. It was soon clear that local and state officials appeared to be as irritated as Taft. As part of legalization, the state requires all marijuana advertising to include a business’s stateissued license number, to ensure that only legal entities can promote themselves to consumers. In February 2018, the Bureau of Cannabis Control sent Weedmaps a cease and desist letter asserting that the website contained ads for businesses that weren’t licensed to conduct commercial cannabis activity. “Weedmaps.com must immediately cease all activity that violates state cannabis laws,” they wrote.

One of Weedmaps’ biggest competitors, Leafly, had already announced on its site that it would stop listing unlicensed businesses by March 1, 2018: “The state has made clear that only licensed retailers and delivery services may advertise via technology platforms,” it said. But Weedmaps demurred, claiming protection under Section 230 of the Communications Decency Act—the crucial clause that shields platforms like Facebook and YouTube from liability for content posted by users. As “a technology company and an interactive computer service,” the company’s leadership wrote in a letter to the state, “Weedmaps is not subject to the bureau’s authority or ‘state regulations.’ ”

After two decades of unregulated pot chaos, the beginning of 2018 was supposed to herald a new era for California—one that established a clear line between legal and illegal marijuana businesses. Of course, the federal government still considers cannabis illegal, but Weedmaps, ironically, has claimed protection under federal law, leaving sellers and state regulators exasperated.