When The Chips Are Down 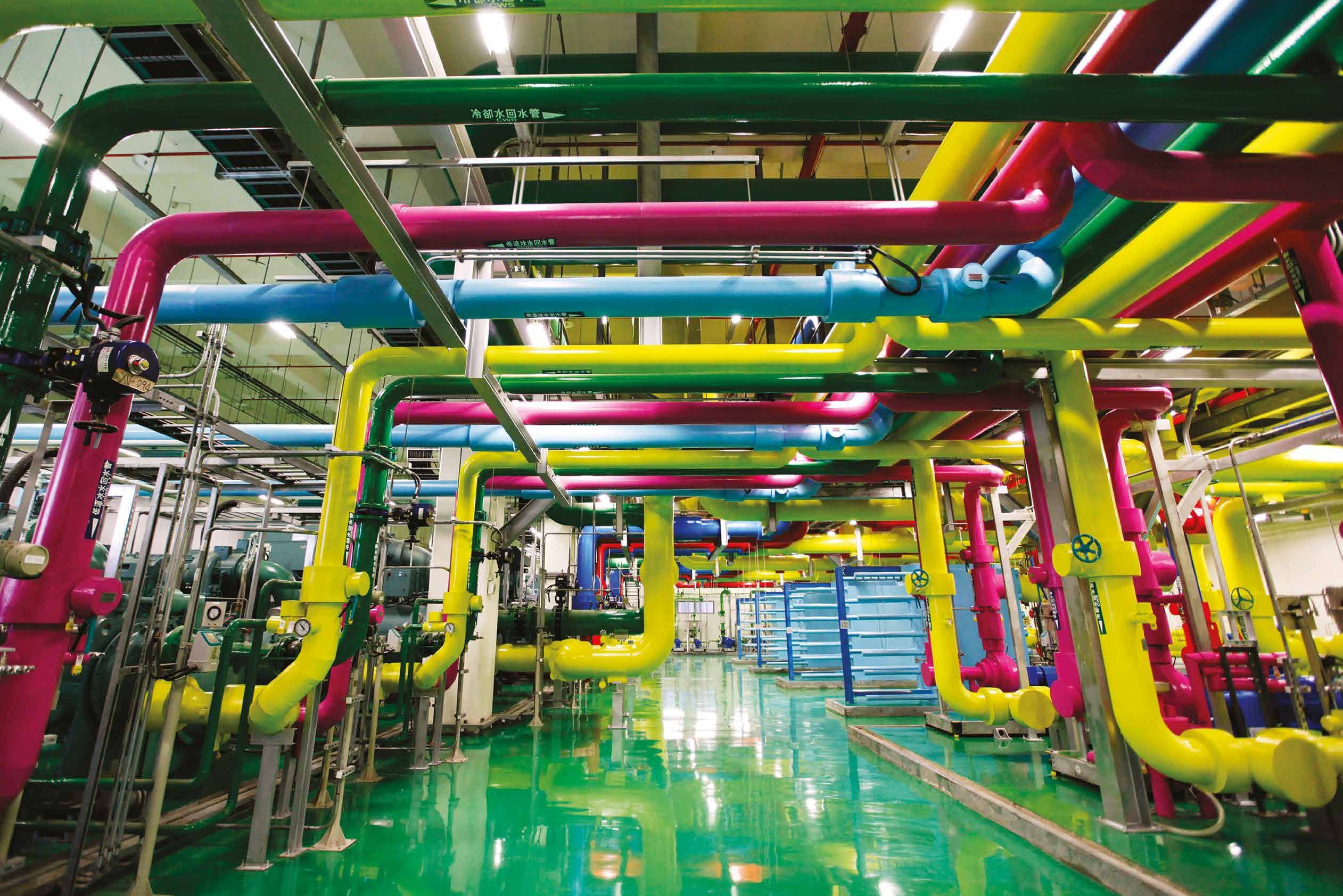 For the last few decades, we’ve been enjoying faster and faster computer speeds, but we’ve now squeezed as much as we can from silicon chips. We take a look at the tech that could take their place

Compared to those of 50 years ago, the computer processors of today are fast. Crazily fast. Their speed has been doubling approximately every two years. This doubling effect is known as Moore’s Law, after Gordon Moore, the co-founder of Intel, who predicted this rate of progress back in 1965. If the top speed of cars had followed the same trend since 1965, we would be watching Lewis Hamilton fly around Silverstone at more than 17,600,000,000km/h. For the computer industry, his prediction became a golden rule, perhaps even a self-fulfilling prophecy. The chip manufacturers were inspired to attain the performance

Moore’s Law forecast. And so they did, inventing ever more impressive ways to shrink the necessary components to fit into smaller and smaller areas of silicon, and speed up the rate at which those components interacted in the process. Today, thanks to the largescale integrated circuits used to make the increasingly powerful microprocessors, the computer industry has transformed the world. We have digitised almost every aspect of our lives, from food distribution to transport, and created new technologies that would never have been possible with older processors, such as social media, online gaming, robotics, augmented reality and machine learning.

The continuing advances predicted by Moore’s Law have made these transformations possible. But we’ve become blasé about the extraordinary progress, to the point where many software companies simply assume that it will continue. But as we create more data every day, we also create the need for vast warehouses of computers, known as the cloud, to store and process that data. And the more data we produce, the more computing power we need to analyse it. 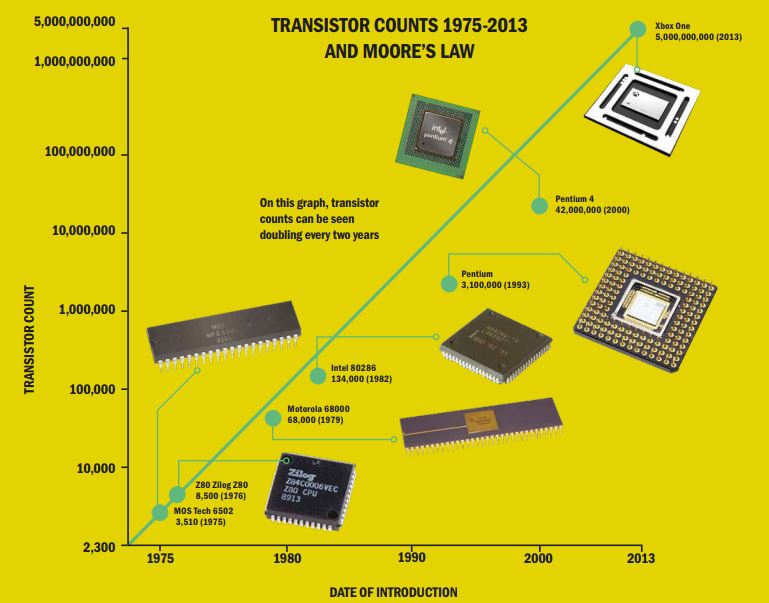 But the story of runaway progress in silicon can’t continue forever. We’re now reaching the end of this amazing technological explosion and we’re running out of ways to make our computers faster. Despite the remarkable efforts of research engineers, you can only make transistors so small before you run out of room at the bottom. For example, Apple’s A11 chip, one of the best we have today, contains 4.3 billion transistors in an area of 87.66mm2. Go much smaller than this and the transistors become so tiny that the effects of quantum physics start to interfere – electrons start to jump around and turn up in places where you don’t want them to be. With so little space, it also becomes difficult to organise the fine structure of the silicon wafer that’s essential to control its electrical properties. Pack in too many transistors and make them work faster and the restricted flow of electrons within the chip can make it so hot that without significant cooling, it will burn itself up. 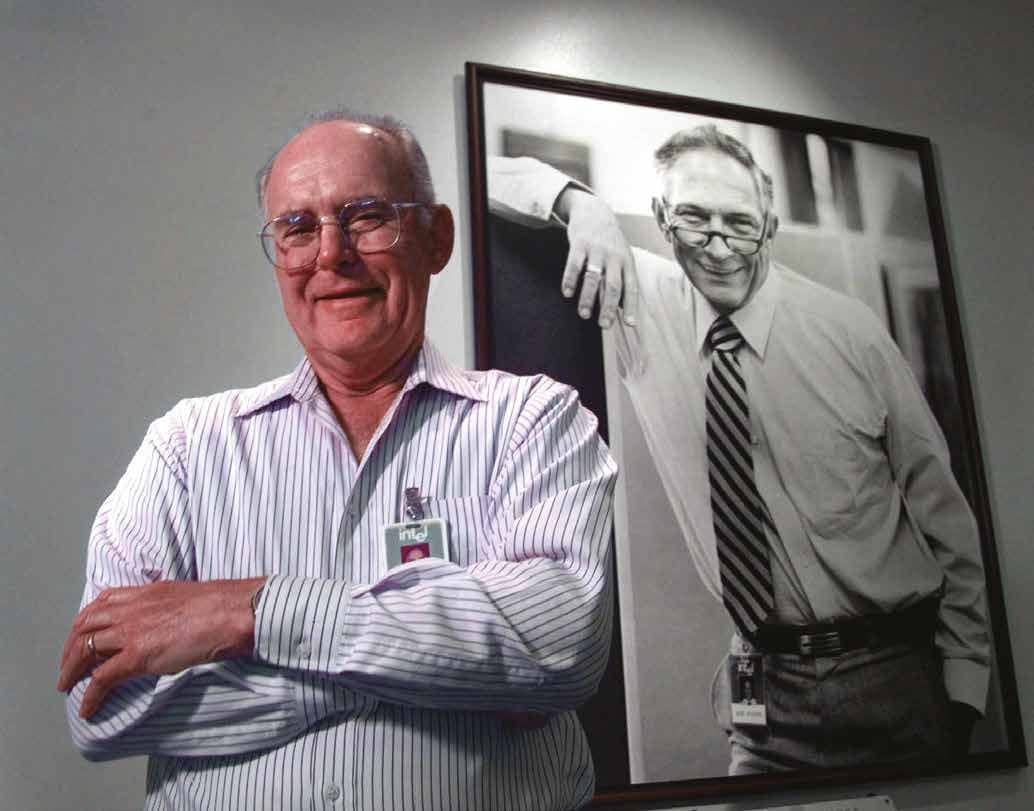