The Race To Create A Vaccine 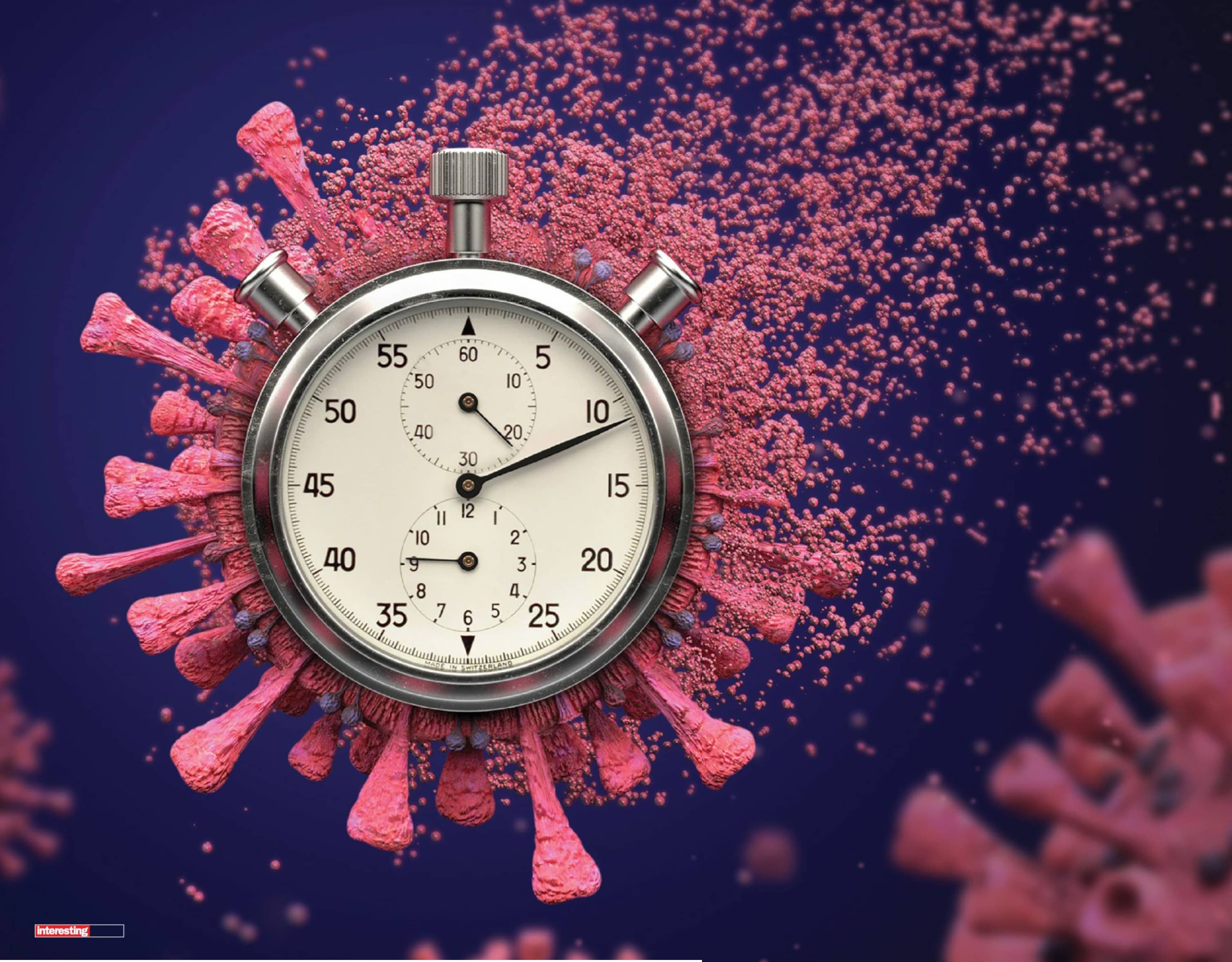 How scientists will bring an end to the coronavirus pandemic

What were you doing on 10 January 2020? It was a Friday, so chances are you were arranging to meet up with friends. The days of completely unrestricted normality seem a distant memory. But it’s the date that the race to create a coronavirus vaccine began. That day, the Chinese government released the genetic sequence of the virus – SARS-CoV-2 – responsible for the pandemic. It enabled researchers around the world to start building bits of the virus in their labs, with the aim of developing a vaccine that will make us immune.

There are around 35 research teams around the world now working on a vaccine. Millions are being pumped into vaccine development by organizations and wealthy individuals, including Microsoft billionaire Bill Gates, who has pledged to build factories for the seven (as yet unannounced) leading candidates. Meanwhile, a handful of teams, including US biotech businesses Novavax and Moderna, and a team at the University of Oxford, are supported by a foundation called the Coalition for Epidemic Preparedness Innovation (CEPI).

The University of Oxford’s team is one of the furthest along the path to a vaccine. “I got the sequence on 10 January and then we spent the weekend deciding what to put in our vaccine,” says immunologist Dr. Teresa Lambe, who is one of the vaccine team leaders at the university’s Jenner Institute. Since then, the work has been intense. “I haven’t had a weekend off. I’ve worked through gastro [a stomach bug]. I’ve worked through birthdays. I haven’t seen my children. It’s been exhausting.”

“Given how widespread the virus is, it seems unlikely that it will just disappear. The sooner we have a vaccine, the sooner certainty can return to our lives.”

Since the pandemic took hold, there’s been a question that not even the experts can answer – when will it end? Given how widespread the virus is, it seems unlikely that it will just disappear. Even if one country eliminates it entirely, it could just take one infected person traveling from another country to reignite the virus’s spread. To stop it for good, we need immunity. So, the sooner we have a vaccine, the sooner certainty can return to our lives.

The path to immunity

SARS-CoV-2 belongs to a broader group of viruses called the coronaviruses. Many just cause mild symptoms – nothing more than a cold. But a handful has caused serious disease outbreaks: SARS in 2002-2003, MERS from 2012 onwards, and now COVID-19 – the disease caused by SARS-CoV-2. We don’t yet have an approved vaccine for any coronavirus. But the urgency of this pandemic means that SARS-CoV-2 is now the top priority.

The basic principle of any vaccine is to fool the body into thinking that it’s been infected by the virus (or bacterium) that causes the disease. In response, the immune system creates proteins called antibodies. If you get infected by the real virus, memory cells in the immune system called ‘B lymphocytes’ produce the antibodies again, helping you to fight the infection.

All of the potential COVID-19 vaccines fundamentally achieve this in the same way, by exposing the immune system to the club-shaped protein spikes that cover the virus’s spherical shell. (This shell, made of fatty lipid molecules, encloses the virus’s genetic material.) When the virus invades our body, the spikes connect with a receptor on the surface of cells lining the throat and lungs to gain access to these cells, allowing the virus to enter and replicate. But exposing the immune system to these spikes, which are harmless on their own, trains our body to quickly churn out antibodies that smother the spikes and stop them from connecting.

While we wait for a vaccine, the World Health Organization (WHO) has launched a global trial of drugs that could be used to treat those who already have COVID-19… 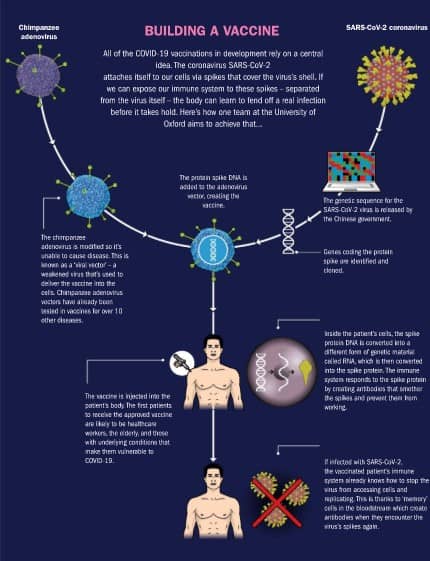