Land Sliding - A Most Common Disaster In Hilly Areas 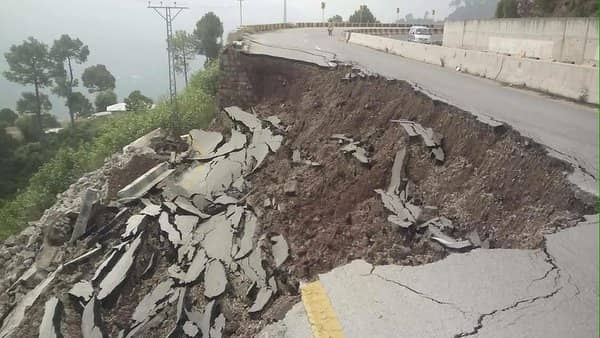 The sliding down of a piece of land under the force of the gravitational pull of a mountain or hillside is called the landslide.

It is a natural process which takes place in form of downward mass movements of rock, debris, and soil due to gravity influence. Itis a most attention taking natural disaster which mostly existed in hilly areas but recently increased in frequency in certain areas because of human activity. Water from heavy rainfall and Excessive water are the frequent cause for landslides which weakens the slope materials. Other factors that weaken slope materials also contribute to the occurrence of landslides. The factors that weaken slope materials also contribute to the occurrence of landslides include both natural events such as geological weathering and erosion and human-related activities such as deforestation and changes made to the flow of groundwater while slope is also most common factor. Destruction of vegetation by droughts, fires, and logging has been associated with increased risk for landslides. One particularly destructive type of landslide is known as a lahar. Lahars are volcanic mud flows or debris flows that are capable of traveling at very fast speeds down the slope of a volcano.