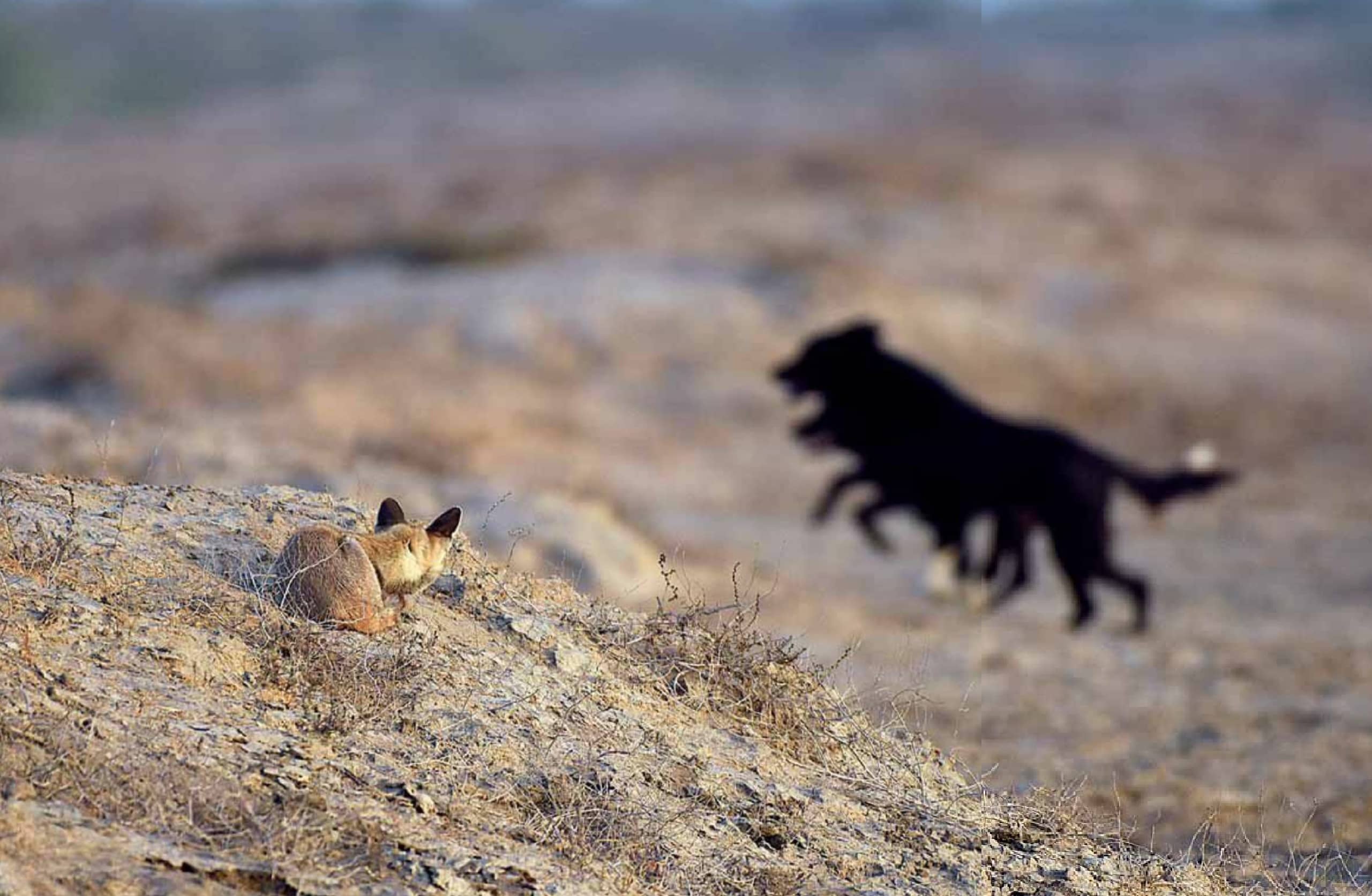 Seen here is a desert fox Vixen looking intently at two domestic dogs who have come dangerously close to her den in the Indian Wild Ass Sanctuary situated in the Little Rann of Kutch, Gujarat.

Observing the Vixen and her pups from a safe distance for over an hour on three consecutive days, I witnessed two different packs of six and five feral dogs respectively, visiting the den site with the sole purpose of attacking the pups. I sighted three pups on the first morning but on subsequent visits only two. The Vixen too would get extremely stressed as soon as she spotted the dogs even from a distance of 500+ metres. Probably, one of the pups had fallen prey to those dogs.

Research across the globe has unequivocally shown that despite providing some benefits to humans, domestic dogs, classified as owned dogs, street or free living dogs, and feral dogs, have many negative impacts on biodiversity (see Last Word, page 98), particularly due to interactions such as competition, predation and pathogen transmission with native wildlife.