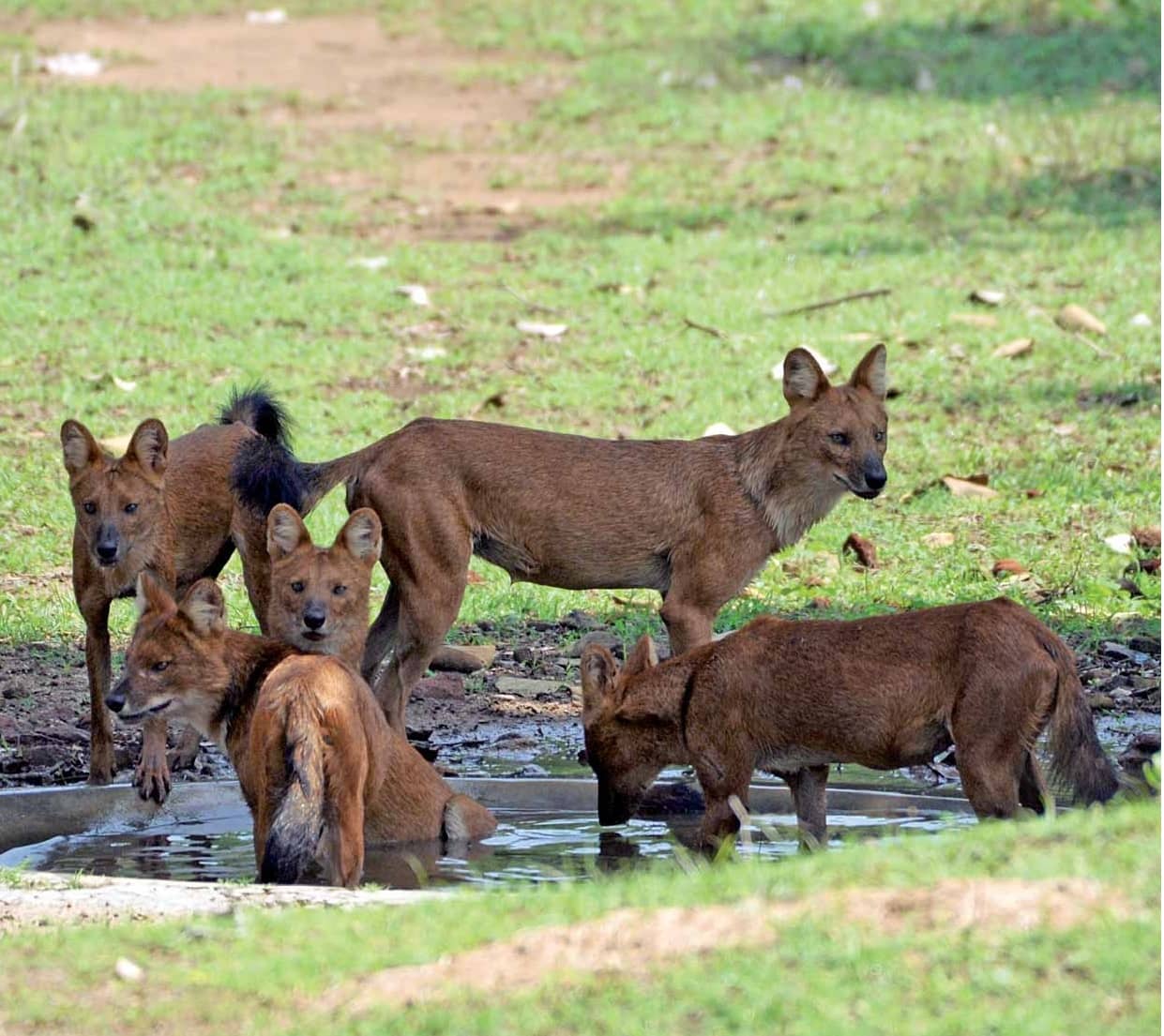 A large chital stag headed rapidly in my direction pursued by the pack. My sudden presence disrupted the hunt, the stag got his chance to escape, and the disappointed dogs yapped and snarled at me from a distance.

I have always had mixed feelings about the Dhole Cuon alpinus, or Asiatic wild dog. My first encounter was on a cold and rainy evening in the 1960s, when my father, E. R. C. Davidar, a lawyer, shikari and later a wildlife conservationist, first brought us to a property in the northern foothills of the Nilgiris, that he and my mother later purchased and named ‘Cheetal Walk’. A pack of wild dogs were dismembering a chital near an old disused well. It was a painfully fascinating but unforgettable sight.

Dholes are cooperative hunters and breeders. They hunt as a pack coordinating their movements by whistles and usually bring down prey larger than themselves, devoured quite rapidly, sometimes while still alive. The British hated them, terming them “vermin”. Fletcher (1911), a planter in the Nilgiri-Wayanad, describing them as “crafty, untiring, cruel and relentless as fate”, wrote, “the wild dog is the curse of the country.” Lt. Col. Phythian-Adams, then Honorary Secretary, Nilgiri Game Association (later renamed Nilgiri Wildlife and Environment Association), called them ‘the perfect swine’ and unleashed a war on them. A bounty was placed on their heads and many were massacred. This was probably because they were rivals to the ubiquitous shikaris of yore.

My father, who succeeded Lt. Col. Phythian-Adams at the Nilgiri Game Association, also began with a period of aversion towards the wild dogs. But after observing and admiring their rich social interactions, his opinion evolved, provoking welcome changes for the species in the Nilgiris. As he describes in his book Whispers from the Wild: “I began efforts to provide much-needed succour to this embattled animal. To start with, I got the reward reduced, and further reduced its attraction by ‘cheating’ on payment by halving it for anything but outsize skins. When the dhole population started declining, the bounty was suspended, during the critical period. It is heartening to note that on the implementation of the Wildlife (Protection) Act of 1972, the practice of payment of bounty by the government for killing wild dogs and other ‘vermin’ was abolished.” Wild dog numbers in the Nilgiris were known to fluctuate, possibly due to indiscriminate slaughter or disease. Distemper and rabies, transmitted from domestic dogs decimated their numbers, and it took the population years to recover. Fortunately, the Worldwide Veterinary Services (WVS https://wvs. org.uk/what-we-do/projects/india-international-training-centre) training centre based in Ooty, has vaccinated and neutered most of the village dogs, reducing disease risk for the dhole, and thereby stabilising their numbers.