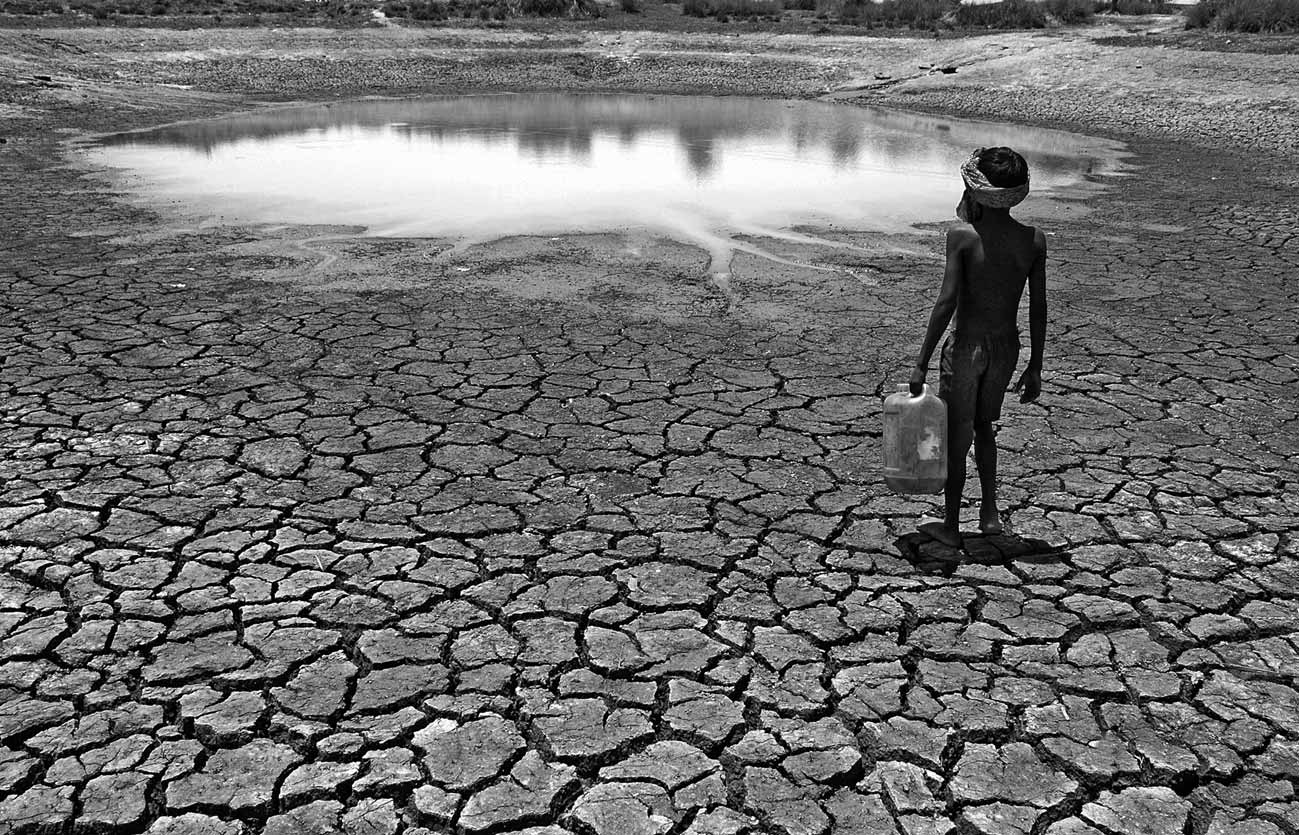 Children as young as 10 years old are risking their lives to travel long distances in crowded trains in the Aurangabad district of Marathwada, Maharashtra to procure just two cans of water.

This is the face of a drought it India. A country that theoretically receives sufficient annual rainfall to meet the demands of its billion-plus people, is, today, suffering from a crippling water crisis. According to India’s Central Water Commission, India needs 3,000 billion cubic metres of water every year, and receives 4,000 billion cubic metres of rainfall. Then why are 600 million Indians suffering from extreme water stress? The multiple answers lie in our abysmal water management, corruption, unchecked industrial and real estate expansion, destruction of wetland, water bodies and their catchment areas, lack of rainwater harvesting initiatives, water pollution, solid waste dumping, land-grabbing, misuse and wastage among other reasons. All of this in the time of human-induced climate change. States such as Maharashtra have also been funding more and more dams and reviving controversial irrigation projects to cater to the demands of big cities, which continue to be unaccountable for their water waste coupled with wholly unjustified water demand projections. According to the South Asia Network on Dams, Rivers and People (SANDRP), Mumbai has water losses of up to 25 to 30 per cent and the Brihanmumbai