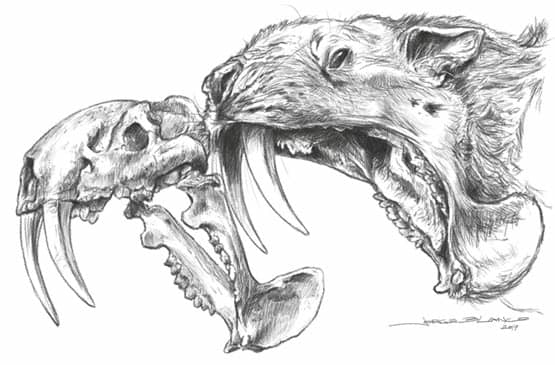 Everyone knows about the cats of the Pleistocene that sported enlarged, trenchant canines, such as the sabertooth Smilodon and the scimitartooth Homotherium.

Although their canines were large indeed, it was Thylacosmilus—the much less famous South American “marsupial sabertooth”—that took enlargement well beyond anything seen in placental cats. 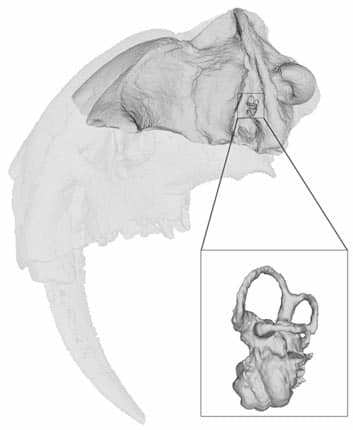 Until about 3 million years ago, the Cenozoic fauna of South America had evolved in almost complete isolation from that of North America. As a result, niches that typically would have been filled by artiodactyls, carnivorans, rodents or other major placental groups were instead occupied by endemic South American mammals. Many of these taxa were astonishingly different from their ecological counterparts on northern continents. A good case in point is the sabertooth avatar of this story, Thylacosmilus atrox, a member of a wholly extinct group related to crown marsupials called Sparassodonta. Thylacosmilus evolved in the late Miocene from more generalized predaceous ancestors in the clade Borhyaenoidea, a remarkable group of metatherians that included bearsized Proborhyaena gigantea as well as species with dental adaptations somewhat similar to those seen in bone-cracking hyaenas, such as Borhyaena tuberata and Arctodictis munizi. 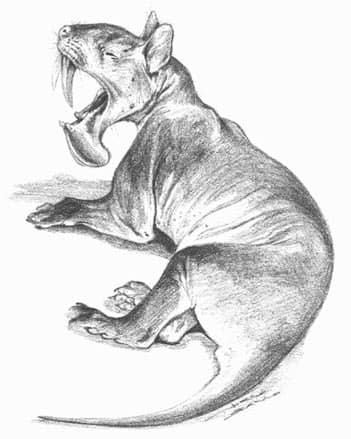