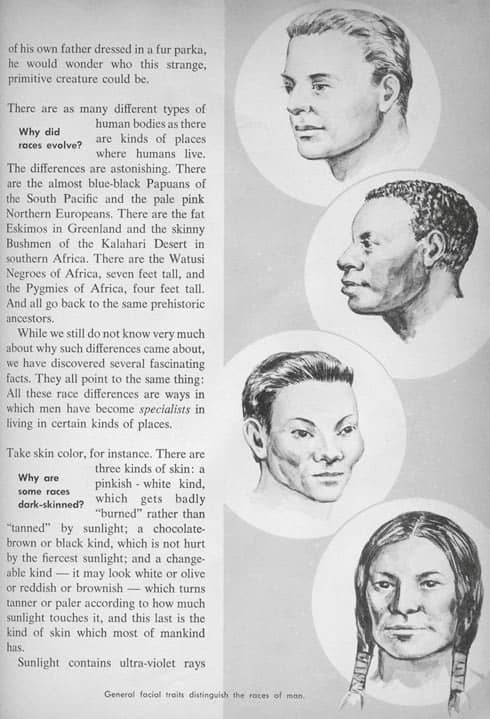 With the nation and much of the western world contending with the fallout of the chronic problem of racism, this is as good a time as any to take a look at the issue within the world of vertebrate paleontology.

I do so as a person who has been around long enough to have lived in a nation where outright Jim Crow apartheid segregation was still legal in many states, and often intensely defended, and tacit elsewhere. But in the late 50s and especially the 60s the times they were a changing, with the civil rights movement in full force, led by Dr. Martin Luther King, and a growing portion of the white population strongly interested in assigning minorities the rights that had long been denied. I grew up in Virginia, a key state of the Confederacy that was strongly segregated. But it was in the relatively progressive suburbs across the Potomac River from Washington DC, and I have no memory of ever seeing an example of blatant discrimination, such as a whites/blacks only sign for a facility, such may have not been legal in the immediate area (that our family never traveled south may have been a way of avoiding such territory, our big trips were north and west, including a journey to Utah when we took the opportunity to visit the then new visitor facility at Dinosaur National Monument). The 100th anniversary of the Civil War was underway for some of those years, and I was a staunch pro-Unionist. Although my parents were Cold War conservatives, they were not blatant bigots – my mother was a fan of Sidney Poitier, and I did not even realize there were such people as Jews until around age 9 or 10 when a girl who lived down the street told a shocked me that she did not celebrate the Xmas I adored – the tree, the decorations, the food, all those gifts, the dinosaur books, toys and models -- and why. The television I was addicted to coming out of New York and Hollywood was largely liberal and favorable to minorities, with a number of shows from Bonanza to The Dick Van Dyke Show to Star Trek explicitly, albeit often awkwardly, taking progressive stances on the issue.

But make no mistake, I was enjoying all the benefits of white privilege based on flight to the pacific suburbs away from the inner cities. Hailing from Indiana and Utah we made a family drive to in 62, my parents met in the DC burbs. Beginning in 1964 we moved into my mother’s dreamhouse - a brand new two level with central AC! – in the Stonewall Manor subdivision, living on Bull Run Ct. at the end of Jackson Dr. Never batted an eye at the Lost Cause subdivision theme. We were up and coming, post-war boom whites living The Dyke Van Dyke Show style in new, upscale projects that may have well had anti-black covenants in the property deeds. The only minority in Stonewall Manor and the neighboring Dunn Loring built by the same company was Asian, I think Japanese. There were blacks in the neighborhood, living in older working class houses along a single lane wedged between the two subdivisions. Although the houses on that street backed onto the yards of some of those on Bull Run Ct., I never, ever, ever went onto the street. Nor did the black kids ever venture into the subdivision as I recall. Not being residents of either division, they did not have access to the swimming pool just down the creek from my backyard where all the skin getting UV burned was lily white. During public elementary school where dinosaurs were barely mentioned to my perpetual vexation there was one native American boy, and later one of Mexican heritage – he once accidently whacked my temple with a soft ball causing a retinal tear spotted just recently during an exam, but that is another story. I sort of think there were a few blacks in the junior high that was just down the drag from the black enclave, but I never interacted with them. Much the same in high school which was working and middle class white. In the wake of the 1968 riots after the murder of King our family and another on the cul-de-sac did a drive through tour of the devastation in DC, and my mother and I walked along the Poor People’s Campaign Resurrection City along the National Mall where resided the Smithsonian and its dinosaur hall. A Washington Post article on the culture of the Smithsonian when I was a regular visitor to the collections noted it had a reputation as “The Plantation,” the researchers and higher end staff being nearly all white, with the janitors and guards mainly people of color, a disparity common to many intellectual institutions. That was in part a heritage of President Woodrow Wilson’s scandalously segregating the Federal civil service, a move not reversed until the Truman administration.

I was well aware of the civil rights movement and generally favorable to it as were most whites I knew, some creepy neofascist friends of my parents not being so. But what I really cared about was science, including evolution, especially dinosaurs. And art, most of all illustrating dinosaurs and other ancient beasts. Why? Because being born into white privilege I could afford to be, and had access to a career in paleontology.

Why have American minorities not flocked into careers in paleo research and art? To get to that let us go back in time, far beyond my birth, but not very far compared to the K/Pg extinction. To 1000 CE in Europe. When subSaharan blacks made it to Eurocities back then, deep racism had not set in. There was some thinking that the black skin of Africans was a sign of inferiority compared to the purity implied by white integument, but blacks were mainly seen as rare and exotic curiosities. At the time slavery was widespread, but not racial, most of those in bondage in Europe being white.