The Man Who Lit The Dark Web 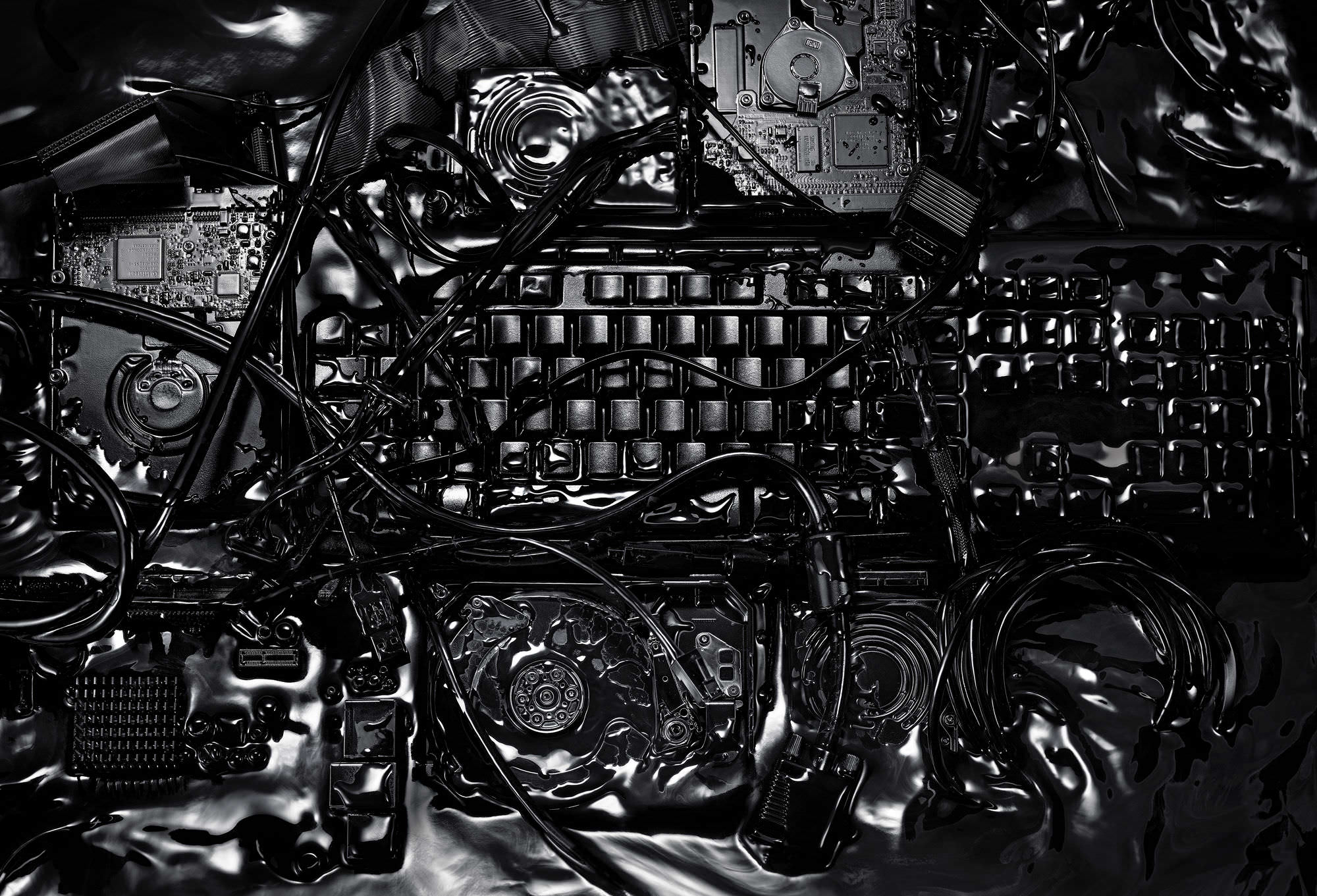 Before Chris White could help disrupt jihadi finance networks, crush weapons markets, and bust up sex-slave rings with search tools that mine the dark web, he first had to figure out how to stop himself from plummeting through the open gun door of a banking black hawk helicopter.

No hand-holding in a war zone, he thought. It was September 2010. White was on his way to a forward operating base outside Kabul headquarters, as part of a secret intelligence cell to help confront the Taliban and al-Qaida, smash their encrypted online money stream, and win over the hearts and minds of the Afghanistan population. Slight and lanky and 28, White felt Dukakis-ridiculous in his unwieldy body armor and bulbous helmet with “Dr. White” scrawled in marker on duct tape across the front, and with the dust from liftoff, he was finding it hard to breathe. He was still struggling with the unfamiliar seat straps when the pilot hit the stick, sending White sliding toward the hot square of the door and the desert 200 feet below.

Down there, Afghanistan was a messy, dangerous place for pretty much everybody. After nearly a decade of U.S.-led war, the American body count had hit 1,000, and civilian casualties were beyond calculation, as President Obama’s 30,000-troop surge intensified the fighting that spring. Many feared the situation was only going from bad to worse. The U.S. was escalating drone strikes across the border in Pakistan. And U.S. command was under assault after Gen. Stanley McChrystal, the surge’s architect, found himself without a job after he and his staff made disparaging remarks about the commander in chief in some music magazine.

It is hard to imagine that only a few weeks earlier, White had been just another impossibly young-looking Harvard postdoc in flip-flops looking forward to a Cambridge summer. Helicopter gunships and war zones weren’t on the radar; there were lattes in the square and rock climbing, and on the other side of campus, a prestigious fellowship in the School of Engineering and Applied Sciences, where he was working at the intersection of big data, statistics, and machine learning. He had earned academic pole position and had every expectation it would continue that way forever—becoming a professor, building a lab, and sniping out white papers from a tenured ivory tower.

But then his mentor asked him to attend a weekend conference at DARPA. White knew it as the alphabet soup that spelled out Defense Advanced Research Projects Agency, the Pentagon’s scientific-innovation department, the folks who brought you bionic exoskeletons, night vision, the M16, agent orange, GPS, stealth technology, weather satellites, and the Internet. DARPA projects combined smart people, big ideas, and big government dollars. Their goal was to help the nation prevent technological surprise, and every five to 10 years, wheel out world-changing tech with a strategic edge.

White had gone grudgingly, expecting a PowerPoint presentation, a recruiting speech, “and maybe some theoretical question like you’d expect from DARPA—you know, see if we can build some giant laser,” White says. Instead, he got a top-level briefing on the world at war. He learned there were dark forces out there. Their acts were brutal, but their tactics and bureaucracy were sophisticated. They were killing and terrorizing, growing and winning. He also heard there was an opportunity to use big data to counter those forces; his country was eager to seize that advantage as quickly as possible.

By the end of a full day, White the wunderkind postdoc felt humblingly naive.

I don’t know anything about war, he thought. White had never been privy to the details from a practical, operational perspective. Increasingly, that perspective involved a need to make sense of gargantuan icebergs of raw and seemingly unconnected data, to pull plans and policies out of frozen mountains of intel.

America, it turned out, could use a guy like White in a war zone. 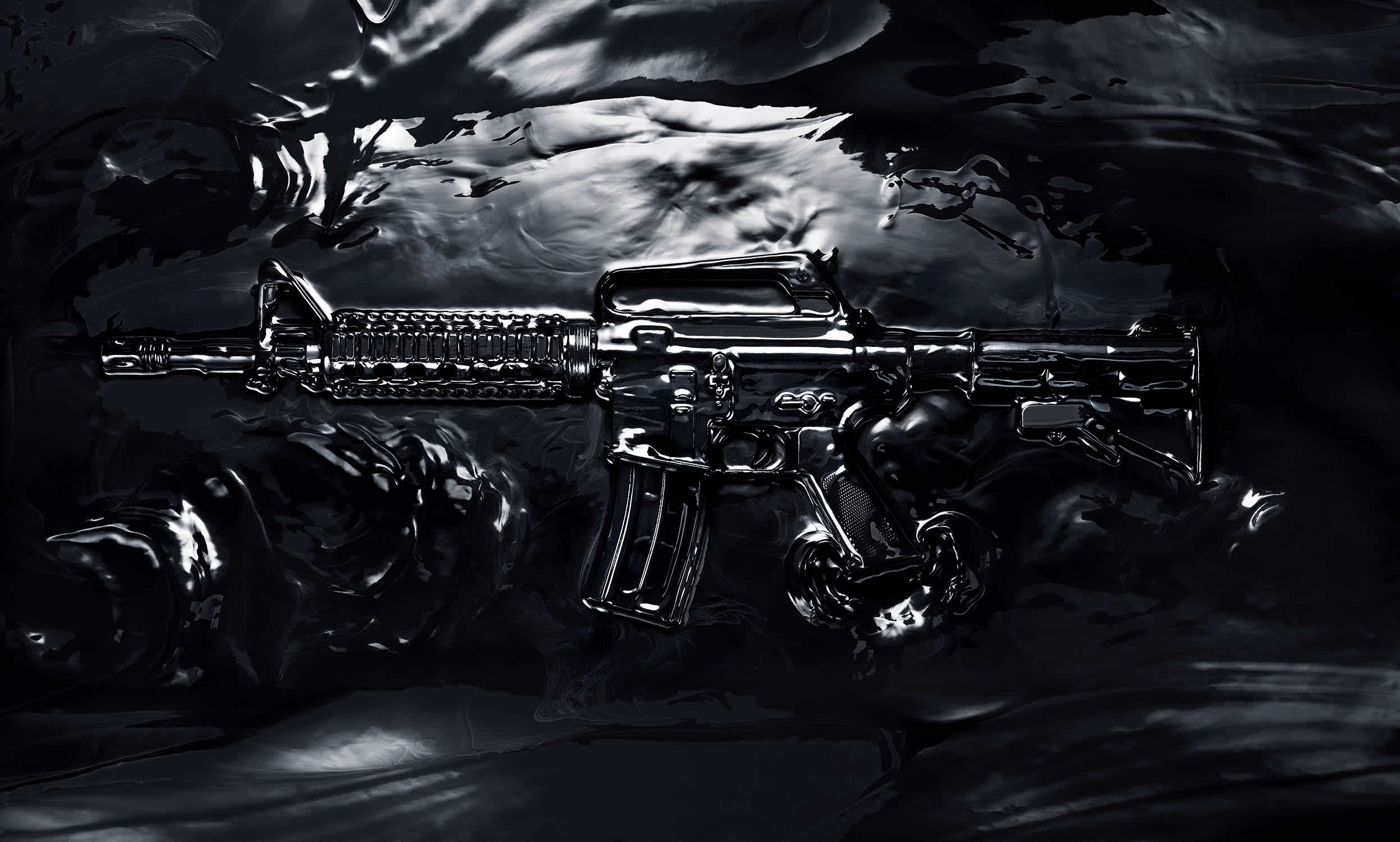 But first, he had to stop himself from plummeting through that chopper door. White scrabbled back to his seat, grabbed the straps, and held on as gunners slouched in the open door, watching for ground fire. These veteran warriors were like characters out of Mission: Impossible, White thought. White was on their team but with a different role, as part of a nerd A-team in a classified DARPA program called Nexus 7. For nearly a decade, the U.S. military had been collecting intel in Afghanistan, reportedly courtesy of the CIA, the National Security Agency, GPS satellites, cellphone records, battlefield reports, digital financial streams, surveillance cameras, foreign intercepts, and fire-hose streams from every online social network out there. While this intel had been useful—for, say, a targeted drone strike—it mostly amounted to a data dump. And there was even more that the U.S. wasn’t utilizing in its quest to understand what Afghanistan’s citizens wanted and needed. These overlooked clues were, as Maj. Gen. Michael Flynn, then-head of U.S. intelligence in Afghanistan, put it, a “vast and underappreciated body of information.”

To fix that, DARPA had sent in White and a dozen other geeks to embed with fighting units and make better use of this data trove. Some of the geeks would fuse things like satellite data and on-the-ground surveillance to visualize how traffic flowed (or didn’t flow, indicating a nearby Taliban checkpoint or a roadside bomb). White’s team mission was to target the digital trail of the Taliban and al-Qaida’s financing.

Their data-mining tools were specific to the needs of the war, and successful enough to garner him promotions, medals, and citations. Eventually, White would take these tools and the lessons he learned back home, where they would help revolutionize criminal investigative work, lend a hand to the journalists probing massive downloads like the Panama Papers, and shine light into the dark data realm where drugs, guns, and human beings are bought and sold, and where illicit bitcoin billions flow freely. One day soon, they might even help pave the way for a more informed democracy.

Sliding toward that Black Hawk’s open door, White assumed it was the end. It was only the beginning.

WHITE IS NOT A STUTTERING, BEAUTIFUL MIND TYPE OF genius. He’s more of a stealth nerd. I first met up with him this past November in the lobby of a hotel in downtown Seattle. The lithe and darkly handsome Oklahoman I found in a bright blue Patagonia windbreaker by the front desk came across as something like a smaller, quieter hipster Carl Sagan. Which is to say he’s not just bright and passionate, but he’s also nice and strangely normal—qualities that might seem at odds with his role as anointed visionary whiz kid. But apparent contradiction is White’s secret sauce: He’s an accomplished Ashtanga yoga practitioner who has been to war, a former government employee on a first-name basis with celebrity Buddhists and legendary hackers, and a practiced martial artist who’s dedicated to the solitary sit-down science of staring at computer screens.

These apparent contradictions have allowed White, now 34, to bridge worlds between experts. He’s not the genius cranking out code, the analyst looking for the next big IPO, the hand-shaking CEO, or the wartime general turning a pile of intel into a plan. He’s the guy who can talk to all of those people, understand them, and combine their strengths into a matrix none individually would have imagined.

Currently, that matrix has to do with making the Internet a more interesting, useful, and democratic tool for exploring our data universe. And it turns out, that’s not a career he could plan for. Post high school, White had surprised classmates by veering into the hard sciences. He then surprised his family and himself by abandoning a pre-med track for electrical engineering. He continued to surprise them with his facility for statistics and computer science, leading to a rarefied academic byway where machine learning and big data intersected with human language. “Some of the best minds of our generation are using the Internet to make advertisers richer,” White says. “But the connectivity of the Internet is also an unprecedented mechanism for compassion, for understanding each other, ourselves, and our world. What could be more interesting than that?”

But by the time White traveled from his Harvard postdoc to that DARPA briefing, he had already parlayed an electrical engineering degree from Oklahoma State University into a fellowship from the Department of Homeland Security, and earned his Ph.D. at the Center for Language and Speech Processing at Johns Hopkins University. He’d also worked with Microsoft, MIT, IBM, and Google. And, he says, none of that had prepared him for what he calls the “no-kiddingness” of the mission in Afghanistan.

“I was blown away,” says White. “It was scary, and it was stressful, and I was really intensely focused on the work. I knew I was contributing to something important. But I had no idea that I was making a radical life change.”

At the time, DARPA was changing too. Its new director, Regina Dugan, had shepherded Nexus 7 through the Pentagon bureaucracy. She believed in the power of crowdsourcing complicated problems and wanted DARPA to take on a more active wartime role, rather than blue-skying technologies that might remake the military 10 years down the road. As she had told a Congressional panel, she wanted military leaders to know DARPA was in the fight.

Nexus 7 would be the tip of the spear. The effort was designed by DARPA project manager Randy Garrett, overseen by Dugan, and greenlit by Gen. David Petraeus. The teams were split into two groups totaling about 100 computer scientists, social scientists, and intelligence experts. The larger group remained stateside, writing code and mashing up military data sets; White was in the smaller group, looking over shoulders in military HQ tents in Afghanistan.

The Taliban and al-Qaida were military organizations committing atrocities in the name of Allah, but increasingly they operated like criminal organizations that ran not on religion, but money. That money paid for every bullet and bomb, kept troops together and villages friendly, and bought information and protection, vehicles and fuel, hearts and sometimes minds.

Like any criminal operation, most of that money came from criminal activity: physical theft, or the sale of wares such as weapons, drugs, and, increasingly, human beings for ransom, slavery, or sex.