Static On The Line 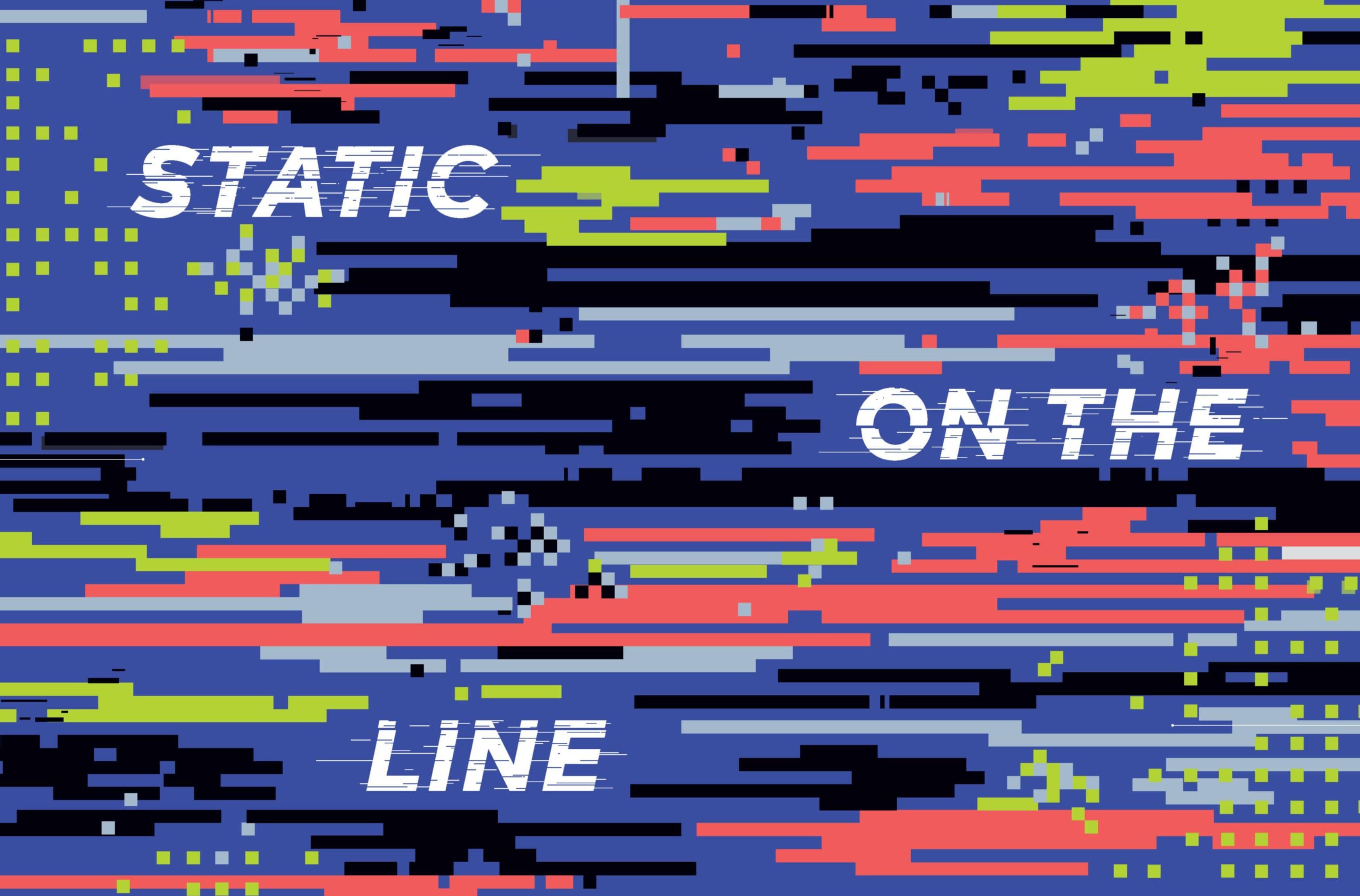 When our farthest-out craft call home, space itself sends a message.
Ryan Bradley

Look up. Somewhere beyond our solar system, where it’s well below zero, pitch-dark, and the next-nearest star is a 400-century ride away, an electrical charge sparks a radio signal. The blip is faint, some 22 watts, no more power than a typical refrigerator bulb needs. The source is Voyager I. Its12-foot antenna is calling home from the blackness.

Twenty-some hours later, after an epic interstellar journey, this rippling wave will reach Earth. By the time the ping gets here, its strength has dramatically diminished—down to about 0.1 billion-billionth of a watt. The signal’s trip across our solar system is over, but its voyage has just begun. The challenge now is greater than crossing our corner of the galaxy; it is to hear and make sense of the information within the message, the most distant whisper of our own creation.

Capturing this tiny sliver of nearly nothing takes highly trained and technical ears. Several of them. For Voyagers I and II, they take the shape of three 21-story-tall dishes—each with a diameter of 230 feet and a heft of nearly 3,000 tons—positioned evenly across the globe. Constructed specifically for deep-space listening, they turn skyward, ready to receive the probes’ daily status reports.

One of the dishes, dubbed DSS-14, looms over a lonely patch of Southern California’s Mojave Desert, approximately 60 miles from the nearest highway. It nestles in a small valley, between low craggy mountains—the remnants of long-dead volcanoes. To get anywhere near it, you pass through two layers of security gates at Fort Irwin military base. An extensive briefing introduces you to the neighbors, which include unexploded ordnance, three species of rattlesnake, camel spiders, scorpions, and packs of feral donkeys, which have a yen to gallop up and bite a chunk out of an unsuspecting visitor just for the hell of it.

DSS-14 appears around a bend in the road, standing like a sentinel, casting a long, warped shadow on the bright desert floor. Overhead, turkey vultures ride the wind by its rim. All is silent, apart from the gusts and the crunch, crunch, crunch of footsteps on the sand. But there is another sound too, somewhere far beyond all human hearing, mixed in with the hum of the rest of the universe.

The Fort Irwin-based complex—which NASA’s Jet Propulsion Laboratory named Goldstone after a long-abandoned mining town-houses about a dozen smaller dishes too, the first of which went online in 1958. (A decommissioned Apollo antenna still haunts the scrubby ground.) There are similar fields in the Australian bush, outside Canberra, and in Robledo de Chavela, near Madrid, which were established in 1965. DSS-14 and its international copies went up in the 1960s and ’70s. Since the Mercury IV mission in 1964, these three arrays have linked us with every craft we’ve sent above low Earth orbit.

The positioning of the gargantuan ears is key. The three sites are spaced by longitude (120 degrees apart for full 360 coverage) and united in proximity. Proximity to approximately nothing. Isolation prevents the high- powered space signals and earthly communications—like chatter from air-traffic control— from interfering with one another.

The three facilities and their antennas comprise the Deep Space Network, a program run out of JPL headquarters near Pasadena, California. The system constantly listens for pings from and sends commands to about 40 probes, spacecraft, satellites, and rovers. Some are as close as the moon. Others are way afield, like Juno whizzing around Jupiter, and New Horizons, which in mid-2015 buzzed Pluto. And, of course, Voyagers I and II, both of which launched in 1977 to study Jupiter and Saturn. They’re the oldest and farthest-flung missions NASA or JPL—or anyone—oversees.

Downloads from the two Voyagers deliver insights about the rarefied world of interstellar space: observations about low-energy charged particles, magnetic fields, and the plasma that accounts for the majority of our universe. The data rides the waveform as strings of ones and zeros, at a rate of 160 bits per second (that’s one-fifteenth the info of the slowest fax-machine connection). Studying it has helped physicists do things like outline the contours of the heliosphere—the magnetic bubble that surrounds our solar system—and determine the speed of the sun’s wind. 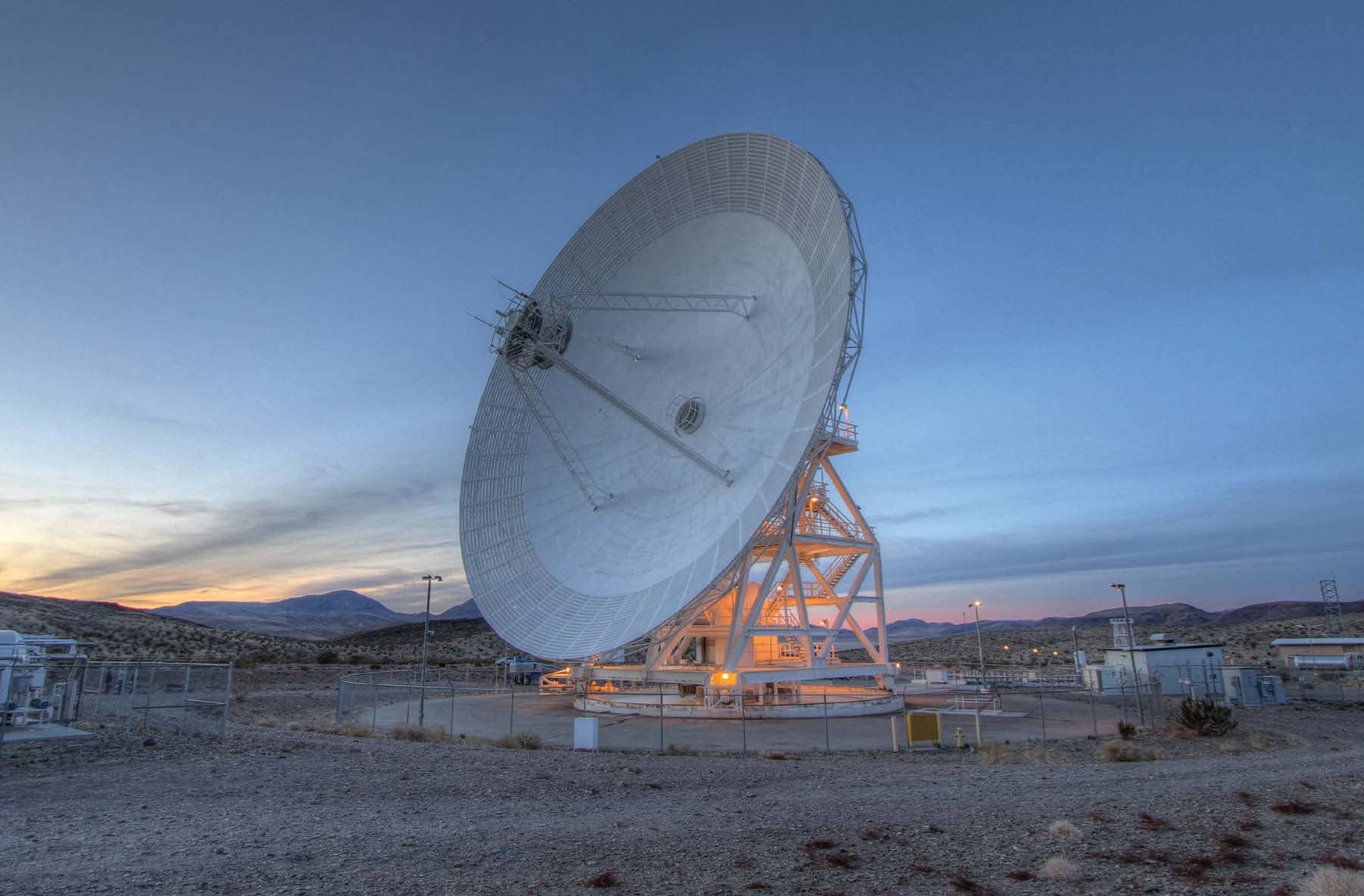