How Science Is Fighting Wilder Wildfires Than Ever Before 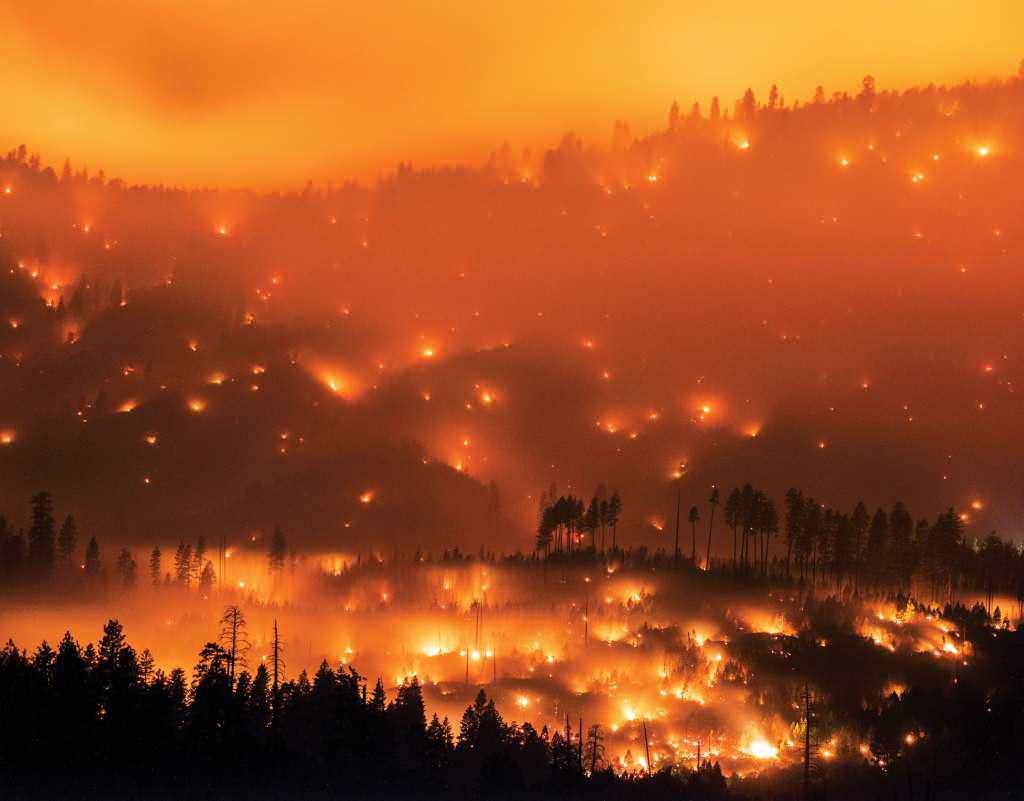 In the midst of a nightmarish wildfire season, scientists are often the only barrier between life and death.

AT 6 A.M. ON AUGUST 19, JULIA RUTHFORD WALKS ONTO A MAKESHIFT STAGE IN A TENT CITY THAT’S SPRUNG UP IN CHELAN FALLS PARK, THREE HOURS EAST OF SEATTLE. A HUNDRED AND FIFTY FIREFIGHTERS, WEARING T-SHIRTS RINGED WITH DRIED SWEAT AND SMELLING OF SMOKE, WAIT TO HEAR WHAT THE DAY WILL HOLD.

Some chew tobacco. Some sip coffee from Styrofoam cups. A few hack dry coughs. The group is worn thin. For the past 22 days, many have worked 16-hour shifts fighting a group of wildfires outside Chelan, a 4,000-person town. As of that morning, 500 square miles of Washington are burning.

“It’s another critical weather event,” Ruthford says into a microphone. A National Weather Service meteorologist, Ruthford’s responsible for a daily morning briefing, with a detailed forecast for the wildfires known as the Chelan complex. Smoke has socked in camp, and she’s issued a Red Flag Warning signifying dry and unstable conditions, ideal for the rapid spread of fire.

“Expect the winds to get squirrely in here along the bend,” Ruthford says. She runs a finger along the ridges by a lake on the camp’s map. “Winds will start shifting from the south to the northwest after 15:00.”

Ruthford’s stooped shoulders and dour expression match the camp’s mood. She has been forecasting weather for this fire for two weeks and knows what the blaze can do. One day, it sent 200-foot flames shooting through Douglas fir and ponderosa pine trees beneath alpine glaciers, where fires burn only every 300 to 500 years.Another day, lightning lit off a handful of new blazes around Lake Chelan, and 56,000 acres blackened in 24 hours. The strong winds she’s forecasting, up to 30 miles per hour, will breathe life back into even smoldering embers.

“Be very careful out there today,” Ruthford says.

how dangerous a fire becomes. Flames can move almost as fast as the wind, and extreme heat often creates bizarre effects. During Wisconsin’s Peshtigo fire of 1871, for example, a cold front and twisting winds combined to form a fire tornado. That blaze killed 1,500 people. It burned so hot, silica in the soil evaporated. When the thunderheads rained, the mineral fell in molten form. Survivors found birds—suffocated midflight by the fire’s in satiable appetite for oxygen—encased in glass.

For the Chelan complex, it’s Stewart Turner’s job as a fire-behavior analyst to predict how flames will spread. “The topography and fuel conditions are constants for us,” Turner says. “The only thing that changes is the weather.”

That’s why Turner relies on incident meteorologists (IMETs). Ruthford’s one of just 83 IMETs nationwide. Each holds a full-time forecasting job for local weather offices, but they’re also on call for any disaster. IMETs forecasted Hurricane Katrina and Hurricane Sandy as they unfolded, as well as aftermath of the Deepwater Horizon oil spill. But most often, they’re on wildfires. When working on some thing like the Chelan complex, Ruthford will churn out two daily forecasts, plus a long-term outlook, for an area as large as 50 square miles or as small as a stadium. Over a typical 16-hour shift, she might radio fire crews detailed changes in winds, speak at community meetings, or create forecasts for specific locations, such as a particular ridge on a fire line. 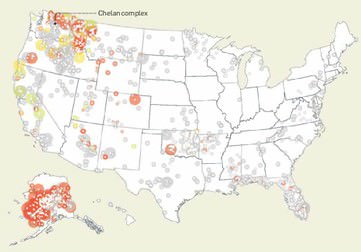