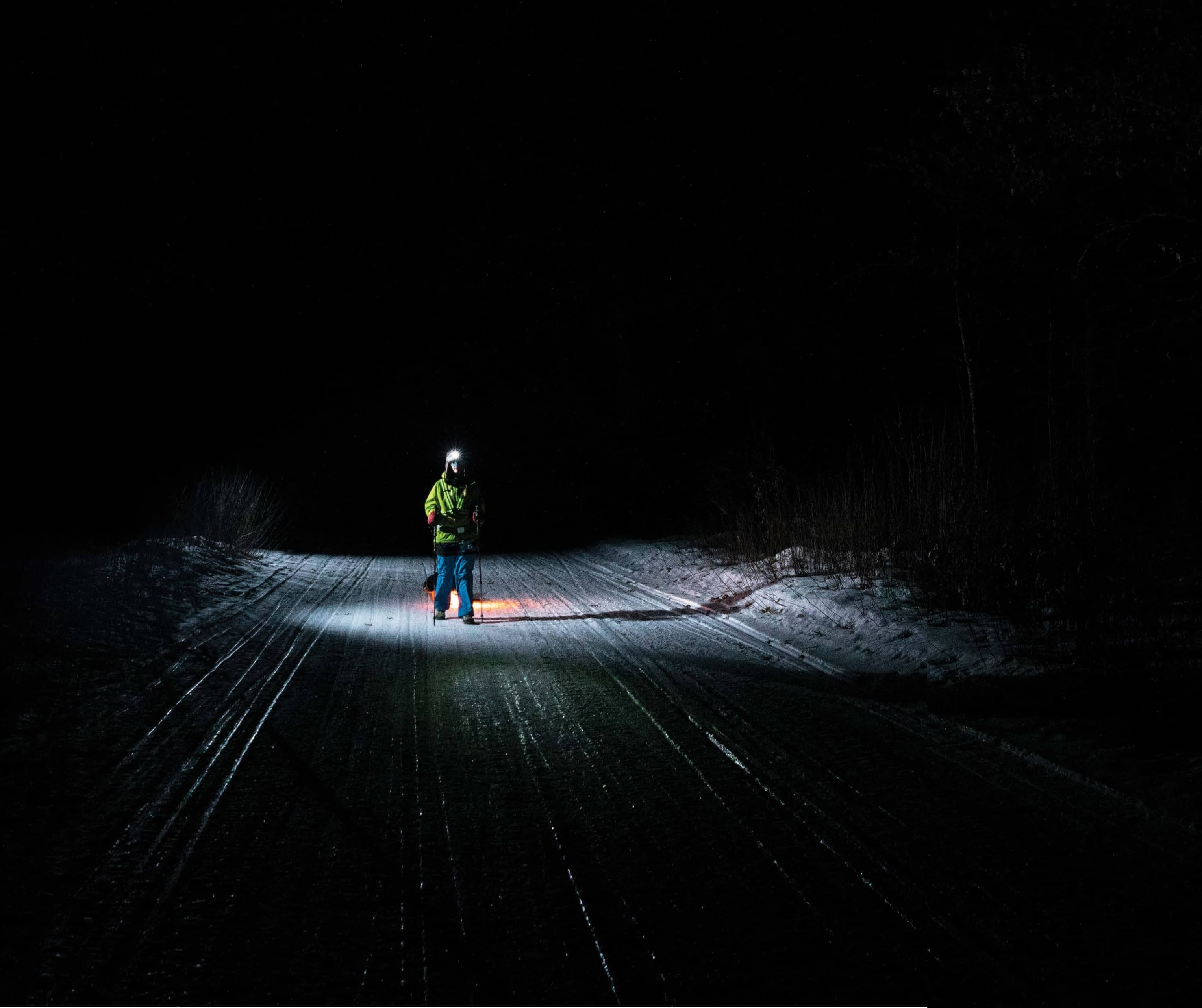 Endurance athletes and the pleasure of pushing it

It is 10°F outside of the wood-beamed shelter at St. Croix State Park, a 34,000-acre pine-and-oak expanse in eastern Minnesota. Hell, it’s cold inside, despite two fireplaces blazing, their smoke pulled into flared metal chimneys that resemble the business ends of rockets. The 54 athletes standing around keep their hats on, for the most part. Each has spent good money to embark on exactly the kind of endeavor most people would pay to avoid: running or skiing—whichever suits their fancy—for 40 miles. At night. In Minnesota. In January. While pulling a sled packed with 30-plus pounds of supplies.

This torture fest is called the St. Croix 40 Winter Ultra, and its participants find pleasure in the hardship. At 4:30 p.m. they jiggle their legs and apply insulating tape to their cheeks and noses while the organizers give a prerace pep talk.

He soon passes the stage to Lisa Kapsner-Swift, his co-organizer and wife, who talks about what the racers can do if they feel like they’re coming down with the winter- ultra baddies: trench foot, frostbite, hypothermia.

The advice washes over Meredith O’Neill, who wears glasses and bright blue snow pants; two Heidi braids hang down her shoulders. She’s prepared for months, training to be alone, cold, and tired for what might feel like forever as she runs across an Upper Midwest oak savanna, passes through stands of pines, and treks across acres of trees felled by a storm. She’ll go and go and go until she returns, finally, hopefully, to this same building sometime tomorrow.

It’s fun. Not the normal, easy kind that comes with games of horseshoes or beach volleyball. Wildernessseeking enthusiasts often call that “Type I Fun.” Instead, this is the more complicated variety, “Type II Fun,” which basically encompasses an activity—like backpacking up a steep mountain or scaling a sheer rock face—that suuuuuucks when you’re doing it but seems cool in retrospect. (Their categorization system also includes “Type III” activity, which is never actual fun and puts your life in danger.) 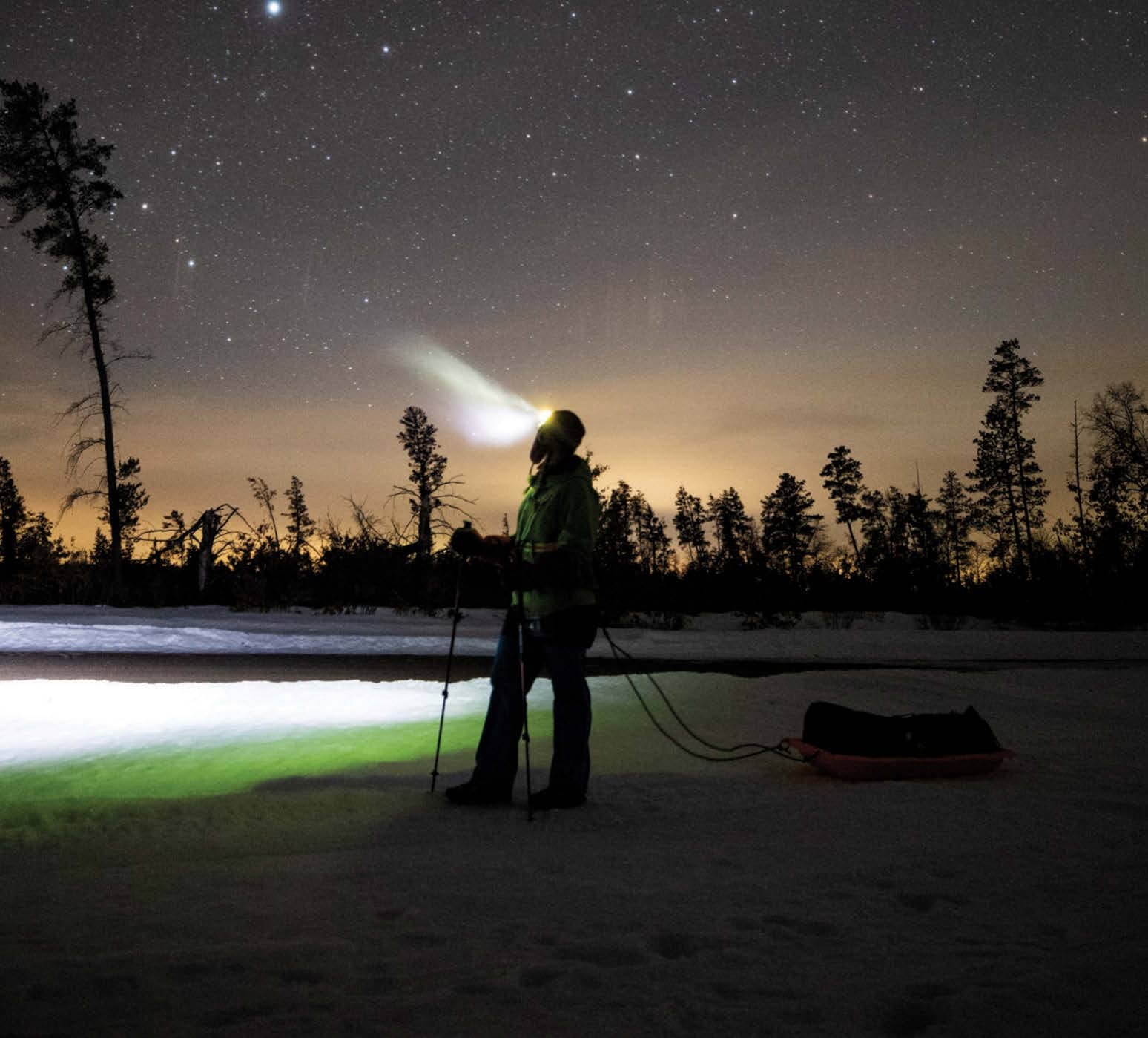 Type II recreation appeals to a variety of nature-loving folks, including a growing community of runners called ultramarathoners— those who think the traditional 26.2-mile course isn’t a big-enough test of physical endurance and mental fortitude. Their events mostly take place on remote trails, rather than on big-city streets with live bands and aid stations stocked like curbside Trader Joe’s. There were just over 100,000 finishes in ultraraces around the world in 2018, compared to 1.1 million for marathons. The extreme feats have to cover at least 31 miles (50 kilometers) and sometimes include extra challenges, like St. Croix’s sleds and snow. For tonight’s contest, participants must bring along, among other things, insulated water containers, gear for sleeping in the elements, a stove kit, and enough food to finish the course with 3,000 calories to spare.

Sports psychologists have investigated the why of races like this one, looking closely at people who think that “more than a marathon” sounds like a terrific Saturday. What they’ve found is that ultrarunners get a kick out of tackling self-imposed challenges, forming community while also pursuing solitude, exploring the wilderness as well as their own limits, and then applying the idea that they can nudge their own boundaries to their tamer everyday lives.

If you ask athletes like O’Neill why they push themselves to and through mile 37 toward the finish line, their anecdata matches scientists’ findings pretty well. “In road marathons, there’s a lot of people, and I’m more introverted,” she says. “I wanted something a little quieter, more nature-filled.” 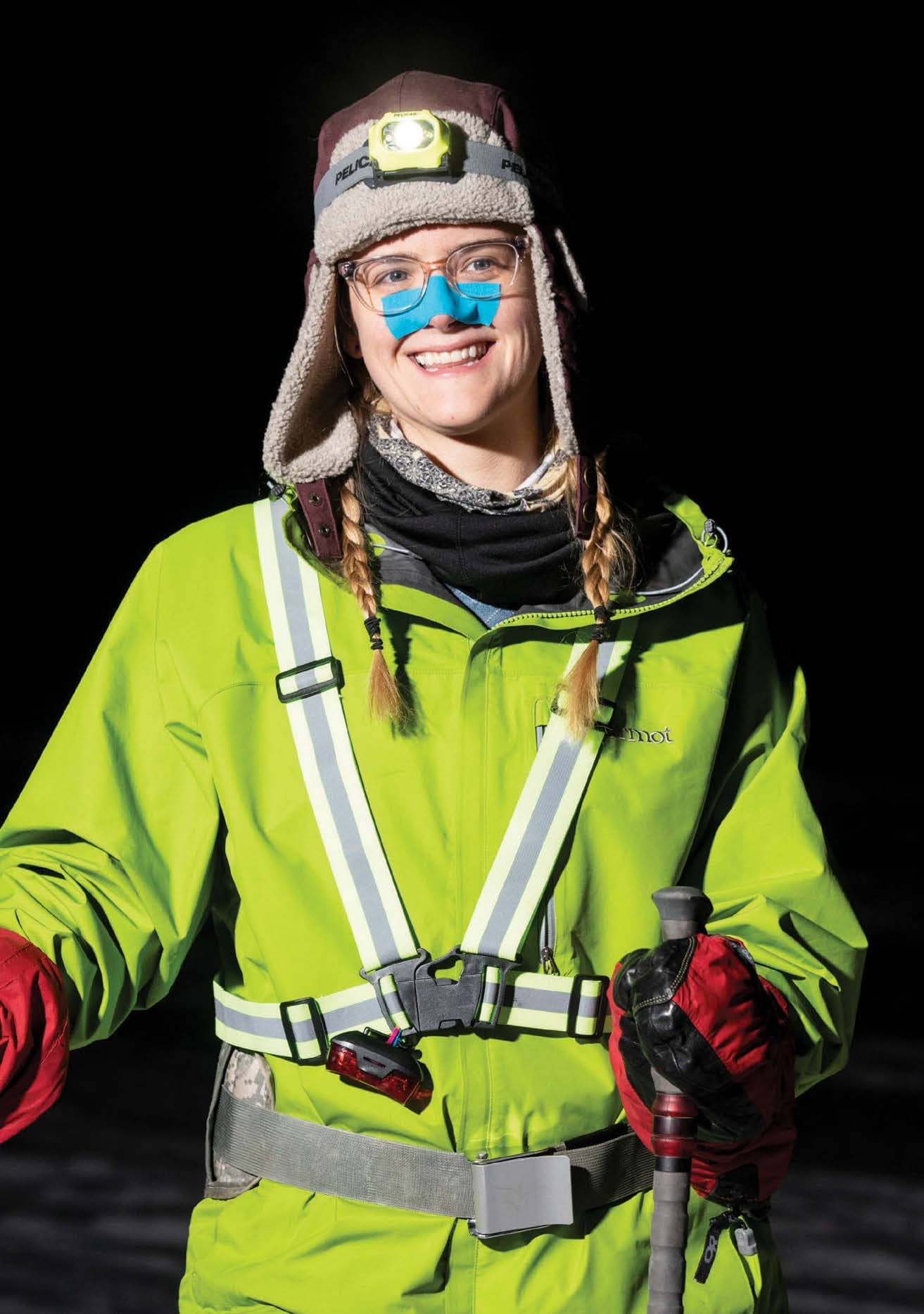 O’Neill realized she could continue beyond where her biology told her to stop. That it was thrilling to go past her usual boundaries. “Your brain is holding you back a little bit to protect you,” she says. “But that’s sort of a wiggly, wobbly line that you can push further.”

It’s an idea exercise scientist Tim Noakes first suggested in the 1990s and dubbed the “central governor” theory: Your brain sends a signal to the rest of your body, informing the muscles that they’re too tired to possibly go on, and that if they do, they might damage themselves. But that signal comes long before it needs to, when the body still has tons of energy left.

Finding out how much literal and figurative fuel she has propels O’Neill into the now-single-digit Minnesota night—that, and seeking the kind of peace physical exertion provides. “It’s one of the few times I don’t really think about anything other than how far I’ve gone and how far I have to go and whether I feel okay,” she says. “I’m very present. I like it. I like having that calm.”