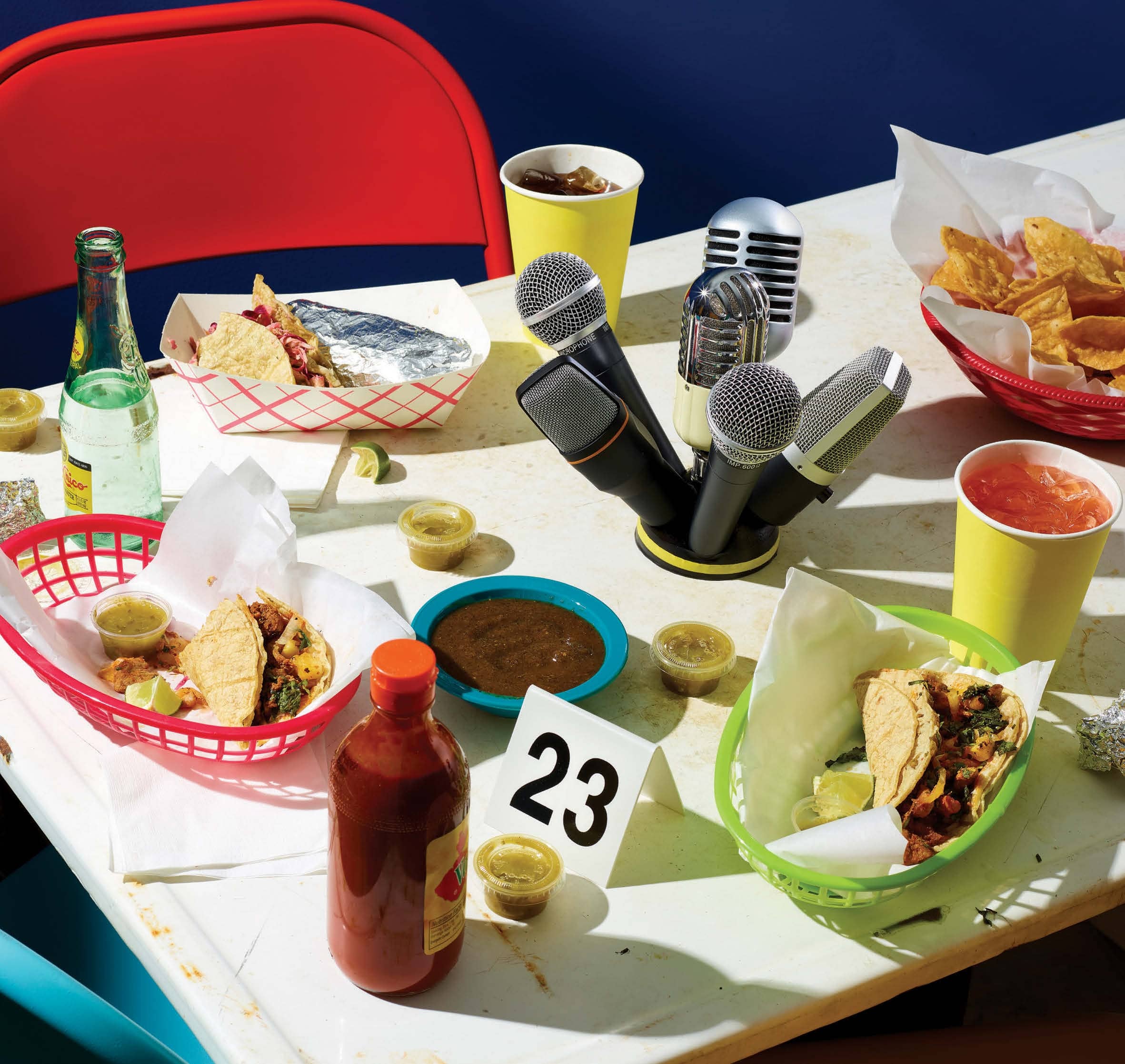 Oaxacan-inspired restaurant in Berkeley, California, has all the ingredients for the kind of ear-splitting ambience that’s become familiar in modern eateries: packed bar, open kitchen, high ceilings, and concrete walls. But when I join a dinner there one spring evening, it’s easy to jump into the margarita-fueled conversation and order up plates of grilled corn, carne asada tacos, and rotisserie chicken with mole.

Despite the clinking cutlery and up-tempo Latin rock music, nobody strains to hear the waitress when she points out the chipotle, habanero, and chile de arbol salsas that she plunks down with our chips.

This apparent sonic miracle is crafted by computer. An algorithm embedded in a system of networked microphones and speakers carefully controls the din. Called Constellation, the setup is the brainchild of San Francisco Bay Area firm Meyer Sound. The company, run by John and Helen Meyer, has built audio systems for concert halls, sports venues, and Broadway theaters for 40 years.

The couple first turned their ears to restaurant noise one night in 2010, when they met some good friends at an upscale tavern famed for its seasonal Mediterranean fare. The meal was superb. The racket of a packed house and an open kitchen was unbearable. Their table talk all but ceased.

While most people would just raise their voices for the evening and move on, John was inspired. He’d found their next challenge.

“We were trying to figure out exactly what interferes with conversation at the table,” John says. “What is the real problem? Why are people shouting?”

Ear-weary customers everywhere are asking the same questions. In the past decade, noise has risen to the top of annoyances in Zagat’s annual Dining Trends surveys, beating out poor service, bad food, and high prices. Restaurant critics in America’s major cities tote decibel meters to their meals. Apps like iHearU and SoundPrint help people vet their choices and share the results. Social media and mounting research about related health risks amplify complaints.

Diners might think the worst impact of a high-volume meal is a ruined night out, but University of Michigan public health researcher Rick Neitzel says eateries are part of a larger problem. Our cumulative sound exposure can increase our risk of hearing loss, heart attack, and stroke. “Your ears don’t care where the noise comes from,” he says. “They only care how much you get.”

It’s hard to pin down exactly how much extra volume is assaulting our eardrums when we eat out because most of the evidence is anecdotal. But consider a 1993 study of about a dozen dining establishments, which found that sound levels peaked at 68 decibels (a little louder than normal chitchat). Compare that with a much larger 2018 survey of New York City restaurants, in which one-quarter hit at least 81 decibels (more like a garbage disposal), the average level was 77, and just 10 percent were 70 decibels or below. The report deemed those “quiet.”

Saving dinner conversation isn’t as simple as turning down the in-house music. So some restaurateurs have started hiring consultants to diagnose their sonic ailments and prescribe a variety of architectural tweaks and sound-absorbing decor. A properly tuned environment ensures privacy for each table, and lets people chat and order in normal speaking voices—all without damping the buzz that keeps the atmosphere energetic.

John told Helen that, with the right tweaks, he could adapt Constellation—which Meyer had originally designed for concert venues— to offer a range of vibes for everything from a mellow Sunday brunch to a lively Saturday night. He and Helen began recording dinners at restaurants (with the owners’ OK) to find out what acoustic canvas they were starting with. In the center of the table, they’d plop a nest of six microphones crammed into what looked like a mesh flying saucer. The contraption captured the auditory mix from every angle so the team could later play it back and study it. Ultimately, they’d reverse- engineer the noise into something completely new.

The sprawling corporate campus of Meyer Sound was once a ketchup factory in the Berkeley flatlands. Inside a square block of low-slung, concrete buildings topped by red-tile roofs, massive factory floors with ample space for assembling speakers and other audio components surround a small, white-and-gray soundproofed chamber. This is the lab where the outfit’s handful of senior staff go to test out new ideas.

One morning, John Meyer sits in the middle of the room wearing a rumpled blue-checked shirt and tan chinos. Wire-rimmed glasses and an untamed gray beard frame his squinty, somewhat distracted look as he peers at an array of wall-mounted speakers and dangling microphones. They’re attached to a computerized signal processor that can pick out threads of recorded sound (like the glug of pouring water or a loud laugh), modify their volume, echo, and location, and then weave them back together.