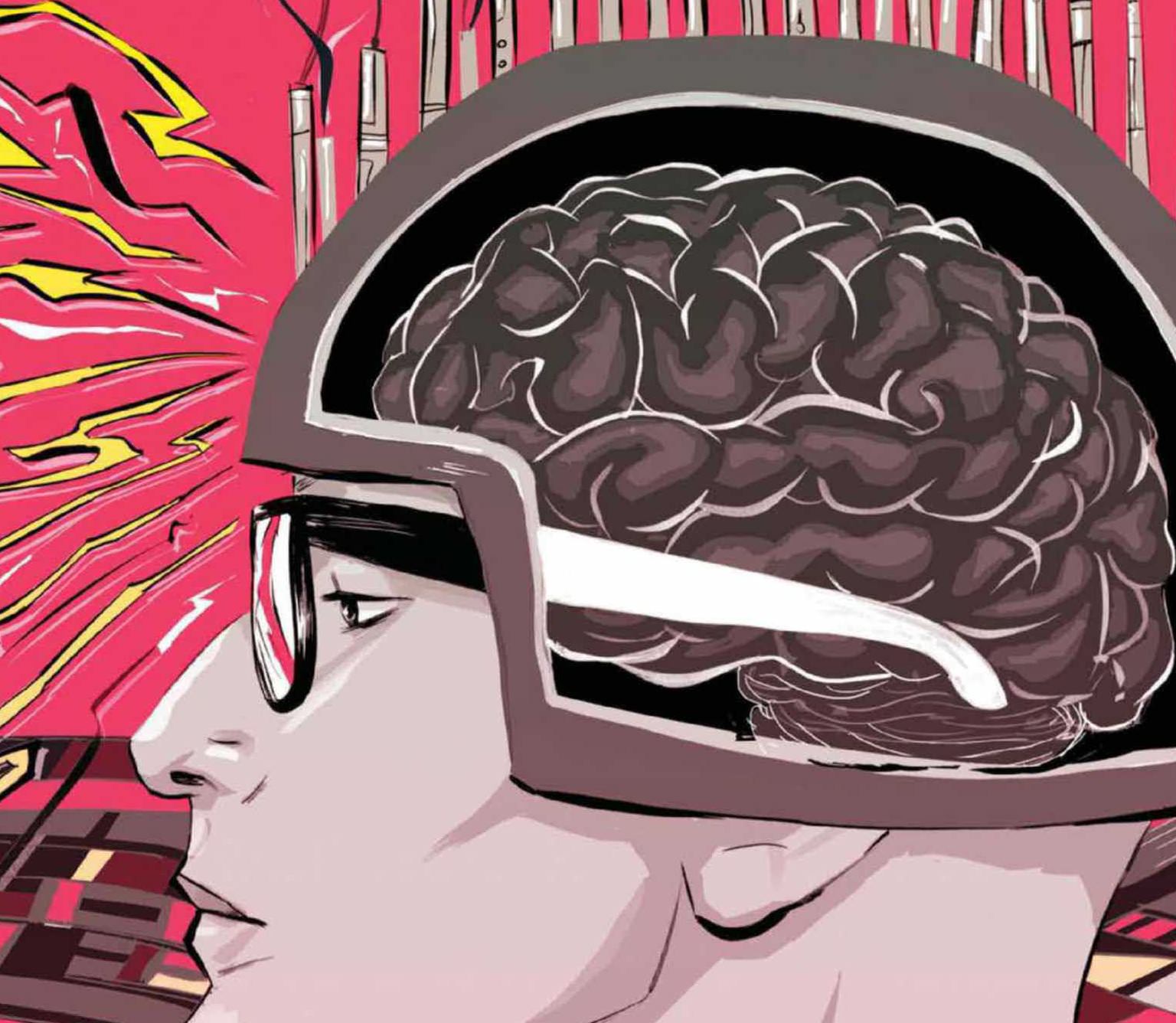 It's going to take more than 10 percent of your brain to read this story.

In the Hollywood action-film Lucy, actor Morgan Freeman—playing a world-renowned neurologist— speaks to a packed auditorium. “It’s estimated most human beings only use 10 percent of their brains’ capacity,” he says. “Imagine if we could access 100 percent.” You may have heard that claim before. Unfortunately, it’s just not true. And after watching Lucy, Ramina Adam and Jason Chan, two neuroscience graduate students at Western University in Ontario, decided to set the record straight. “We realized we had to do something about all this misinformation,” Adam says. They set out to collect common misperceptions about how the brain works, and we lent a hand in debunking them.

1. We use only a fraction of our brains.

In 1907, famed psychologist William James claimed, “We are making use of only a small part of our possible mental and physical resources.” A journalist later misquoted him as saying the average person develops only 10 percent of his mental capacity. Scans, however, show that we use every part of our brain, though not all regions are active at once. (Sorry, Morgan.) That’s why damage to any area of the brain—such as the aftermath of a stroke—usually results in mental and behavioral effects.

The state of Georgia  began distributing classical music CDs to the families of newborns in 1998. Each CD included a message from the governor: “I hope both you and your baby enjoy it—and that your little one will get off to a smart start.” While the sentiment is appealing, the so-called Mozart Effect is dubious. The idea sprang from a 1993 study at the University of California at Irvine, which showed that 36 college students performed better on an IQ test after listening to Mozart than after relaxation exercises or silence. No one has been able to replicate those results. In fact, a 1999 Harvard University review of 16 similar studies concluded the Mozart Effect isn’t real.

Adult rats, rabbits, and even birds can grow new neurons, but for 130 years, scientists failed to identify new brain-cell growth in adult humans. That all changed in 1998,when a Swedish team showed that new brain cells form in the hippocampus, a structure involved in storing memories. Then, in 2014, a team at the Karolinska Institute in Sweden measured traces of carbon-14 in DNA as a way to date the age of cells, and confirmed that the striatum, a region involved in motor control and cognition, also produces new neurons throughout life. While our brains aren’t exactly an orgy of wildly replicating cells, they do constantly regenerate.