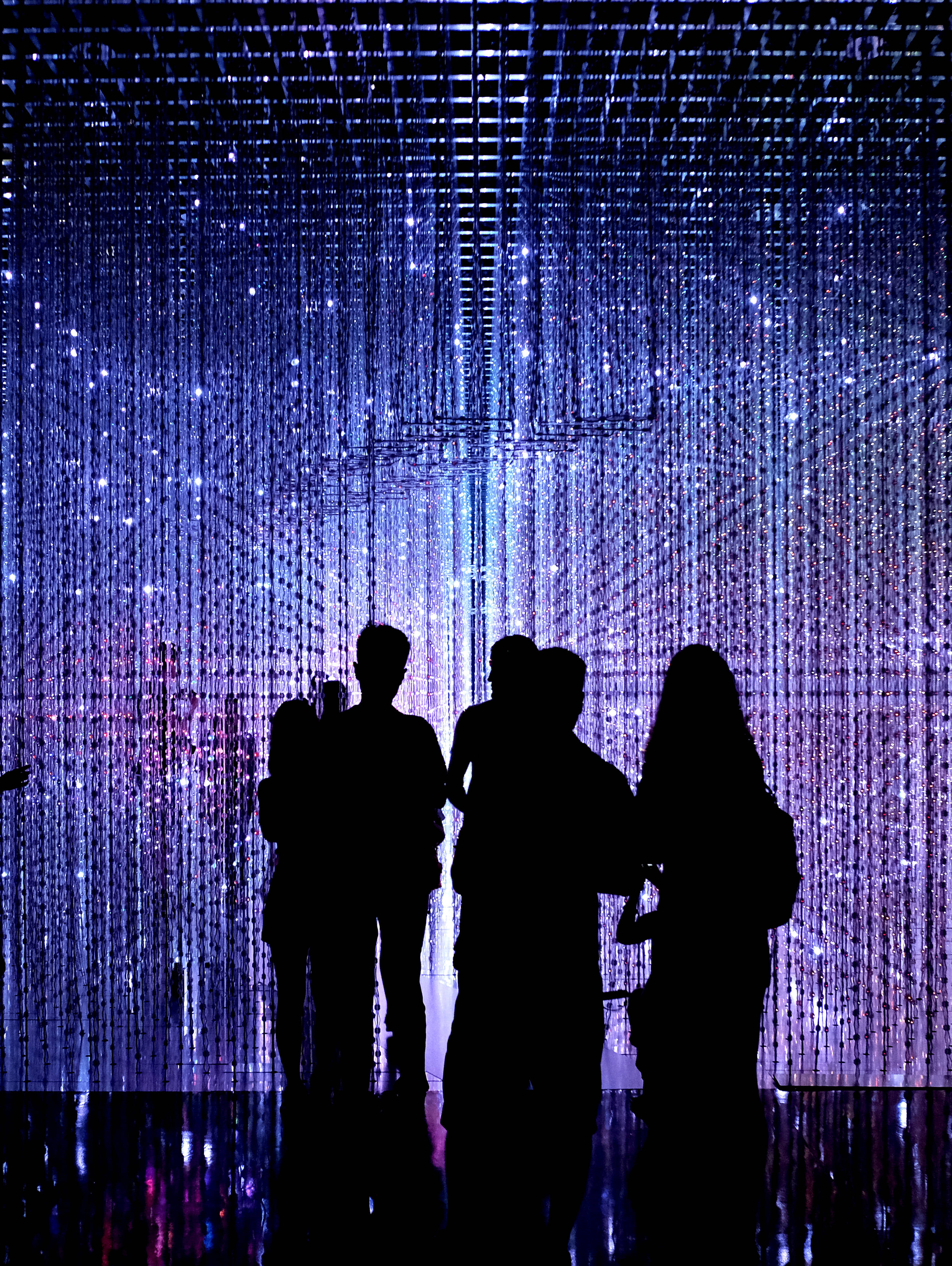 There’s a beautiful future ahead, but maybe not for all of us.

On a recent trip to Tokyo and Seoul, I encountered a trio of “museums of the future”—the Mori Art Museum, the Mori Digital Art Museum/ TeamLab Borderless, and SKT T.um—where art and engineering come together to provide visions of 2050 and beyond.

These smart, eye-opening, and thought-provoking exhibits are full of hope, but they left me wondering if the United States can keep up or whether we’ll be left behind in traffic-clogged, crumbling, or even abandoned cities.

The Mori Art Museum is at the top of a skyscraper in Tokyo’s Roppongi Hills neighborhood, part of a sealed arcology of offices and restaurants surrounding a gigantic Louise Bourgeois spider sculpture. At night, you rise via escalator from the streets of Tokyo into a quieter, orderly place, then ascend even farther on long elevators to Mori’s aerie.

The museum’s current Future and the Arts show features the good, the bad, and the weird of the future. I was most taken by the city designs: ways for us to live together in a hotter, wetter, more connected world. There are also experiments in 3D-printed buildings and food (sushi ends up looking like Legos), some really creepy post-humanist printed organs, and a chair you can sit in while disturbingly realistic, auto-generated bot tweets descend on printed tape from the ceiling.

There’s art about ubiquitous surveillance, a decent mockery of Bitcoin, crazy biological building shapes, and a virtual diva. It doesn’t tell you how we’re going to get to these places as a society, but it does plant hope in your mind. 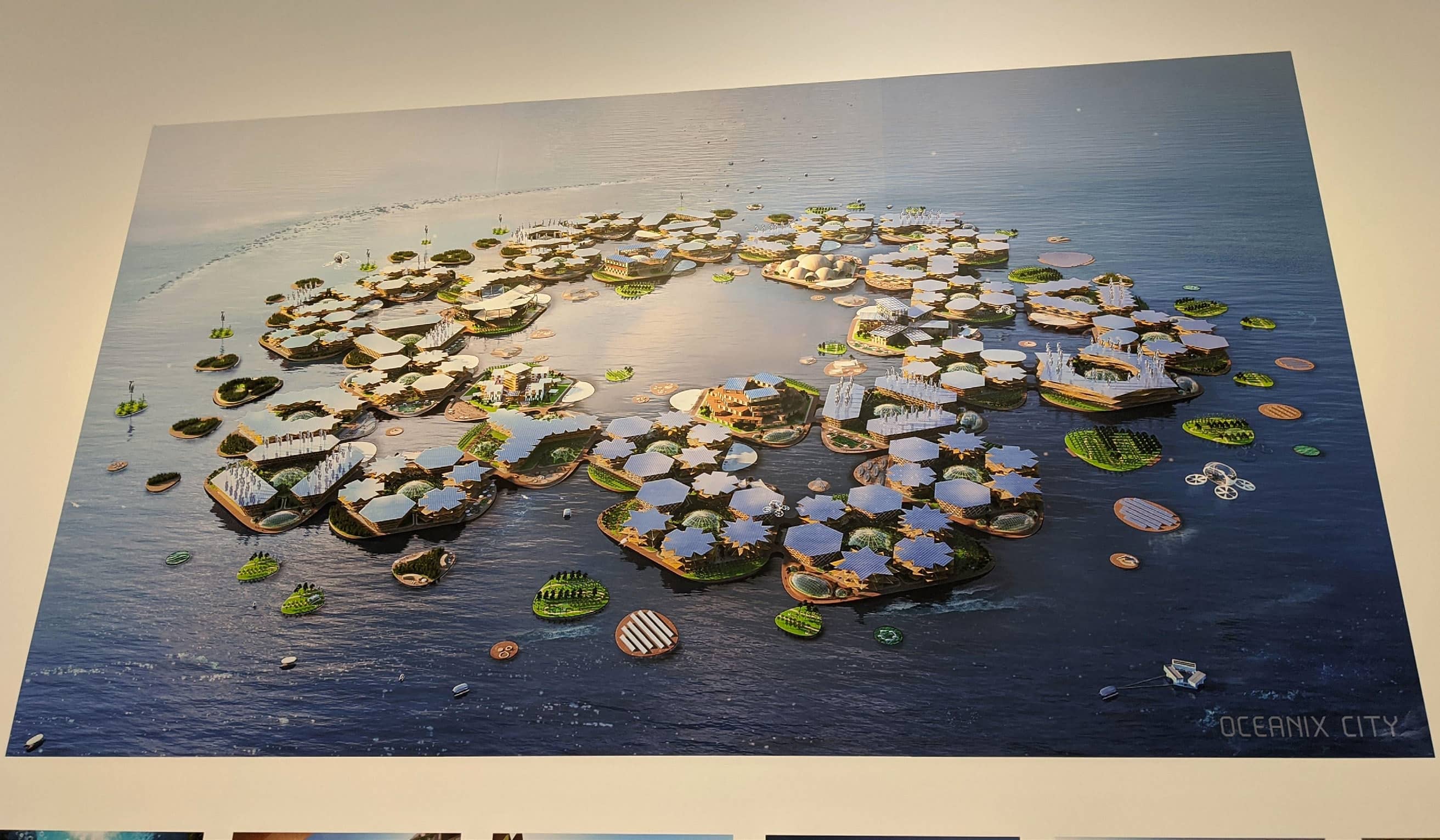 Human ingenuity isn’t used up, the show tells you. If you’ve been wondering why we have Facebook instead of flying cars, Future and the Arts gives you flying cars, art robots, and genetically modified children with DNA from five different parents. The show doesn’t always judge whether these things are good (except for the sustainable city designs—they’re good), but it’s proof that people are working on and thinking about innovations beyond better ways to steal elections and serve up more targeted ads.